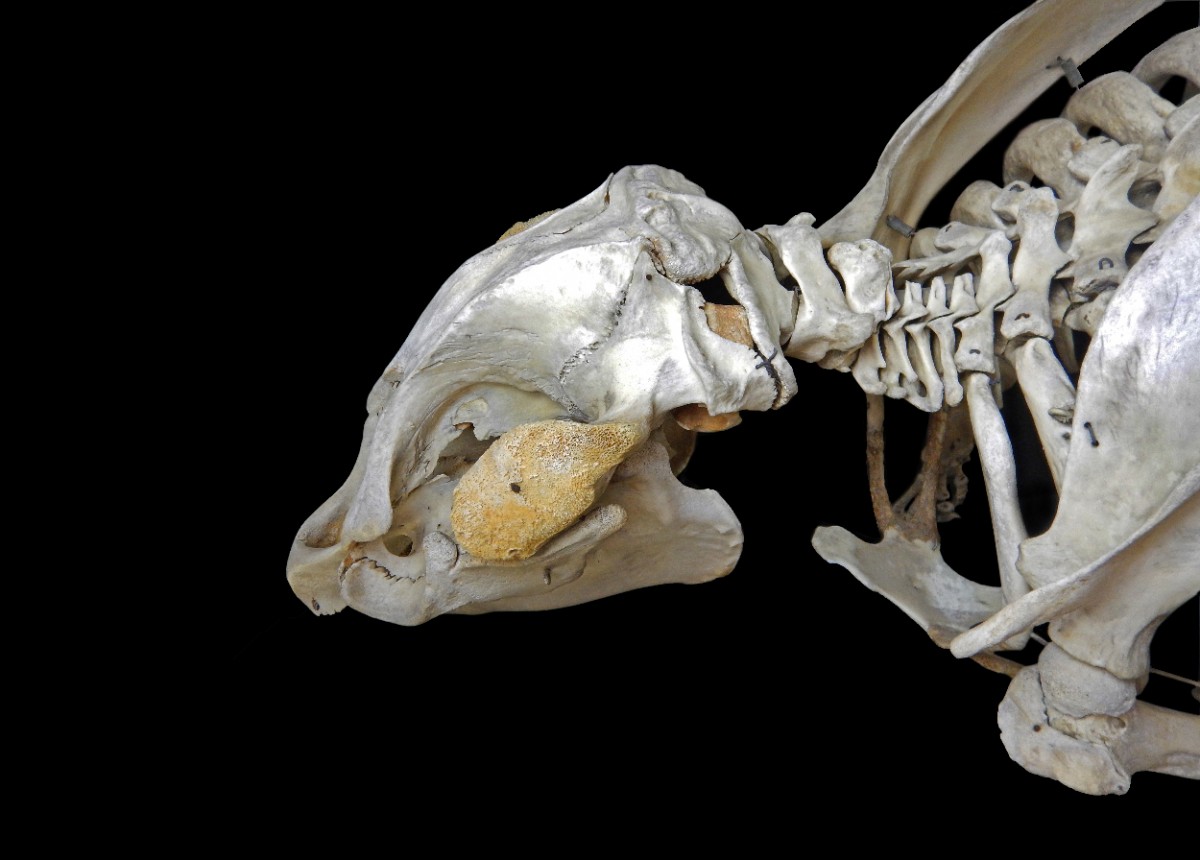 The call of the sea: Mammalian evolutionary transitions back to the sea

Evolutionary trade-offs amongst hundreds of genes

Though mammals adapted on land, a new study by Maria Chikina and Nathan Clark has shown that during three major independent evolutionary events, a number of mammals harkened back to the sea.

For the manatee, walrus, dolphin, and killer whale, the return to the sea involved many evolutionary trade-offs amongst hundreds of genes: a general loss of the number of sensory genes for smell and taste, new functions for genes forming skin and connective tissue, and genes involved in muscle structure and metabolism.

In a massive undertaking, they used 59 placental mammal genomes to calculate the relative rates of evolution for all branches in 18,049 gene trees. To hone in identifying key genes, they used a new approach: rather than catalog single genetic mutations from genome-wide studies, or look for candidate genes in key pathways, or catalog single amino acid changes at the protein level, they calculated a genome-wide average rate of evolution across all species. Then, they determined whether sea mammals had put the evolutionary gas pedal or brake on compared to the average rate. In the next step, they employed these relative rates to identify those genes that may have independently shifted to higher (or lower) rates for five marine species – bottlenose dolphin, orca, walrus, Weddell seal, and West Indian manatee. “By exploiting the diversity within mammals, we stand to learn much about our own genetics and physiology,” said Clark. “Our new approach is poised to reveal the evolutionary adaptations for countless other environments, from the sea, high altitudes, the desert, or even underground.”

They identified hundreds of genes that revealed three main evolutionary themes – a burst of adaptation, followed by relaxation, and additional constraint – in response to the marine environment.

Next, to ask which biological functions were enriched among marine-accelerated genes, they searched databases of gene pathways and mutant phenotypes. The marine-accelerated genes were significantly enriched for functional categories that align well with current knowledge of marine mammal adaptations: sensory systems, muscle function, skin and connective tissue, lung function, and lipid metabolism. For example, they found also accelerated adaptation for a gene encoding a lung surfactant protein (SFTPB), which may have been due to lung changes necessary for diving.

Interestingly, evolutionary decelerations associated with marine species accounted for a larger proportion of genes (~11%) than the accelerated classes (~9%). The function of these genes were involved in molecular maintenance strategies, such as DNA repair, chromosomal maintenance, immune response and programmed cell death. The authors argue that the “slower rate of change in these functions is consistent with increased constraint on somatic cell maintenance as would be required in these relatively long-lived and large-bodied mammals, illustrated by the additional large and long-lived species with slower rates in these genes (e.g. double-strand break repair gene XRCC4 is also highly constrained in elephant.”