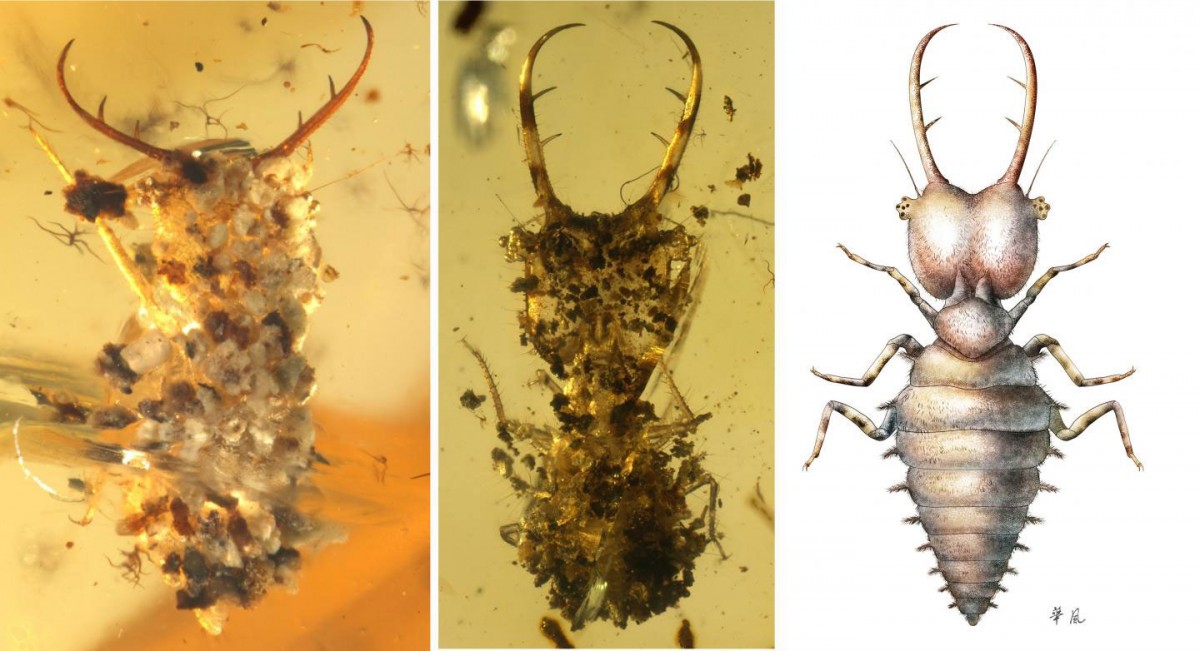 Insects have evolved diverse types of camouflage that have played an important role in their evolutionary success. Debris-carrying, a behavior of actively harvesting and carrying exogenous materials, is among the most fascinating and complex behaviors because it requires not only an ability to recognize, collect, and carry materials, but also evolutionary adaptations in related morphological characteristics.

The fossil record, however, of such behavior is extremely scarce, and only a single Mesozoic example from Spanish amber had been recorded previously; therefore, little is known about the early evolution of this complicated behavior and its underlying anatomy.

Dr. Wang Bo from the Nanjing Institute of Geology and Palaeontology of the Chinese Academy of Sciences and his colleagues have now reported a diverse insect assemblage of exceptionally preserved debris carriers from Cretaceous Burmese, French, and Lebanese ambers, including the earliest known chrysopoid larvae (green lacewings), myrmeleontoid larvae (split-footed lacewings and owlflies), and reduviids (assassin bugs). The study was published on Science Advances, Friday, 24 June 2016.

These fossils are the oldest direct evidence of camouflage behavior utilizing trash in the fossil record and show unequivocal evidence of camouflage in immature lacewings and reduviids dating back more than 100 million years. They demonstrate that the behavioral repertoire, which is associated with considerable morphological adaptations, was already widespread among insects by at least the Mid-Cretaceous. These findings provide a novel insight into the early evolution of camouflage in insects and ancient ecological associations among plants and insects.

Gleicheniaceae are important components of many Mid-Cretaceous floras worldwide, and are thought to be among the earliest colonizers after fire events. Therefore, the frequent occurrence of gleicheniacean trichomes in the Burmese amber is indicative of fire events during the time when the amber was deposited. This supports a relationship between fire events and the high production of plant resins and also highlights the importance of wildfires in Mid-Cretaceous pre-angiospermous ecosystems.