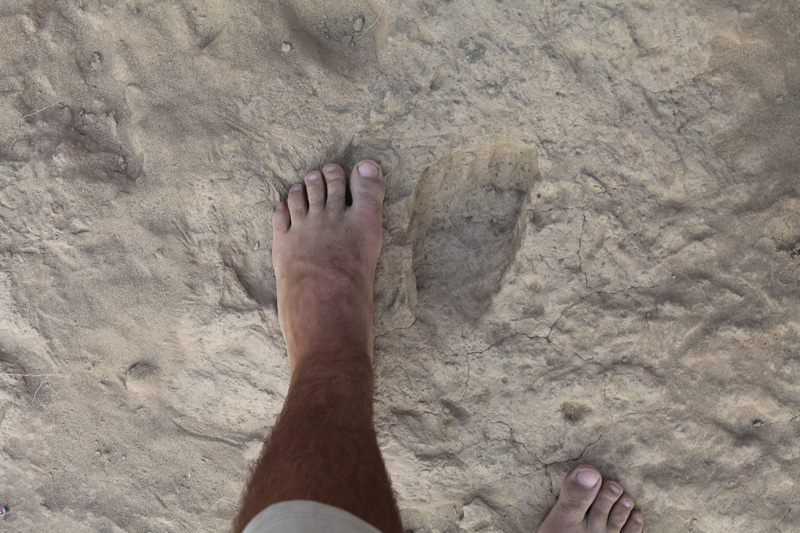 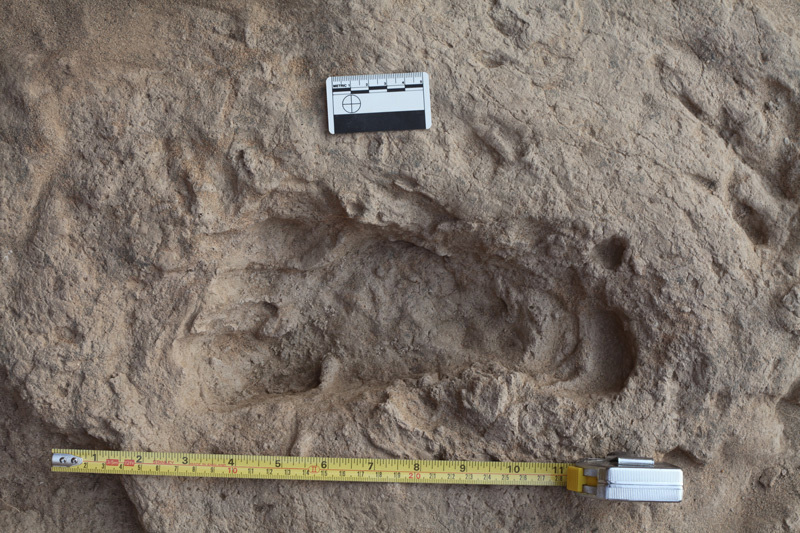 Homo erectus walked as we do

Fossil bones and stone tools can tell us a lot about human evolution, but certain dynamic behaviours of our fossil ancestors – things like how they moved and how individuals interacted with one another – are incredibly difficult to deduce from these traditional forms of paleoanthropological data.

Researchers from the Max Planck Institute for Evolutionary Anthropology in Leipzig, along with an international team of collaborators, have recently discovered multiple assemblages of Homo erectus footprints in northern Kenya that provide unique opportunities to understand locomotor patterns and group structure through a form of data that directly records these dynamic behaviours. Using novel analytical techniques, they have demonstrated that these H. erectus footprints preserve evidence of a modern human style of walking and a group structure that is consistent with human-like social behaviours.

Habitual bipedal locomotion is a defining feature of modern humans compared with other primates, and the evolution of this behaviour in our clade would have had profound effects on the biologies of our fossil ancestors and relatives. However, there has been much debate over when and how a human-like bipedal gait first emerged in the hominin clade, largely because of disagreements over how to indirectly infer biomechanics from skeletal morphologies.

Likewise, certain aspects of group structure and social behaviour distinguish humans from other primates and almost certainly emerged through major evolutionary events, yet there has been no consensus on how to detect aspects of group behaviour in the fossil or archaeological records.

In 2009, a set of 1.5-million-year-old hominin footprints was discovered at a site near the town of Ileret, Kenya. Continued work in this region by scientists from the Max Planck Institute for Evolutionary Anthropology, and an international team of collaborators, has revealed a hominin trace fossil discovery of unprecedented scale for this time period – five distinct sites that preserve a total of 97 tracks created by at least 20 different presumed Homo erectus individuals.

Using an experimental approach, the researchers have found that the shapes of these footprints are indistinguishable from those of modern habitually barefoot people, most likely reflecting similar foot anatomies and similar foot mechanics. “Our analyses of these footprints provide some of the only direct evidence to support the common assumption that at least one of our fossil relatives at 1.5 million years ago walked in much the same way as we do today,” says Kevin Hatala, of the Max Planck Institute for Evolutionary Anthropology and The George Washington University.

Based on experimentally derived estimates of body mass from the Ileret hominin tracks, the researchers have also inferred the sexes of the multiple individuals who walked across footprint surfaces and, for the two most expansive excavated surfaces, developed hypotheses regarding the structure of these H. erectus groups. At each of these sites there is evidence of several adult males, implying some level of tolerance and possibly cooperation between them.

Cooperation between males underlies many of the social behaviours that distinguish modern humans from other primates. “It isn’t shocking that we find evidence of mutual tolerance and perhaps cooperation between males in a hominin that lived 1.5 million years ago, especially Homo erectus, but this is our first chance to see what appears to be a direct glimpse of this behavioural dynamic in deep time,” says Hatala.