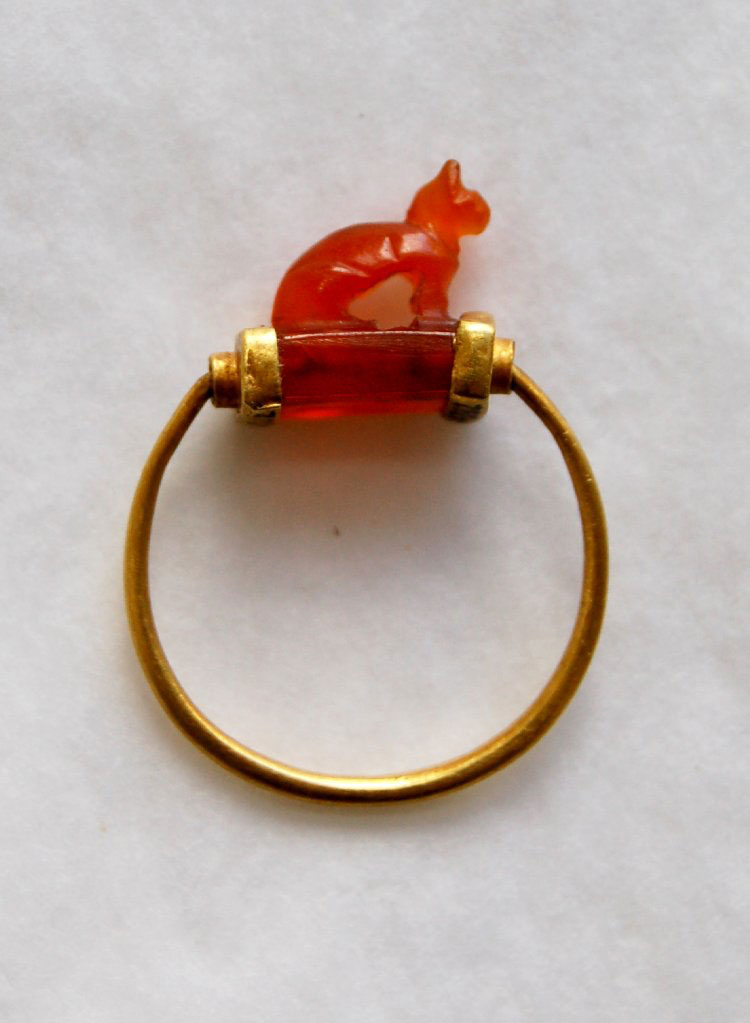 Photo caption
Did you know?: Antiquity

The history of the ring

It was initially used as a unit of exchange

If one examines them closely, almost all objects owe their origins to some sort of use. Thus the decorative ring of today was originally created as an object of exchange, before evolving as a jewel.

The most ancient rings found to date belong to the Paleolithic period and come from the site of Pavlov in the Czech Republic. They are made of mammoth bone and are 21,000 years old.

Experts have stated that in the beginning rings were used as an exchange unit with an easy and secure “storage” on the fingers.

Regarding materials for the making of rings, some gold circulated in the Mediterranean of Prehistoric times, the most usual metals being copper, at an earlier date, and silver later on.

The Romans made personal symbols fashionable again (something perhaps relevant with the prehistoric decoration of rings), as well as monogrammes and portraits that copied coins. Gold, whose value had increased, was the basic metal used for making rings which had become the jewelry of the upper class.

Subsequently we have written testimonies of rings used as talismans to ward off evil, as a symbol of faith (the link that joins) and always as valuables.

Nowadays the commercialization of everything has added various symbolisms to rings, so they can become “bestsellers”.