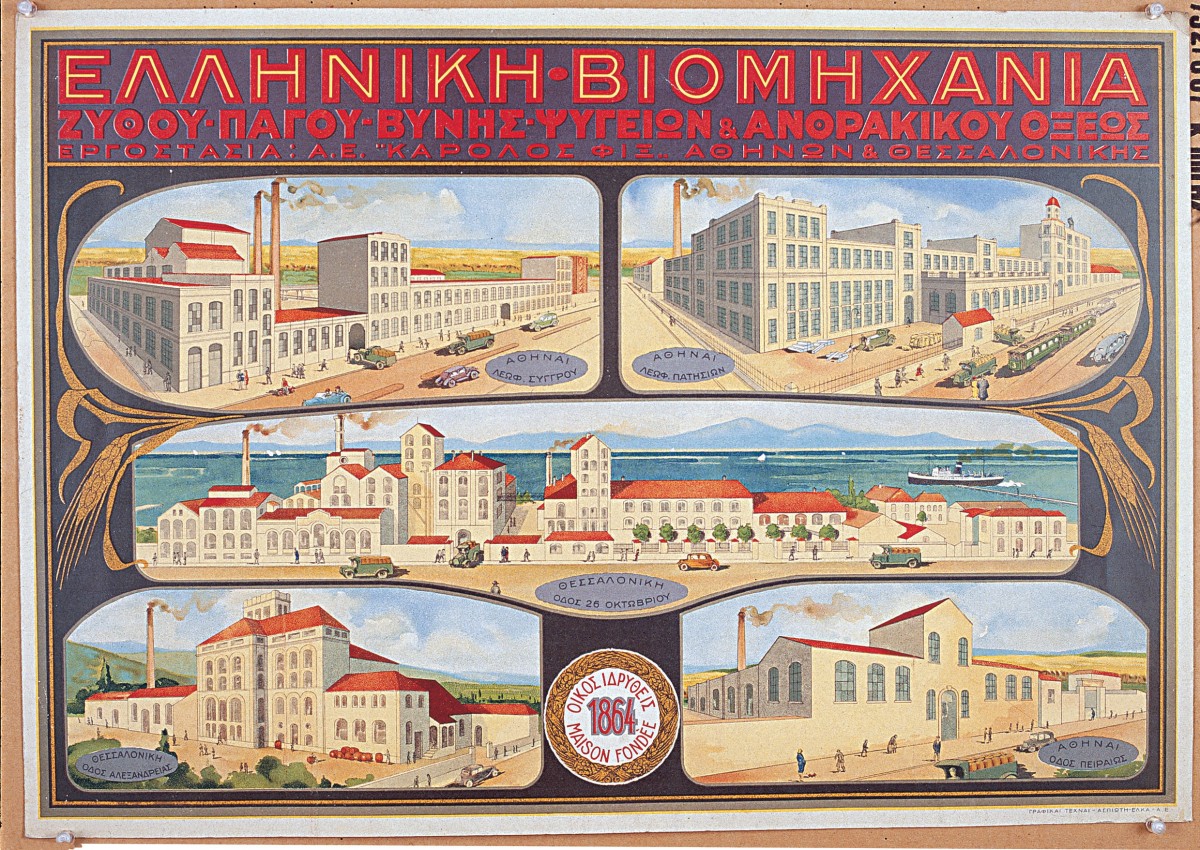 Photo caption
Did you know?: Brewery

Established in 1927 with its headquarters in Athens

The “Charles Fix” company was established in 1927 with its headquarters in Athens and known as “CHARLES FIX” Brewery, Malt-House and Ice Producing Company Ltd.

The “Charles Fix” brewery in Thessaloniki is associated with the big factory complex on 26th October Street that was visited by all the schools in the city. The factory was founded by Allatini, Misrachi & Fernandez in 1892 as a distillery and later as a brewery. In 1912 the company was changed to “Olympos Brewery SA”. In 1909, the ice producing company “Georgiades and Co” was founded on the opposite side of 26th October Street, and started operating the “Naousa” brewery in 1912.  In 1920 the two breweriescame together under the name “Olympos- Naousa SA”.

The “Charles Fix” company was established on the 3rd of September 1927 for a 30 year period and with Athens as its headquarters. The initial share capital was set at 40,000,000 drachmas, divided into 160,000 shares, each worth 250 drachmas. Its aim was to produce beer, malt, ice and carbonic acid. Co-founders of the company were the partnership “Charles Fix & Sons” of the brothers Ioannis and Antonios Fix, that contributed assets amounting to 25,000,000 drachmas and held 63% of the shares, and the limited partnership of “G. Drakoulis & Co” contributing assets worth 14,800,000 drachmas and owning 37% of the shares. On the 30th January 1927, the share capital increased by 30,000,000 drachmas, corresponding to the assets of the dissolved company “Olympos- Naousa SA”.

The First Board served 5 years and was made up of the following: I. Fix, G. Drakoulis, A. Fix, E. Drakoulis, E. Klonarides, G. Gratsos, K. Platsoukas, I. Skassis, G. Moustakas, Ch. Pratsikas and E. Skassis.

“Fix” stopped operating in the 1960s. The building of the “Olympos” Brewery still stands and functions as a night club, while the “Naousa” building was demolished.