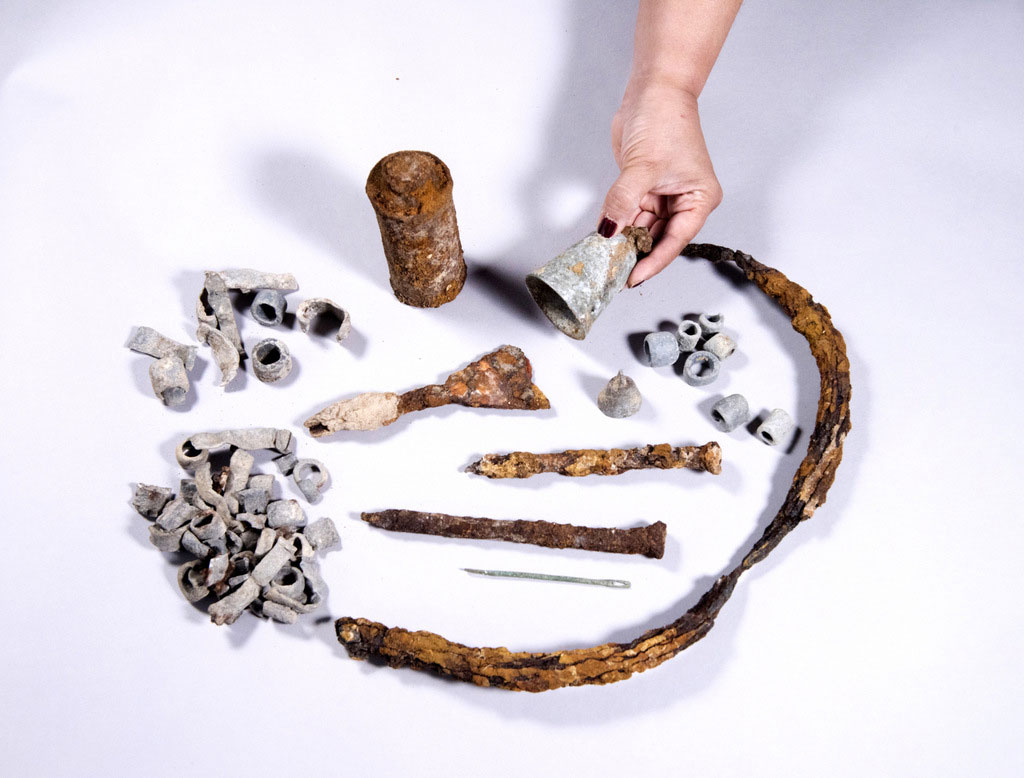 A fisherman’s house was found on the beach in Ashkelon

Dating back to the Ottoman era

Young residents of Ashkelon and its vicinity who took part in an archaeological excavation conducted by the Israel Antiquities Authority in the city, recently uncovered buildings that were once used by local inhabitants engaged in fishing along the Mediterranean coast.

According to the excavation directors, Federico Kobrin and Haim Mamliya, “Two of the buildings that we uncovered are very curious, and it seems they were used as a fisherman’s house and a lookout tower, possibly a lighthouse, dating back to the Ottoman period. The tower was situated on a lofty hilltop, and it looks out over the beach and Mediterranean Sea. From the tower one could signal and direct ships that were sailing between the ancient ports in Ashkelon and Ashdod-Yam”.

Kobrin adds, “The fisherman’s house is divided into three rooms, and a wealth of artifacts was discovered in it that are indicative of its use: metal fishhooks, dozens of lead weights, a large bronze bell, and even a stone anchor.” The building’s entrances were in the north in order to prevent the high winds and sea storms from entering into it. According to the archaeologists, “This is the first time that a building was exposed in Ashkelon that we can attribute with certainty to the fishing industry”.

The fisherman’s house will be preserved and incorporated in the development of the neighborhood for the benefit of the residents and to create a connection between them and those who lived and fished there in the past.