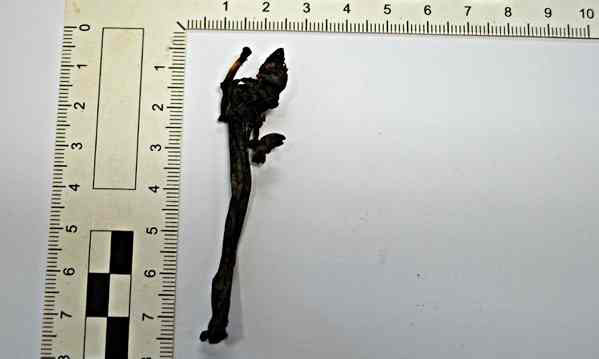 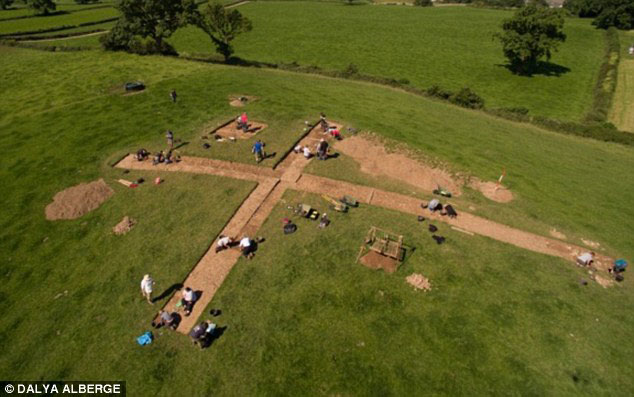 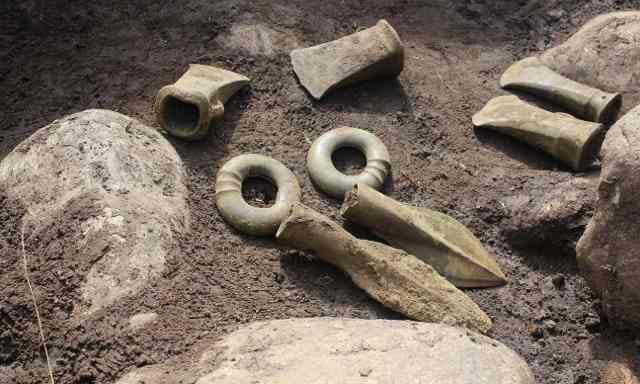 Among other votive offerings in Lancashire

Archaeologists in Lancashire unearthed a hoard inside the hollow end of an axe handle, including a pristine 3,000-year-old pressed flower. The axe was buried with other weapons, jewellery and ornaments, while other axe handles in the hoard had been filled with hazelnuts.

The pressed flower is a unique votive offering of Late Bronze Age, as Dr Ben Roberts, lecturer at Durham University said. The hoard also included spearheads, axes, bracelets, arm rings, a chisel and a pair of ornaments part of a horse harness. The blades of the spearheads were still sharp.

The hoard is not linked to a specific burial site. Such hoards usually contain only one or two types of objects, but this one is special, since it not only includes various objects, it also includes votive offerings which are not metal. Perhaps other items which wouldn’t survive, such as food, clothing, wooden artefacts were also placed among metal items but have not survived.

The hoard was discovered by a metal detectorist at a site about 11km from Morecambe Bay, where a team of archaeologists were excavating at a Bronze Age burial site in July. The team was notified and since they were nearby they went to examine the hoard, says Brendon Wilkins, archaeologist and project director. He added that these sites are helping archaeologists gain a more complete picture of burials of that era.

The flower is a unique find in the region, but similar discoveries have been made in Ireland and Scotland, therefore the hoard might offer an insight into the interconnections across the Irish Sea and into Scotland, said Dr Roberts.

The items found in the hoard will now be assessed and analysed and once they are officially designated as treasure will be offered to museums.