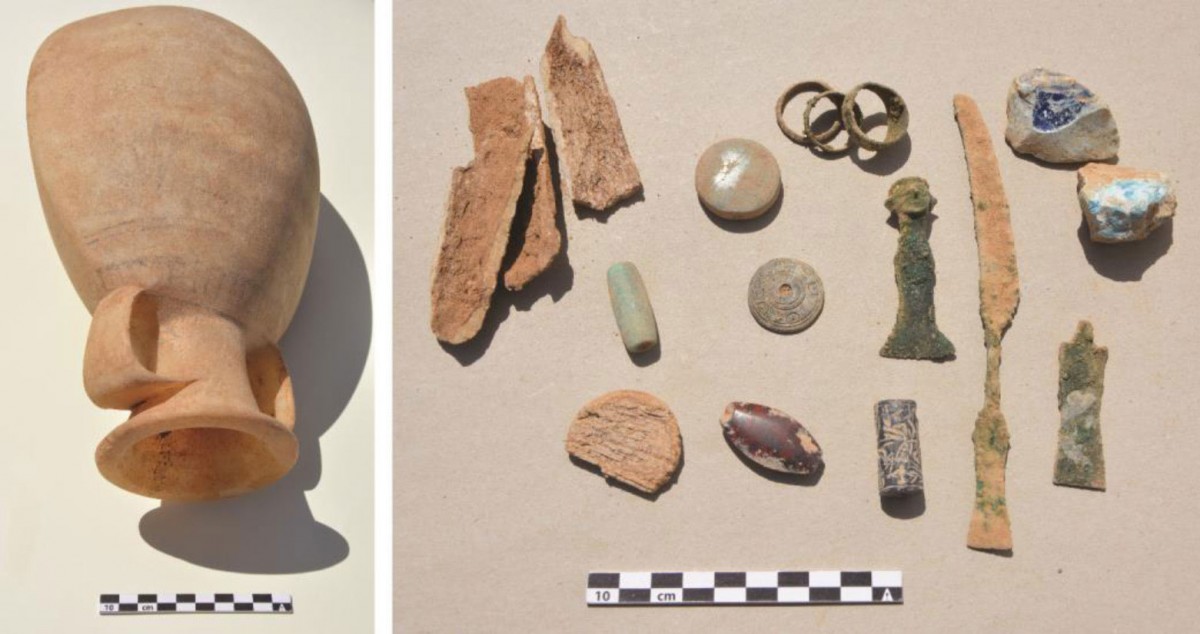 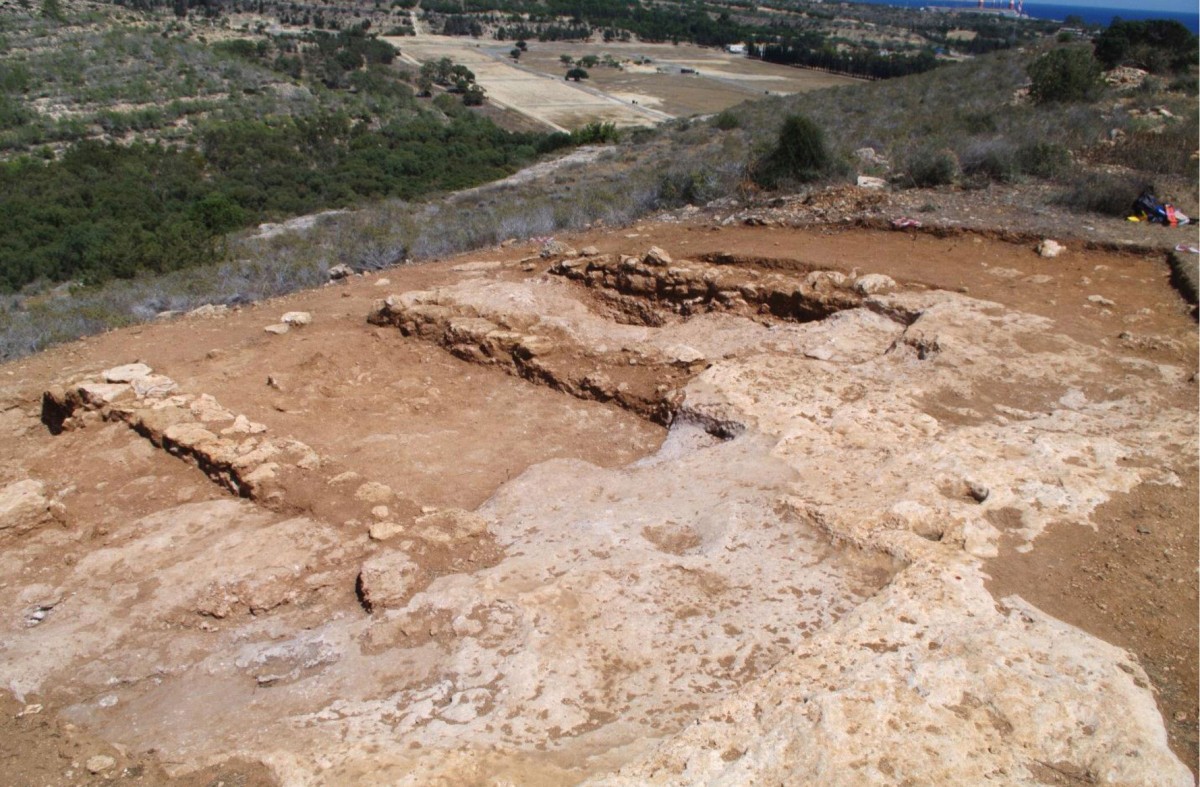 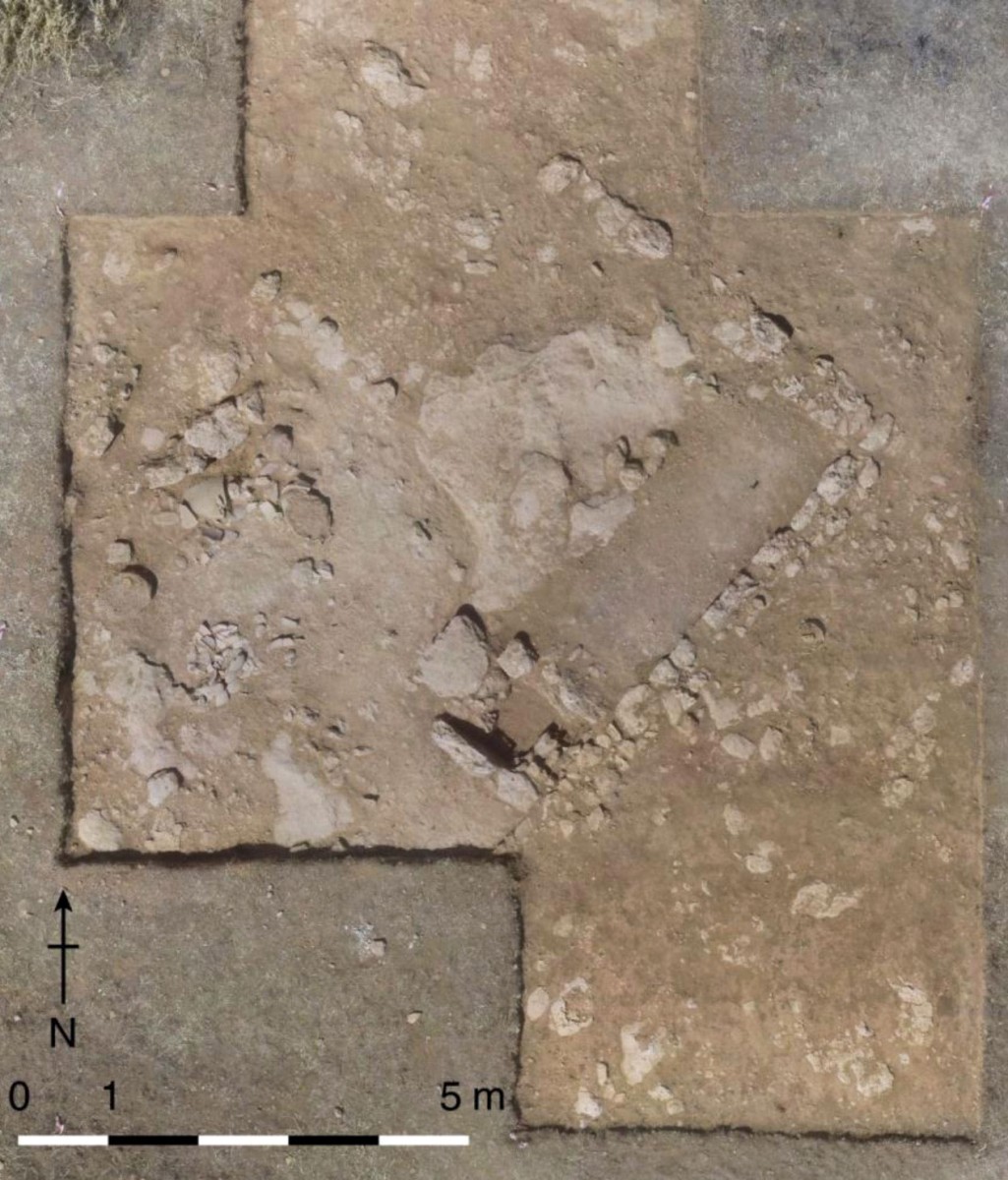 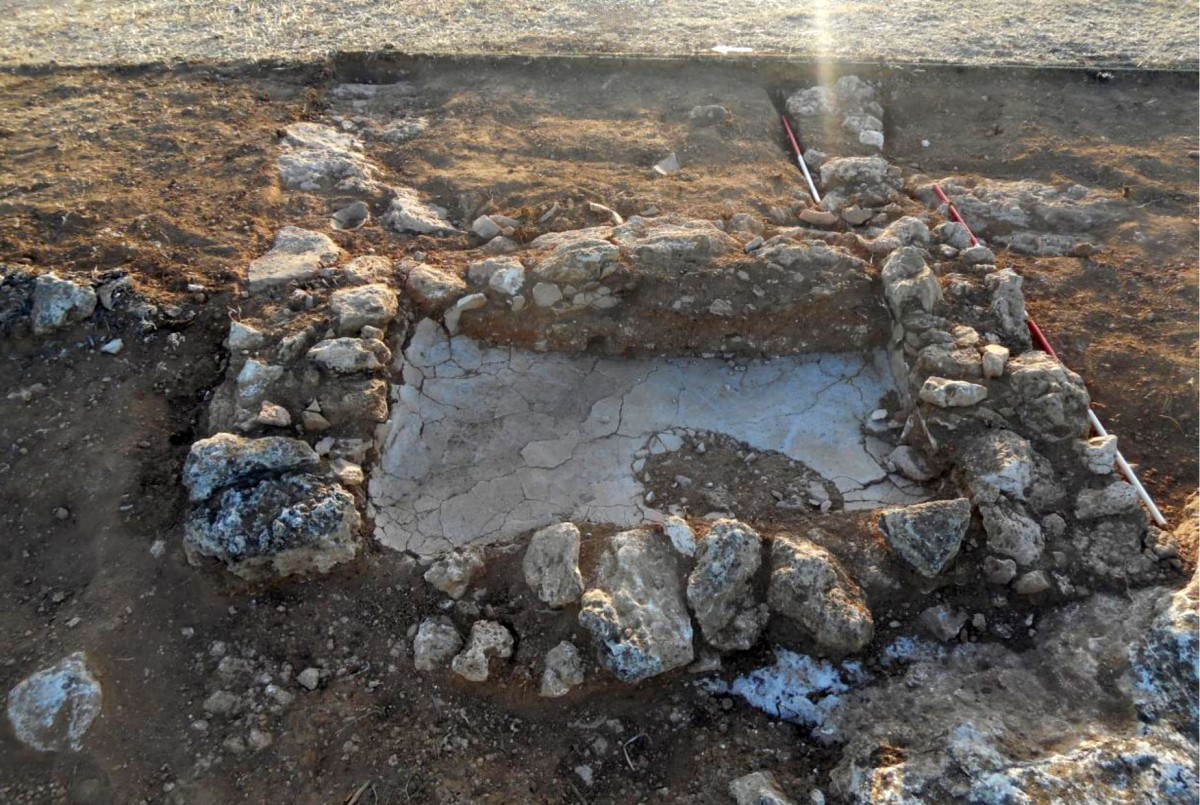 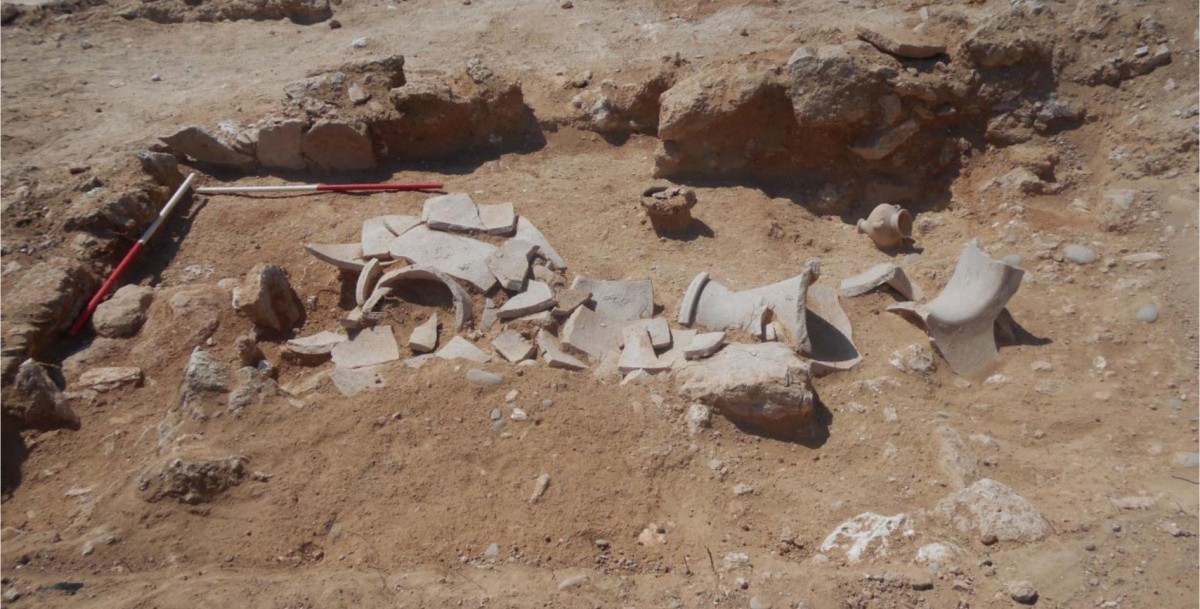 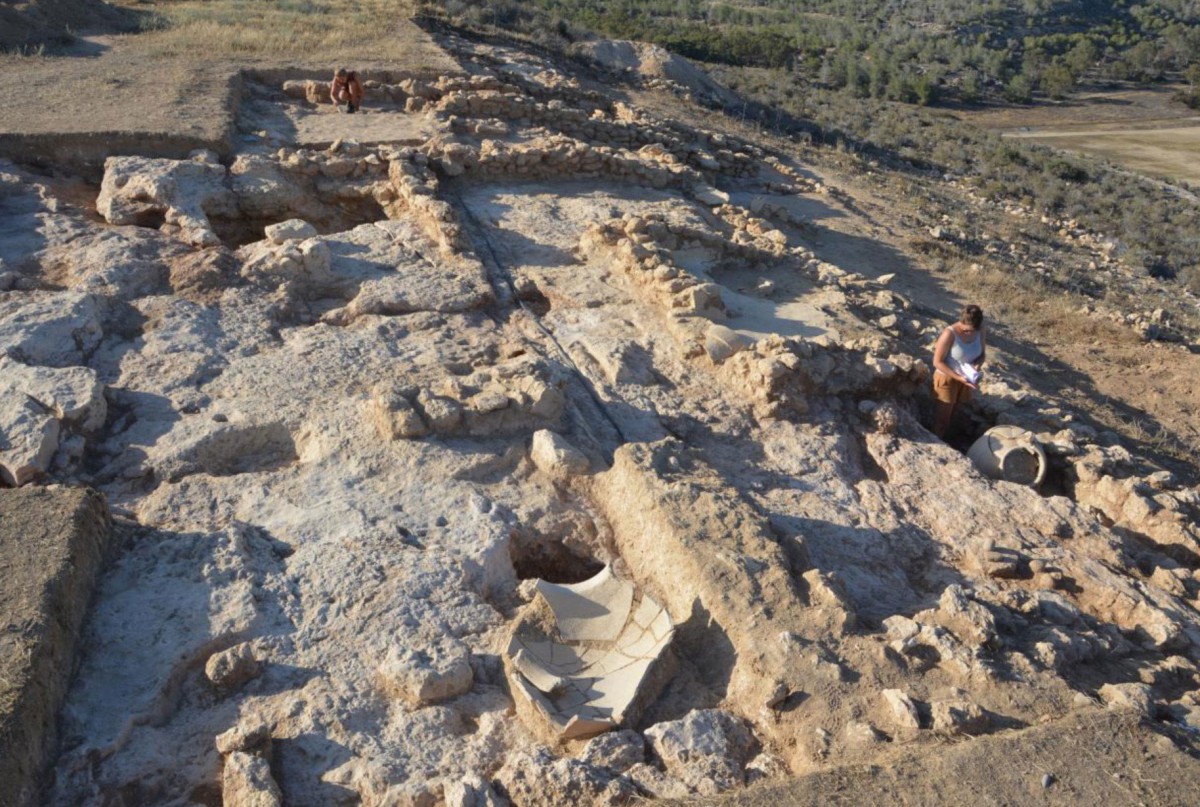 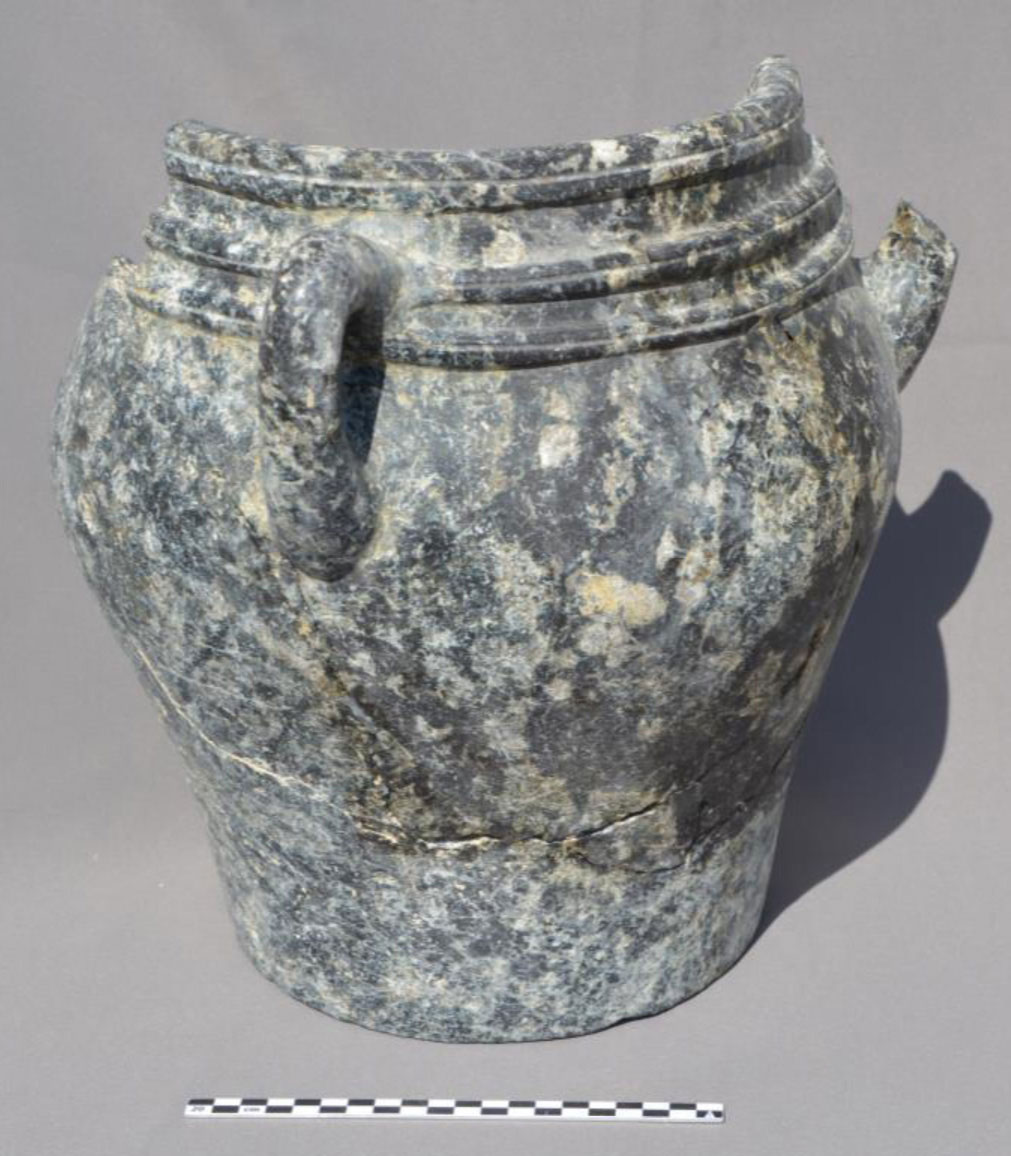 Pyla-Kokkinokremos: A “time capsule” for the crisis years on the island

A site with limited chronological occupation, a strategic position and a surprising variety of material culture

Located on the south-east coast of Cyprus, the Late Bronze Age site of Pyla-Kokkinokremos, near the village of Pyla in the Larnaca District was only founded a few decades prior to its eventual abandonment at the beginning of the 12th c. BC. This limited occupation makes the site an excellent case study to explore the impact of the so-called crisis years on the island. Since the settlement was never reoccupied and has an overall lifespan of less than fifty years, Pyla’s material culture can be considered a ‘time capsule’ for this Late Cypriot IIC-IIIA critical phase. Because of its limited chronological occupation, its strategic position on top of a naturally fortified hill and the surprising variety of its material culture – with both imported Mycenaean, Minoan, Sardinian, Hittite, Canaanite as well as local Cypriot pottery – Pyla has attracted a fair deal of scholarly attention and plays a vital role in the discussion on potential Aegean migrations to Cyprus and the Eastern Mediterranean in the advanced Bronze Age.

In Sector 3 (the northern and central areas of Kokkinokremos), excavations mainly concentrated on Trenches 3.3 and 3.4, both already partly investigated in 2014-2015. In this area remains of metal-working activities had been identified in 2015. Also in this Sector a complete Egyptian alabaster flask painted with a garland of lotus flowers was discovered hidden in a rock-cut pit. On cleaning, this flask showed to be filled with small items (knife, rings, cylinder seal, beads, etc.) in different materials (e.g. bronze, faience, bone or ivory) (fig. 1). To the south of Space 3.8.3, two rooms hewn out of the bedrock were brought to light (fig. 2). In Trench 3.4, located on the highest point of the plateau, substantial archaeological remains related to a roughly square building (c. 10 x 10 m) were identified (fig. 3). On the northern slope of Kokkinokremos, a c. 60 m-long wall was identified, made of haphazardly laid field stones. Although it is likely that this feature once acted as a retaining wall, its date remains at present unclear.

In Sector 4 seventeen spaces were investigated in 2016. Characteristic of some spaces was a plaster floor, originally polished, with a cement-like appearance (fig. 4). Similar floors had already been found at Pyla during the 2010-2011 excavation and are also known from the archaeological sites of Maa-Palaiokastro and Egkomi. Some of the spaces also produced querns and stone vessels suggesting a domestic industrial function. In an effort to establish the course of the casemate wall, a new Sector 4.2 was opened. It became clear during the survey of the area that the casemate wall projected well down the slope, forming the usual rooms which are a characteristic of Pyla. Eleven spaces were partly uncovered. Their excavation brought to light important details about the organisation of the site. The spaces investigated contained querns, stone tools and pottery (fig. 5). A storage stirrup jar imported from Crete and an alabaster vase of particular interest are represented among the finds.

In Sector 5 the exploration of the south-eastern sector of the summit plateau continued. The previously excavated area was extended both to the west and south and now covers a total surface of ca. 25 X 16 m. Two new rooms were cleared, giving a total of 12 spaces, built on three different terraces (fig. 6). These two additional rooms, as well as the continued exploration of five previously excavated rooms yielded some interesting features. The two interconnected Spaces 9 and 10 – a unit protruding eastward, beyond the line of the so-called casemate wall – were constructed in a later phase; thus becoming the very first indication for phasing in the architecture of Pyla. The precise function of the 3.5 m-deep rock-cut shaft remains unclear and it is hoped that the forthcoming analysis of the thick layer of ashes found at the bottom of the shaft may provide more information on this. The shaft was built within a proper room (Space 6), which could be entered from a large space (Space 8), possibly a courtyard, equipped with several installations and with a rich floor deposit which includes a large grey-black stone jar (fig. 7) and an amphoroid Mycenaean krater decorated with birds. Among the most notable finds of Space 12, adjacent to Space 8, is a terracotta installation meticulously mended with lead strips.