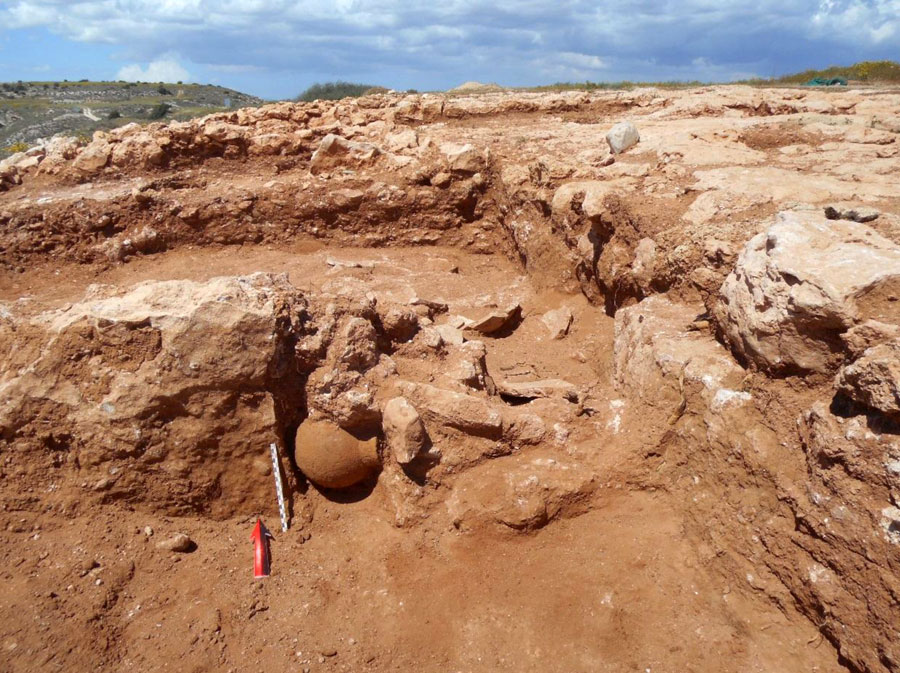 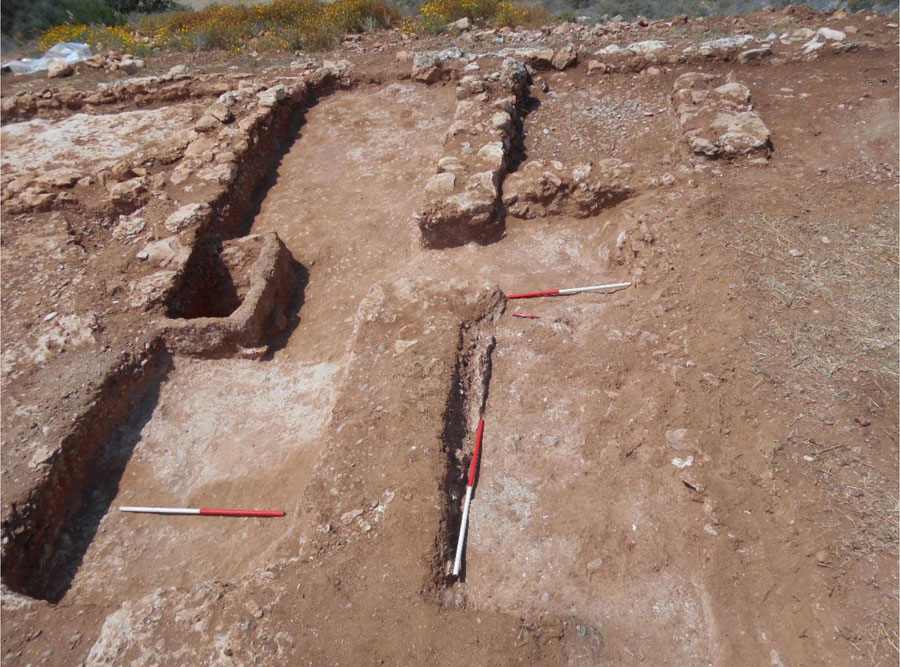 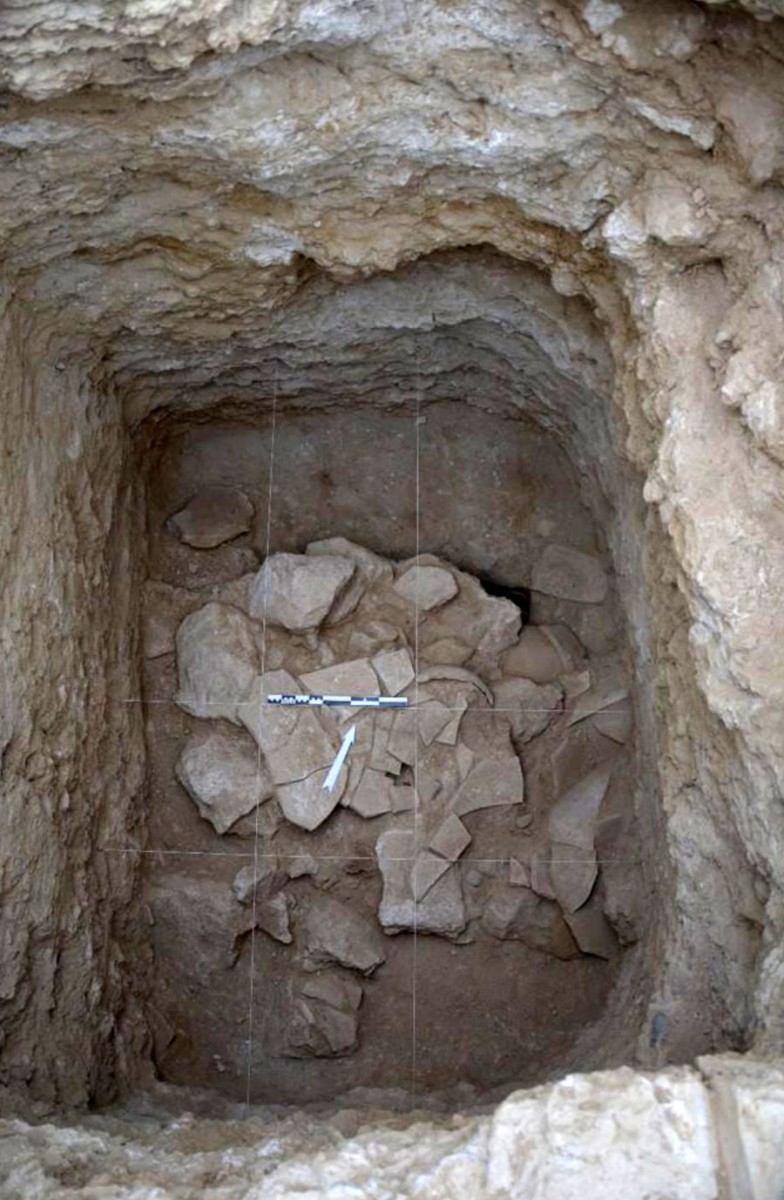 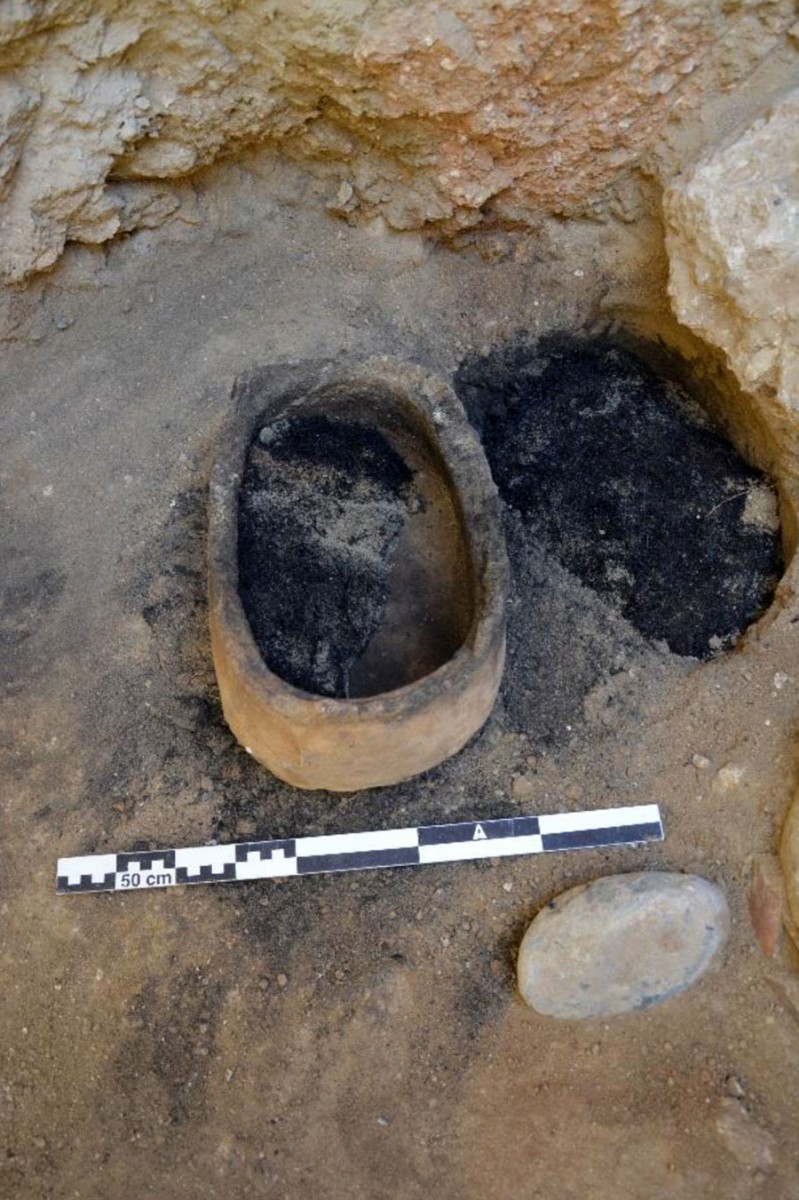 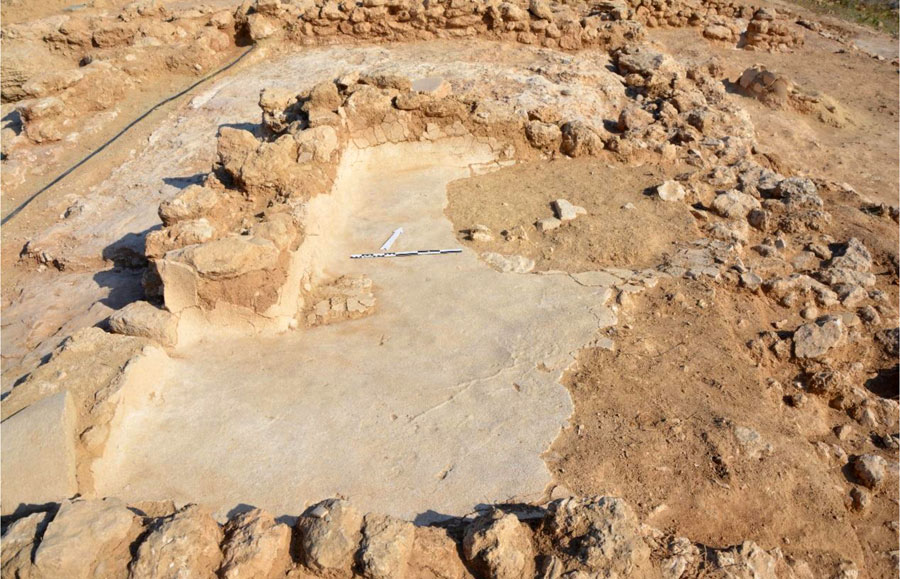 The Late Bronze Age site of Pyla-Kokkinokremos in Cyprus

Results of the 2015 excavation season

The results of the 2015 excavation season at the Late Bronze Age site of Pyla-Kokkinokremos, near the village of Pyla in the Larnaca District have just been published. The excavations, headed by Prof. Joachim Bretschneider (University of Ghent & KU Leuven), Dr. Athanasia Kanta (Mediterranean Archaeological Society) and Prof. Dr. Jan Driessen (Université Catholique de Louvain) took place from March 29th to April 26th 2015.

One of the main aims of the excavations at this site is to explore the end of the Late Bronze Age in the Eastern Mediterranean and the character of cultural interaction during this period. The archaeological research at the site of Pyla-Kokkinokremos surfaces as an exceptional opportunity, owing to its founding at the end of the 13th century BC – a time when the Late Bronze Age crisis reached its zenith –, its very short-lived occupation and its seemingly planned abandonment leaving all material in situ. While the settlement was inhabited for what appears to be less than fifty years, the site may be seen as a very valuable ‘time capsule’ of this critical phase.

Excavations in Sector 3 focused on several trenches aimed at testing the occupation of the central and northern areas of the Kokkinokremos plateau. A well-preserved floor deposit that had been brought to light during the 2014 campaign was explored this season. Among the most notable finds in this area was a fine and almost complete Mycenaean IIIC early deep bowl (the base of which was apparently pierced before firing to be used as a rhyton) and a Late Minoan IIIB mug rhyton decorated with whorl shells. Although the architectural context of these finds remains unclear, wall remnants discovered in some of the trenches further to the north confirm that the central part of the plateau would have been largely occupied by constructions.

Evidence was also brought to light of occupation in the north-eastern sector of the hill. In 2015, the team’s efforts concentrated in Trench 3.3 where part of a courtyard and two rooms had been previously identified. Excavations in Trench 3.3 revealed a series of at least 10 adjacent spaces constructed along the edge of the plateau, some of them providing evidence for metal-working activities.

In Sector 4 the excavation of the rooms on either side of the entrance gate of the fortified settlement of Pyla-Kokkinokremos continued. The investigation of this part of the site, where two Cypro-Minoan tablets were found, commenced in 2012 and continues up to the present. 28 spaces have been fully or partially investigated so far. Although the area suffered major damage from ploughing, many rooms have been found with their contents in situ. Best preserved are areas that have a pronounced subterranean character. In this sector of Pyla there seem to have been industrial and workshop installations in rooms located by the gate of the fortification wall. Thus, various sectors of the site seem to have been used for conducting specialised activites.

During this excavation season Sector 5, situated against the eastern slope of the southern protrusion of the plateau, was extended to a total surface of ca. 25 m X 13 m. Once again the architecture excavated within this sector proved to be remarkably well preserved. A total of ten spaces were unearthed, built on three distinct terraces. Several spaces yielded a rich floor assemblage, such as Space 3 with six vases – including a female-shaped vessel and a spindle bottle with Mycenaean motifs – and two small fragmentarily preserved alabaster vases; and Space 8 with a large black stone jar and an amphoroid Mycenaean krater decorated with birds. Two spaces stand out especially: the floor of Space 7 which was found covered with thick plaster, running up against the walls; and Space 6 consisting of a pit-like structure dug out in the bedrock, currently measuring 3.5 m in depth. At the bottom of the ‘pit’, a 30 cm thick ash layer beneath an oval stone structure contained a complete large jug and an inverted open terracotta recipient filled with burnt organic material. The western part of the structure awaits future excavation.