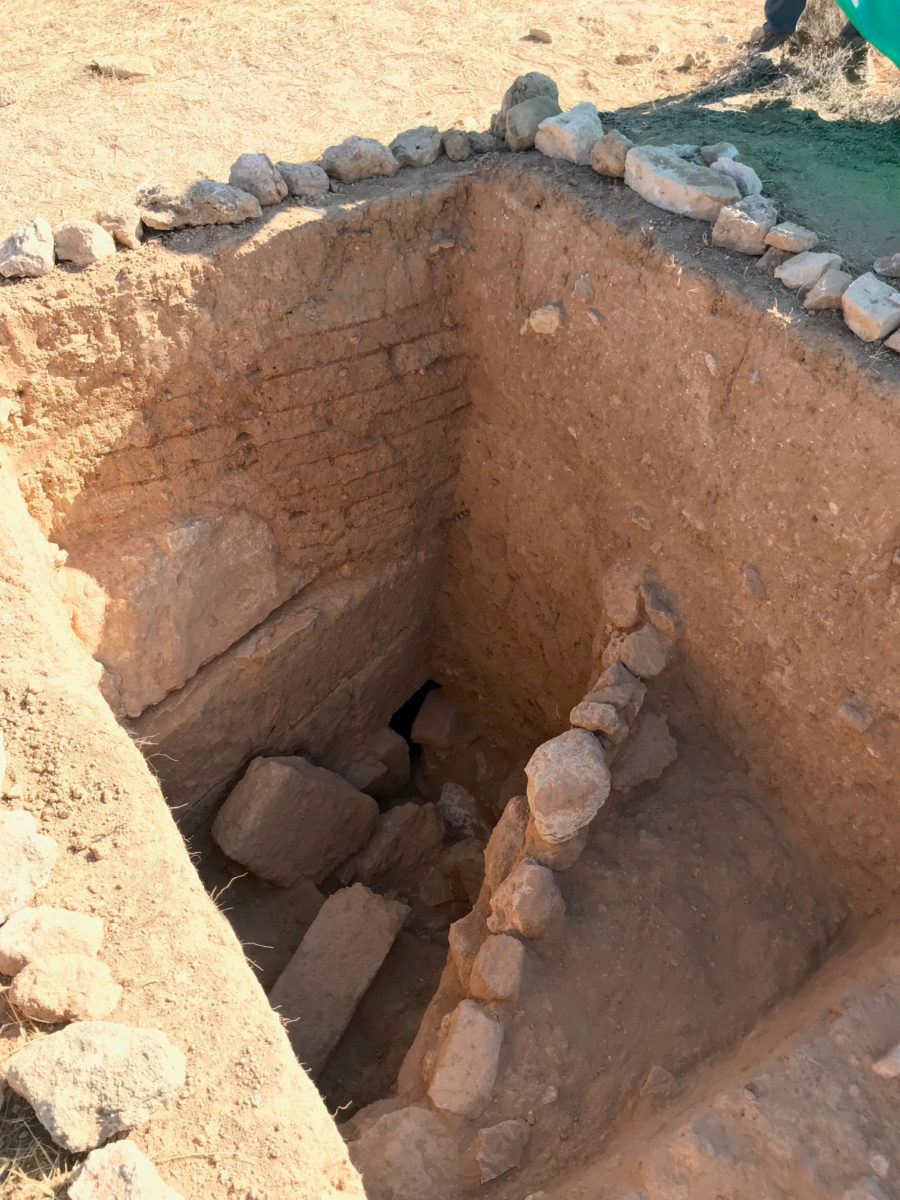 The Department of Antiquities, Ministry of Transport, Communications and Works, announces that, the Pyla-Koutsopetria Archaeological Project (PKAP) completed its 14th season on 8 June 2018 under the direction of Dr. Brandon R. Olson of Metropolitan State University of Denver, Dr. Tom Landvatter of Reed College, and Dr. R. Scott Moore of the Indiana University of Pennsylvania.

The original goal of the project, which began in 2004, was to produce a comprehensive study of the coastal plain in the vicinity of Pyla-Koutsopetria region which lies on the coast between the eastern fringe of Larnaka and the western border of the Dhekelia cantonment.

In the summers of 2008, 2009, and 2012 PKAP field teams excavated a series of small soundings on the plateau of Pyla-Vigla that revealed the presence of a previously unknown Hellenistic fortification. The steep slopes of this hill provided both a strong defensible location, as well as an advantageous view of Larnaka Bay and the surrounding coastal plain. This strategic location, and the discovery this year of a large rock-cut fortification wall, sling bullet, and catapult bolt demonstrate the site’s military function. Furthermore, the architectural, ceramic, and numismatic evidence discovered during previous seasons clearly date the occupation of the fortifications on Vigla to the late 4th and early 3rd centuries B.C., a period not well documented in Cypriot history. PKAP’s results from previous seasons were presented in numerous articles and culminated in the project’s first volume, PylaKoutsopetria I: Archaeological Survey of an Ancient Coastal Town, published by the American Schools of Oriental Research in 2014.

The goal of the PKAP 2018 field season was threefold: to ascertain whether the monumental fortification wall discovered in 2012 continued across the northern edge of the plateau, to determine the date and construction of the fortification system if possible, and to complete the study of the previously collected early Hellenistic pottery for publication in Pyla-Koutsopetria II. The small sounding excavated by the 2018 team revealed an impressive in situ mudbrick wall constructed on top of a large cut stone wall, situated on bedrock. At the base of this wall was discovered a small, purposefully constructed chamber containing pottery fragments and faunal material, possibly the remains of a foundation deposit from the construction of this wall. This discovery substantiates the chronology of the Vigla settlement established by the three previous seasons of limited excavation in 2008, 2009, 2012, and indicates that there was more monumental construction on the Vigla plateau than previously believed. Future PKAP work planned for Vigla will work to understand better the size and complexity of this Hellenistic fortification, as well as the role it played in the history of the region.

NOTES
1. Department of Antiquities, Ministry of Transport, Communications and Works of the Republic of Cyprus