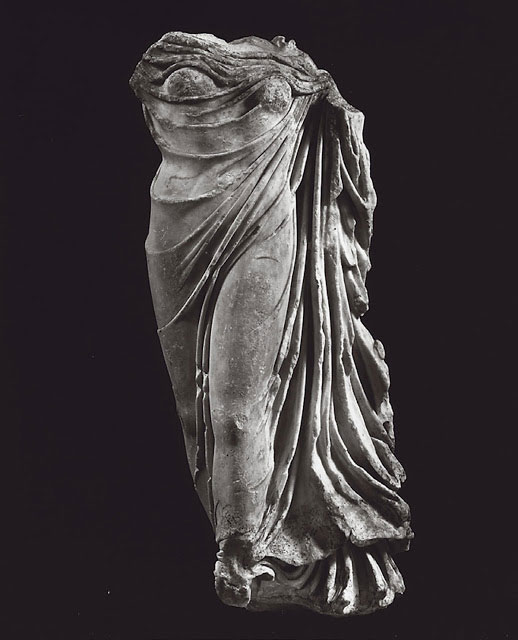 Report on provenance of ancient statue to be auctioned

It could have been part of the Symes archive

An ancient marble sculpture in the Christie’s catalogue is identical to one found in the Robin Symes archives, containing illicit antiquities, according to a report.

The statue represents the torso of a woman, probably the Greek goddess Aphrodite (Venus), in wet drapery, probably a Roman copy of a Hellenistic work. Dr Tsirogiannis, researcher at the University of Oxford identified the statue and sent a written report to Interpol and New York Police Department, stating that the ancient sculpture, listed in the Christie’s catalogue as lot number 92, appears to be identical to that found in the confiscated archives of Robin Symes. He adds that the auction house does not list the “Symes collection” in the statue’s provenance. He also attaches a photo taken from the seized Symes archive.

The auction house refers to the Perpitch Gallery, Paris, as the source of the statue, “acquired by the current owner prior to 1991.” Tsirogiannis states that since most antiquities sold by Symes were illegal, “it would be useful to investigate the full collection history and true source of the sculpture, especially before 1991”.