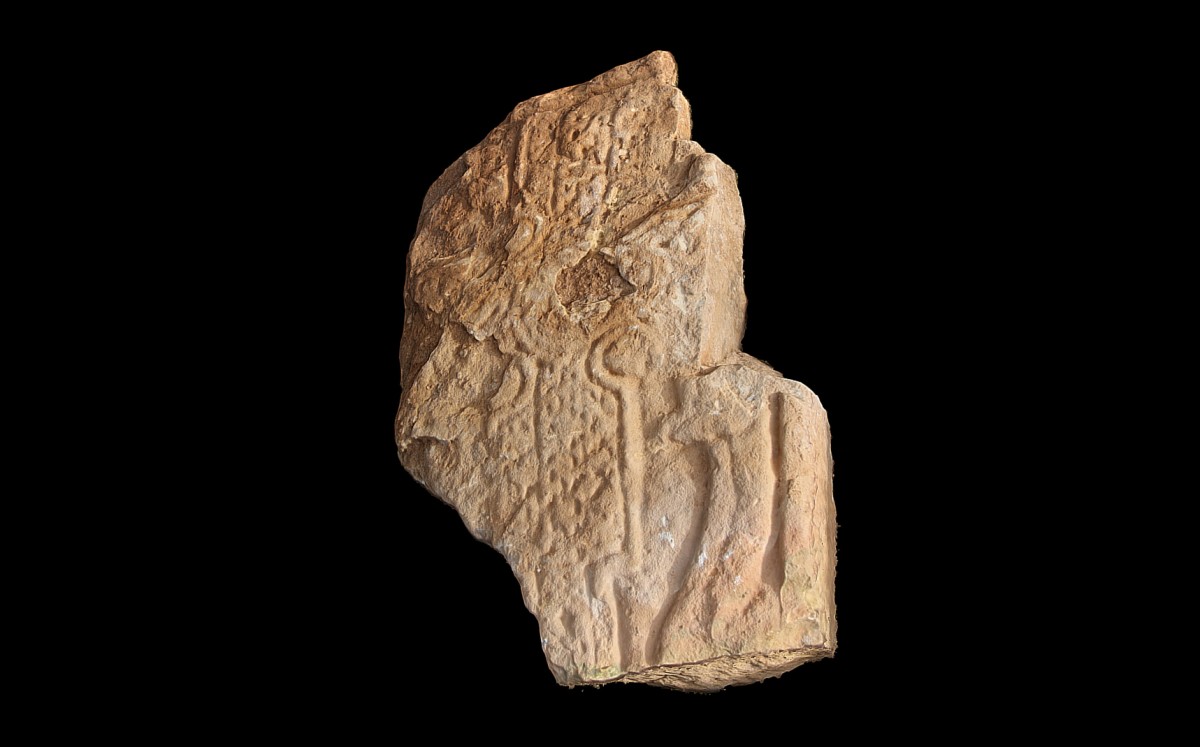 Archaeologists from the Orkney Research Centre for Archaeology (ORCA) have uncovered a rare pictish carved stone from an eroding cliff face on the Orkney Islands.

Orkney is generally battered by strong seas, high tides and powerful winds during the winter months. This leads to the tangible threat of coastal erosion to archaeological sites.

Following one of these storms, Archaeologist Dr Hugo Anderson-Whymark was examining an area of the East Mainland and discovered a stone unearthed by the sea, projecting precariously out of the soft, cliff face.

This stone, on closer examination, was different to the other rocks at the site – it had obviously been worked and designs were visible and clearly ancient.

A dragon motif tantalizingly peered out from the emerging stone slab and pointed to a possible Pictish (3rd-8th centuries AD) origin, but further examination was difficult due to the location. This carved stone was clearly significant and needed to be quickly recovered before the next forecast storms that were due to hit the following weekend.

Nick Card said “Carved Pictish Cross Slabs are rare across Scotland with only 2 having been discovered in Orkney. This is therefore a significant find and allows us to examine a piece of art from a period when Orkney society was beginning to embrace Christianity. Now that the piece is recorded and removed from site, we can concentrate on conserving the delicate stone carving and perhaps re-evaluate the site itself.”

“The Orcadian coastline is an extremely dynamic environment, and it was clear that we needed to act quickly” says Dr Kirsty Owen, HES Senior Archaeology Manager. “Because the stone has been properly excavated, we have a better chance of understanding how it relates to the development of the site.”

The excavation of the Pictish stone was undertaken with funding from the Historic Environment Scotland Archaeology Programme, which is primarily intended to rescue archaeological information in the face of unavoidable threats.

The stone is now removed from the site and is scheduled for conservation and possible display at a future date. The site may be re-evaluated with funding being sought for further work.

NOTES
1. The University of the Highlands and Islands Archaeology Institute,
Orkney Research Centre for Archaeology (ORCA)