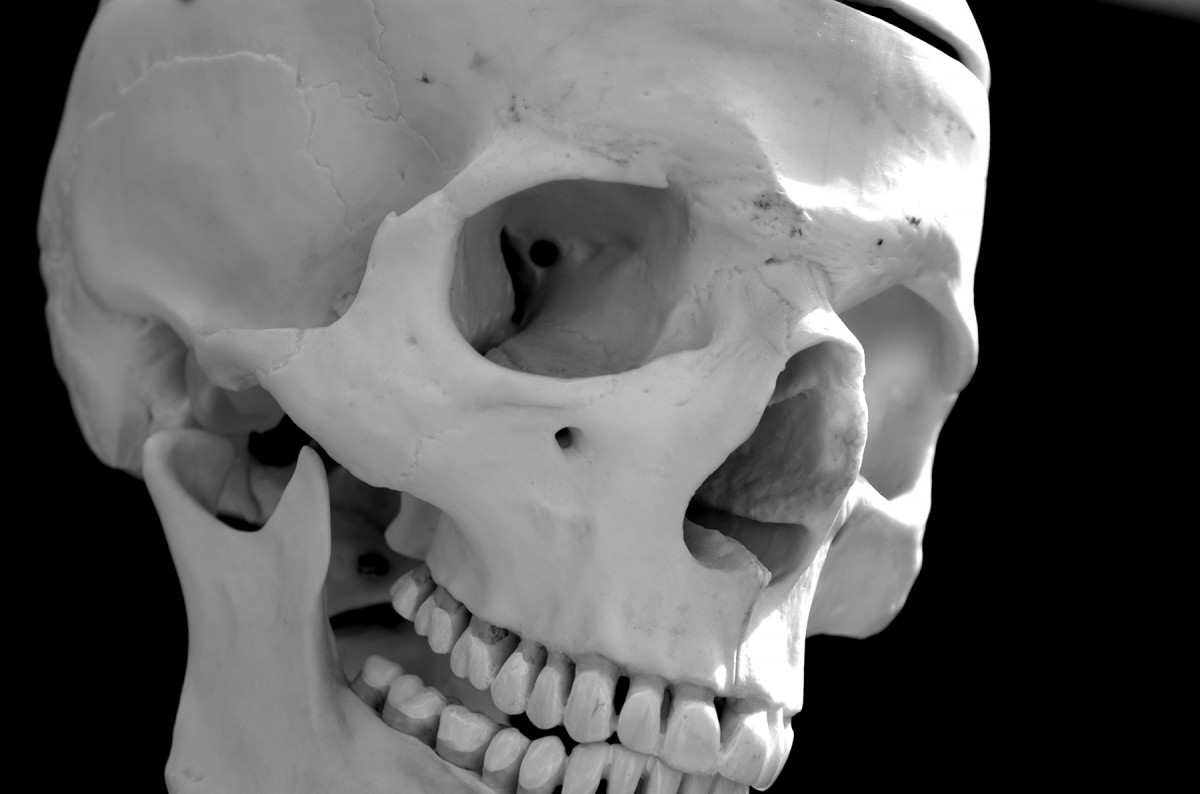 Words and bones tell a similar story about deep history

University of Tübingen researchers have found evidence that common descent of human populations is reflected both in their cranial features and their linguistic affiliations over vast geographic distances.

The formation of different languages and language groupings appears to have happened in the same broad period and geographical locations as the development of facial features in various human populations, according to linguistics professor, Gerhard Jäger, and paleoanthropologists, Professor Katerina Harvati and Dr. Hugo Reyes-Centeno. In their study, the researchers examined 265 skulls from Africa, Asia, and Oceania and the vocabularies of more than 800 languages and dialects from those regions. Their findings are published in the journal Scientific Reports.

If these findings are confirmed in further investigations, it would give researchers a characteristic which would help them to follow the development of various language families as far back as the early development of mankind. The linguists developed a method to measure the degree of similarity between two languages in a completely automatic way by comparing the words those languages use in their core vocabulary. Likewise, the anthropologists found ways to quantify the similarity between the phenotypic characteristics of humans using the cranial measurements of skulls just a few centuries old.

“We can assume that the language does not change significantly in such a relatively short time,” says Jäger. They reasoned that on average, the similarity between populations should decrease with geographical distance, both with respect to their linguistic and their biological characteristics. They also postulated that, on average, populations that are linguistically similar should also be biologically similar and vice versa. If these correlations also hold between populations that split up more than 10,000 years ago, this would provide evidence that language preserves a deeper historical signal than commonly thought.

In their study, the authors demonstrate that both expectations are met, and that they also hold across the boundaries of language families. They also found that linguistic distances correlate more strongly with the facial features of the cranium than with the neurocranium, which may reflect different rates of evolution of the traits regarded, where language and facial features change faster than neurocranial features.

According to the prevailing wisdom in historical linguistics, it is only possible to demonstrate languages to be related if their latest common ancestor was spoken up to 10,000 years ago. Individual researchers have tried to push this boundary further back in time, but their efforts have generally been met with skepticism by the experts. Jäger, Harvati and Reyes-Centeno may now have succeeded in opening a door on our distant past by tackling this issue with statistical techniques relying on linguistic and anthropological data. The three researchers are at the core of Tübingen University’s Humanities Centre of Advanced Studies “Words, Bones, Genes, Tools. Tracking Linguistic, Cultural and Biological Trajectories of the Human Past” established last year, thanks to German Research Foundation funding. “We expect our future work to shed more light on the processes through which languages evolved,” they say.