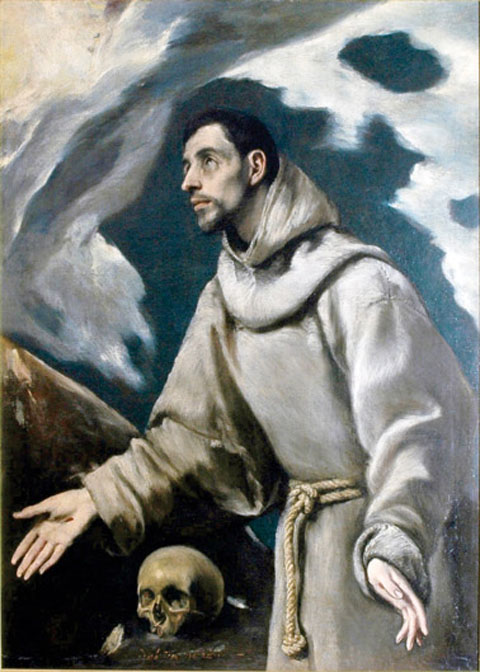 By the hand of Domenikos

The "Ecstasy of St. Francis" is authentic

The “Ecstasy of St Francis”, the only work by El Greco in Poland, bears the painter’s signature, a fact that proves the authenticity of the work, as the National Museum of Krakow announced.

The painting was presented for the first time in Krakow after its conservation.

The painting was discovered in 1964 in a church of a small parish in Kosow Lacki by the two art historians Izabella Galicka and Hanna Sygietyńska, who struggled for many years to prove it was authentic.

The conservators also found out that the painting was bigger than they had thought. After the margins of the initial canvas were unfolded, the work was 4 cm wider and 2 cm higher.

During the conservation works, it was confirmed that the “stigmata” of St. Francis were added in the 19th century. The conservators removed the stigmata from the saint’s chest but left those on his hands.

The “Ecstasy of St. Francis” is exhibited next to the “Lady with an Ermine”, the famous painting by Leonardo da Vinci and the most valuable work of art in Poland.