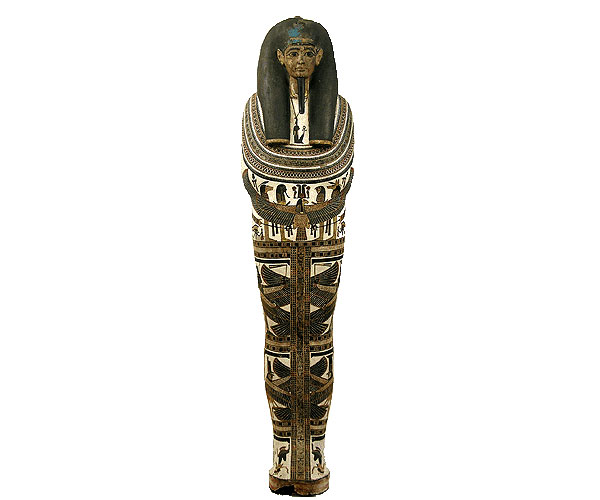 NAM: Egyptian mummies to be scanned

First results soon to be announced

Mummies from the Collection of Egyptian Antiquities of the National Archaeological Museum of Greece (NAM) are on their way to the CT scanner of the Medical Centre of Athens.

“It is a method practiced in many museums abroad which have similar finds. It serves various purposes. First of all it allows us to discover what is in the mummies without having to open them up and destroy possible remains. Secondly, we can gather information about whether there is deterioration of the bones and find out if specific diseases lead to the death of the deceased or affected his/her life. For instance, leprocy, anaemia or other diseases that cause bone deterioration and can be seen on the CT scans,” archaeologist and director of the Egyptian, Cypriot and Near Eastern Antiquities’ Collection, Kostas Nikolentzos told ANA-MPA.

“Furthermore, we can find out whether they contain grave goods. For instance, the scans of NAM’s mummies have shown that some of them contain a wreath, a neckless etc. We can also confirm data, like their sex. The scans will also lead us to further conclusions, which cannot be announced for the time being,” he added.

According to the director of NAM, Maria Lagogianni, the Museum plans to exhibit the mummies which are now kept in its unseen storage rooms. “It is our ambition not to just announce the results [of the scans], but to present them in an ‘open’ storage room, which we plan to organize within the area where the Egyptian Antiquities of the Museum are currently stored,” Mrs. Lagogianni said to ANA-MPA, stressing however that this would require sufficient funds. “We have already made a sponsorship request to the Ministry of Culture. As soon as the funding is ensured, we will proceed with the implementation of the plan,” she noted adding that the room is easily accessible from the Museum’s atrium.

The collection of Egyptian Antiquities of the NAM contains 8,300 antiquities. It is regarded the first of its kind in the Balkans and one of the most outstanding ones in the world due to the rarity and quality of its artefacts. The collection comprises statues, figurines, stelae, sarcophagi, mummy cases, animal mummies, vases, funerary caskets, Fayum portraits, jewellery etc.