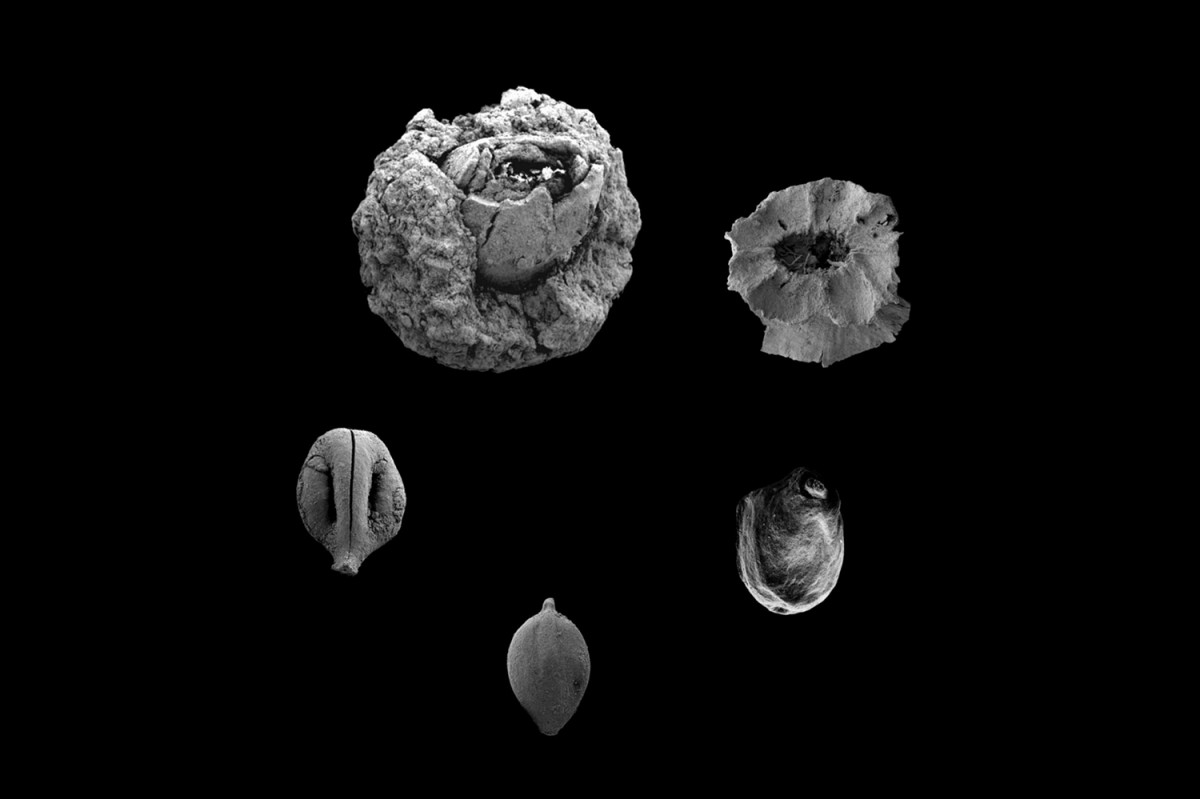 Secrets of the paleo diet

A tiny grape pip (scale 1mm), left on the ground some 780,000 years ago, is one of more than 9,000 remains of edible plants discovered in an old Stone Age site in Israel on the shoreline of Lake Hula in the northern Jordan valley, dating back to the Acheulian culture from 1.75-0.25 million years ago.

The floral collection provides rich testimony of the plant-based diet of our prehistoric ancestors.

While around the world remains of Paleolithic plants are scarce, this unique macro-botanical assemblage has allowed researchers from the Hebrew University of Jerusalem and Bar Ilan University to study the vegetal diet of humans from early-mid-Pleistocene, which is central to understanding the evolution, adaptation and exploitation of the environment by hominins.

The findings were recovered during archeological excavations at the waterlogged site of Gesher Benot Ya’aqov, where the earliest evidence of human-controlled fire in western Asia was discovered in recent years.

Prof. Naama Goren-Inbar of the Institute of Archeology at the Hebrew University of Jerusalem, who conducted the excavations with colleagues, have long studied findings of hominid occupations in the Levantine Corridor, through which several hominin waves dispersed out of Africa.

In a research paper that will be published in the Proceedings of the National Academy of Sciences (PNAS) on December 5, titled “The plant component of an Acheulian diet: a case study from Gesher Benot Ya’aqov, Israel”, Prof. Goren-Inbar reveals the discovery of the ancient macrobotanical remains, which for the first time indicate to the rich variety of plant assortments and subsistence opportunities that were available to the early humans on the transition from an African-based to a Eurasian diet.

“In recent years we were met with a golden opportunity to reveal numerous remains of fruits, nuts and seeds from trees, shrubs and the lake, alongside the remains of animals and man-made stone tools in one locality,” Prof. Goren-Inbar said.

Of the remains found on site, Prof. Goren-Inbar and Dr. Yoel Melamed of the Faculty of Life Sciences at Bar Ilan University have identified 55 species of edible plants, including seeds, fruits, nuts, leaves, stems, roots and tubers.

The findings, many of them minor in size, have been preserved for hundreds of thousands of years thanks to the damp conditions in the vicinity of the site, said Dr. Melamed. The basalts under and in the site were dated by Ar/Ar and the dates were further confirmed by results of paleomagnetic analyses.

“This region is known for the wealth of plants, but what surprised us were the sources of plant food coming from the lake. We found more than 10 species that existed here in prehistoric times but no longer today, such as two types of water nuts, from which seven were edible,” explained Dr. Melamed.

The site was submerged under the Jordan River and the Hula Lake in conditions of humidity and lack of oxygen, aided by the fast covering of layers of sediments, in which archaeologists also found stone tools and animal fossils.

The use of fire and the availability of a diverse range of flora highlight the ability of prehistoric man to adjust to a new environment, to exploit the environment for his own benefit and to colonize beyond Africa.