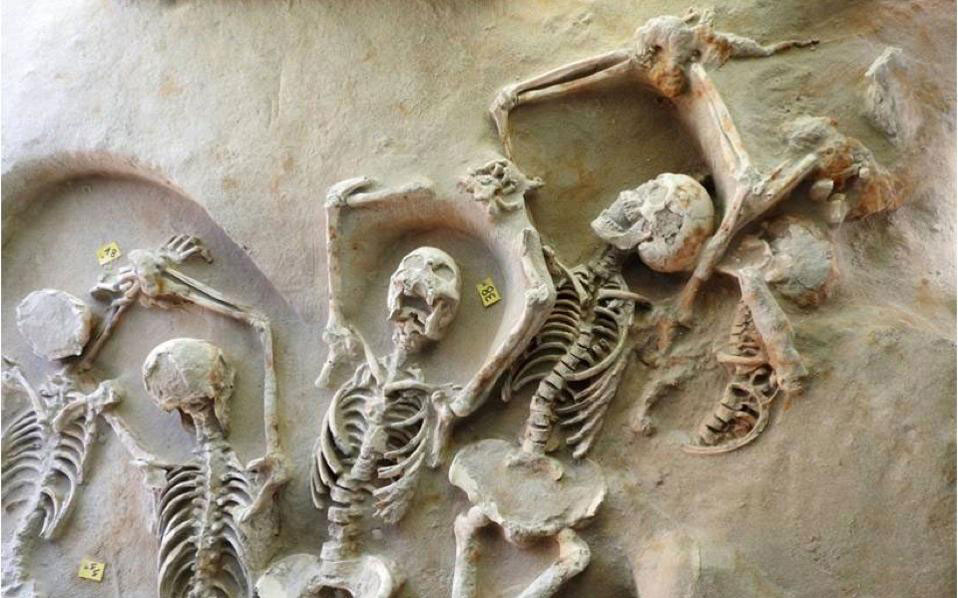 Skeletons from the Phaleron necropolis to be scrutinized

In a new lab of the ASCSA

Archaeologists at the Phaleron necropolis seek the help of specialists to decipher the mystery of shackled skeletons and mass graves. The Malcolm H. Wiener laboratory for Archaeological Science at the American School of Classical Studies in Athens (ASCSA) will examine graves found at the site with the use of tools and approaches that go beyond those of classical archaeology.

Excavations at the site started in the 1910s and the ancient necropolis has constantly yielding new evidence. Earlier this year about 80 skeletons were also discovered. Many of the skeletons of adults found at the site had shackles on their wrists or had their hands tied behind their back. Many were buried face down, something uncommon in ancient Greece. Also, mass graves of children were found. The necropolis was thought to host the deceased of lower social classes. The findings are thought to be from the period between 750 and 480 BC, when social and political unrest took place.

The groups of graves to be examined include mass burials of minors and the graves are known as the D graves.  The new facilities of the laboratory which were inaugurated a few months ago comprise state-of-the-art labs providing researchers the opportunity to augment the work of applied archaeological sciences. Powerful microscopes and electronic x-ray microscopes are used to examine surfaces of rock, plant imprints, soil samples and anything that can provide information on the environment in ancient times.

Scientists hope that this way they will be able to study  the changes in climate and the environment of the necropolis and get an insight as to why the specific site was initially chosen and later abandoned. They also hope that they will gain a better understanding of the dating of the graves, since some of them contain no further evidence, such as funerary offerings.

Apart from the soil and fossils found around the skeletons scientists plan to perform analyses on the bones hoping to reveal details such as the DNA of pathogens and determine whether the deaths of minors were caused by deadly contagious disease.

The skeletons which indicate violent deaths will be analysed to provide evidence regarding their origin, aiming to highlight whether they were killed for political or legal reasons.

The skeletons were transferred to the Malcolm H. Wiener Laboratory in cooperation with the Ephorate of Antiquities of Western Attica, Piraeus and the Islands, which is in charge of the excavations.