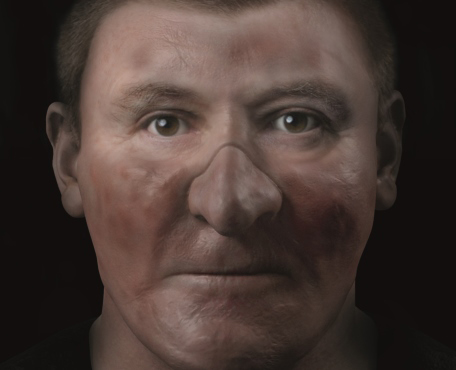 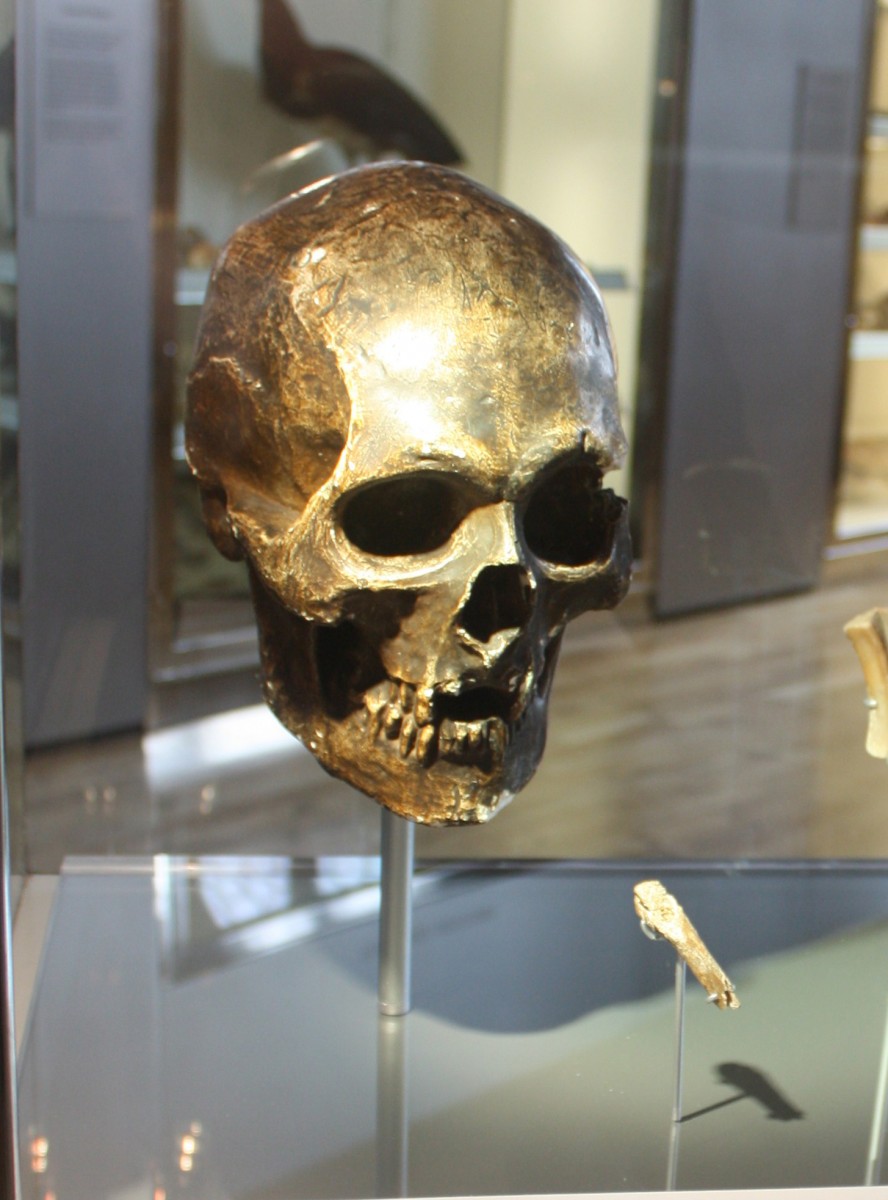 Is this the face of Robert the Bruce?

The most realistic appearance of the hero-king of Scots

Could this be the face of Robert the Bruce, who ruled Scotland from 1306 to 1329, as it has never been seen before?‌

Scientists and historians have joined forces to create detailed virtual images of what could be the head of Robert the Bruce, reconstructed from the cast of a human skull held by the Hunterian Museum.

The realistic images are the outcome of a collaboration between historians from the University of Glasgow and craniofacial experts from Liverpool John Moores University (LJMU).

One image depicts the subject in his prime, a large and powerful male head that would have been supported by a muscular neck and stocky frame – a match for the super-athletes of today. This was a privileged individual who enjoyed the benefits of a first-class diet, and whose physique would have equipped him for the brutal demands of medieval warfare.

Robert Bruce, hero-king of Scots from 1306 until his death in 1329 aged around 55, was no stranger to the battlefield. He waged war to wear down his Scottish opponents and the English regime in Scotland, culminating in the battle of Bannockburn in 1314. To legitimise his kingship and free his kingdom, Bruce also campaigned in northern England and Ireland.

However, the second image reveals that strength co-existed with frailty. The skull exhibits likely signs of leprosy, disfiguring the upper jaw and nose.‌

Historians believe Bruce suffered from an unidentified ailment, possibly leprosy, which laid him low several times during his reign, and probably killed him. In Ulster in 1327, he was said to be so weak that he could only move his tongue.

The project to put a face to the Hunterian skull was led by Dr Martin MacGregor, a senior lecturer in Scottish history at the University of Glasgow. Dr MacGregor was inspired by the discovery of the skeleton of King Richard III of England beneath a car park in Leicester in 2012.

“I was aware of previous attempts to recreate the face of the skull linked to Robert the Bruce,” he said.

“The case of Richard III revealed how far the technology had advanced. I saw an opportunity to apply the technology to the Hunterian skull held here at Glasgow: first to test the credibility of its connection to Bruce, and then to try to add to our knowledge of Scotland’s greatest king.”

Professor Wilkinson said: “Using the skull cast, we could accurately establish the muscle formation from the positions of the skull bones to determine the shape and structure of the face. But what the reconstruction cannot show is the colour of his eyes, his skin tones and the colour of his hair. We produced two versions – one without leprosy and one with a mild representation of leprosy. He may have had leprosy, but if he did it is likely that it did not manifest strongly on his face, as this is not documented.”

No reliable visual depictions of Robert the Bruce were made in his own time, and written records tell us nothing about his appearance. DNA would offer another way to establish hair and eye colour – but there is a problem.

“The skull was excavated in 1818-19 from a grave in Dunfermline Abbey, mausoleum of Scotland’s medieval monarchs,” explains Dr MacGregor. “After the excavation the original skeleton and skull were sealed in pitch and reburied, but not before a cast of the head was taken. Several copies of the cast exist, including the one now in The Hunterian, but without the original bone we have no DNA.”

“The Hunterian also holds a piece of toe-bone said to have come from the same grave, and not returned to it. We had hoped to try and obtain DNA from this and test it against a living descendant of Robert the Bruce, but the bone would probably have been destroyed in the process.”

Professor Wilkinson added: “In the absence of any DNA, we relied on statistical evaluation of the probability of certain hair and eye colours, conducted by Dr MacGregor and his team, to determine that Robert the Bruce most likely had brown hair and light brown eyes.”

“There have also been a number of advances in facial reconstruction techniques since previous depictions of this Scottish hero, including better facial feature prediction and more advanced CGI.”

“This is the most realistic appearance of Robert the Bruce to-date, based on all the skeletal and historical material available.”