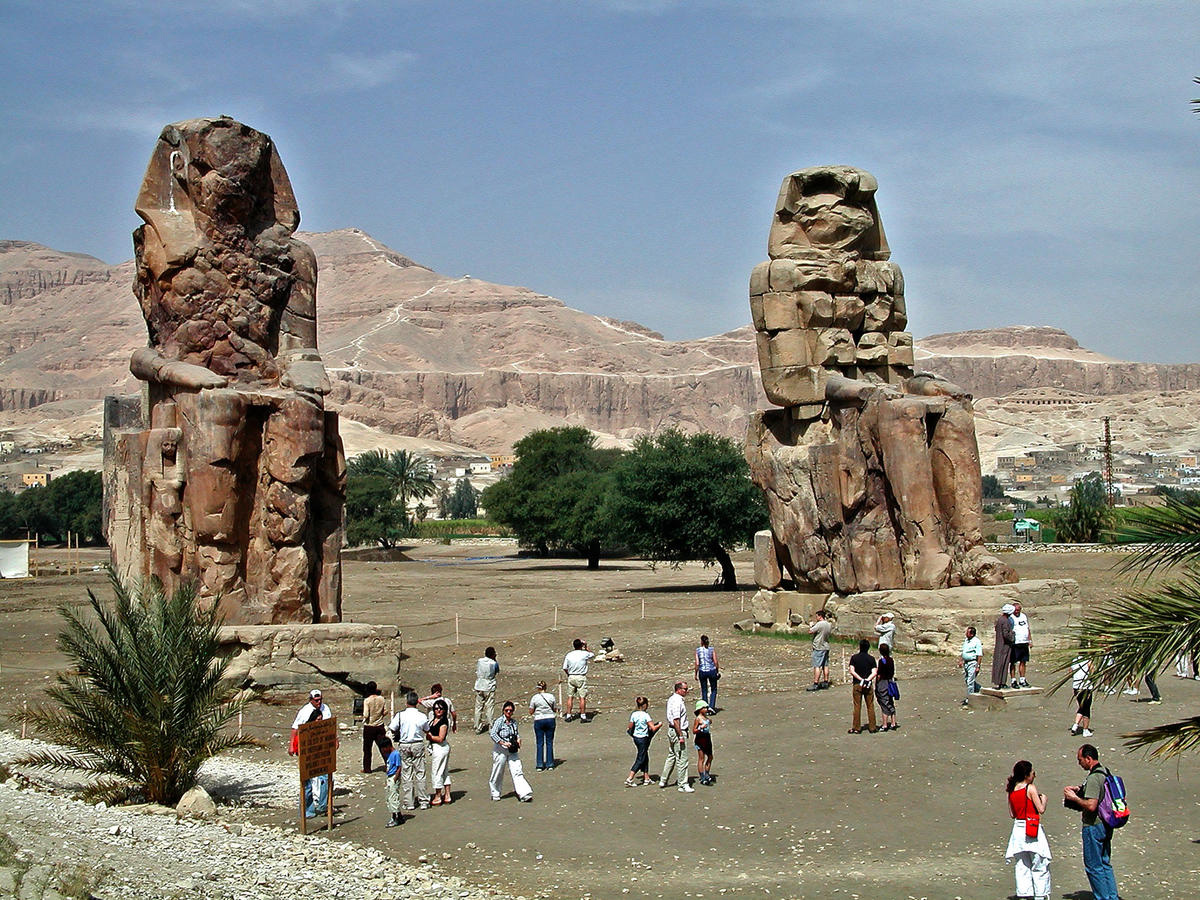 Recent discoveries in the temple of Amenhotep III

The members of The Colossi of Memnon and Amenhotep III Temple Conservation Project directed by Hourig Sourouzian have recently discovered in the temple of Amenhotep III (King of Egypt, 1390-1352 BC) in Luxor West Bank, a series of statues of extraordinary artistic quality and of great archaeological interest.

Dr. Mahmoud Afifi, Head of the Ancient Egyptian Department at the Ministry of Antiquities said that, in the Hypostyle Hall of the temple four parts of the goddess Sekhmet statues were found, including three busts and one headless chest.

Moreover, in the zone of the Third Pylon of the temple large pieces of colossal limestone sphinxes were uncovered, as well as a small torso of a deity made of black granite. The sphinxes are in a poor state of preservation and need to undergo conservation treatment before being exhibited.

The pieces of Sekhmet statues on the other hand are very well preserved, as Dr. Sourouzian pointed out. These will be matched to pieces previously found. It should be noted that several other statues of the goddess Sekhmet have been discovered in the past by the same team on this site.

As daughter of Re, Sekhmet defends the sun-god against his enemies. Likewise, in the temple of Amenhotep III, the large number of statues of the goddess is meant to protect the ruler from evil, but also to prevent or cure diseases.

“All statues of the goddess are now stored in a room of the Ministry of Antiquities for security reasons,” Dr. Sourouzian confirmed. However, when conservation project of the site will be completed, the statues will be placed back in their original setting. The aim of this project is precisely to save the last remains of the temple of Amenhotep III, reassemble and conserve the dispersed parts, and finally to show them in their original places.

Minister of Antiquities Dr. Khaled El-Enany is to travel to Luxor on Monday 12/12/2016, to inspect the newly discovered statues at Amenhotep III temple as well as attending the inauguration of the temporary exhibition to celebrate the 41st anniversary of the Luxor
Museum.

The exhibition put on show a collection of 40 artifacts that are from the discoveries of the Colossi of Memnon and Amenhotep III Temple Conservation Project.
The objects include a collection of amulets, Greco-Roman coins, remains of clay pots and religious stelae.