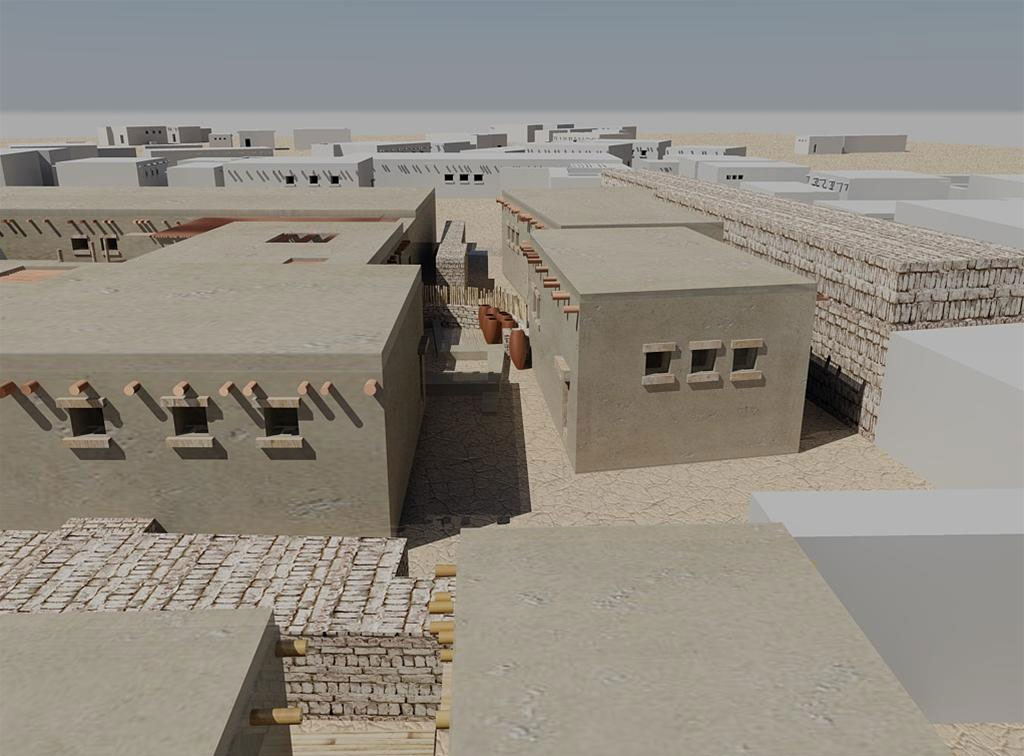 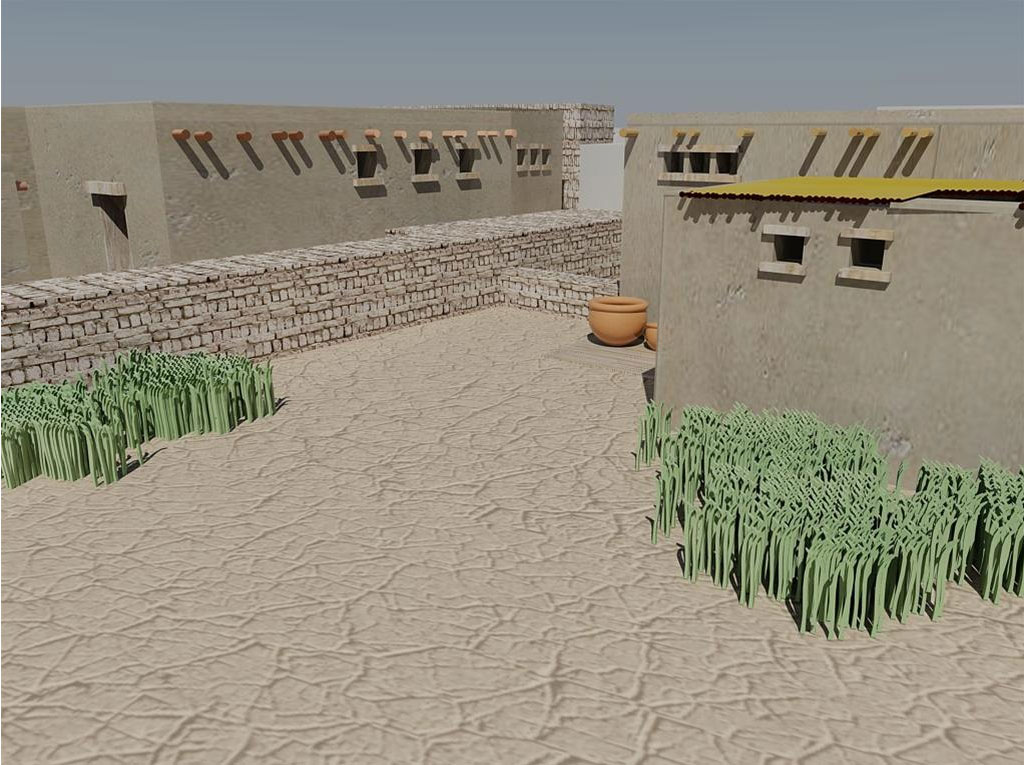 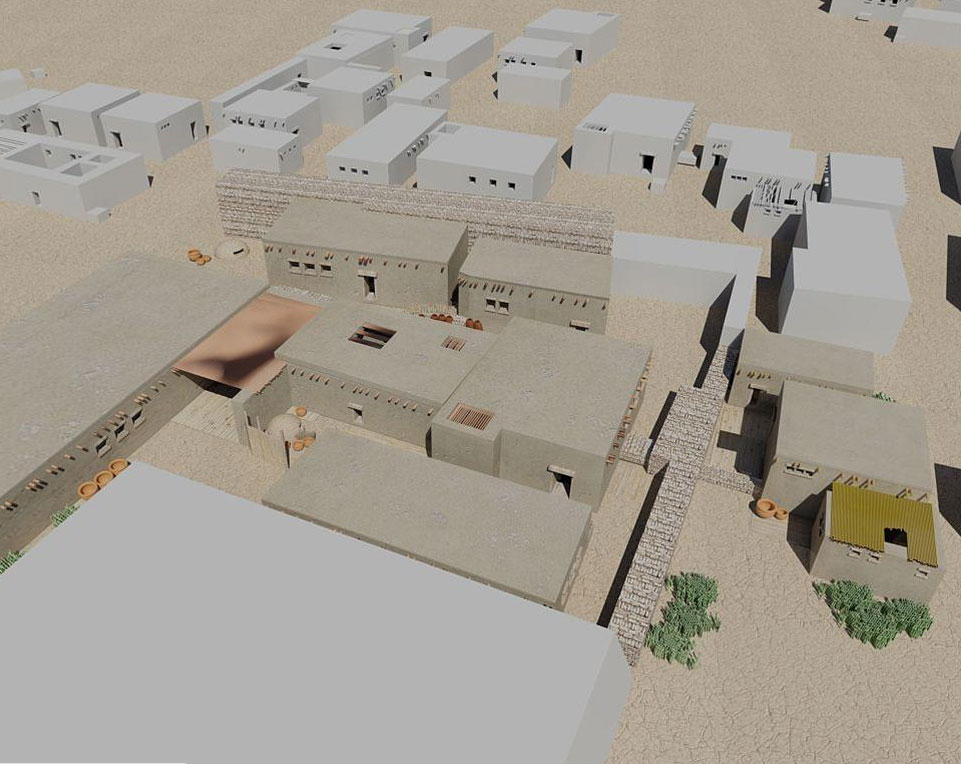 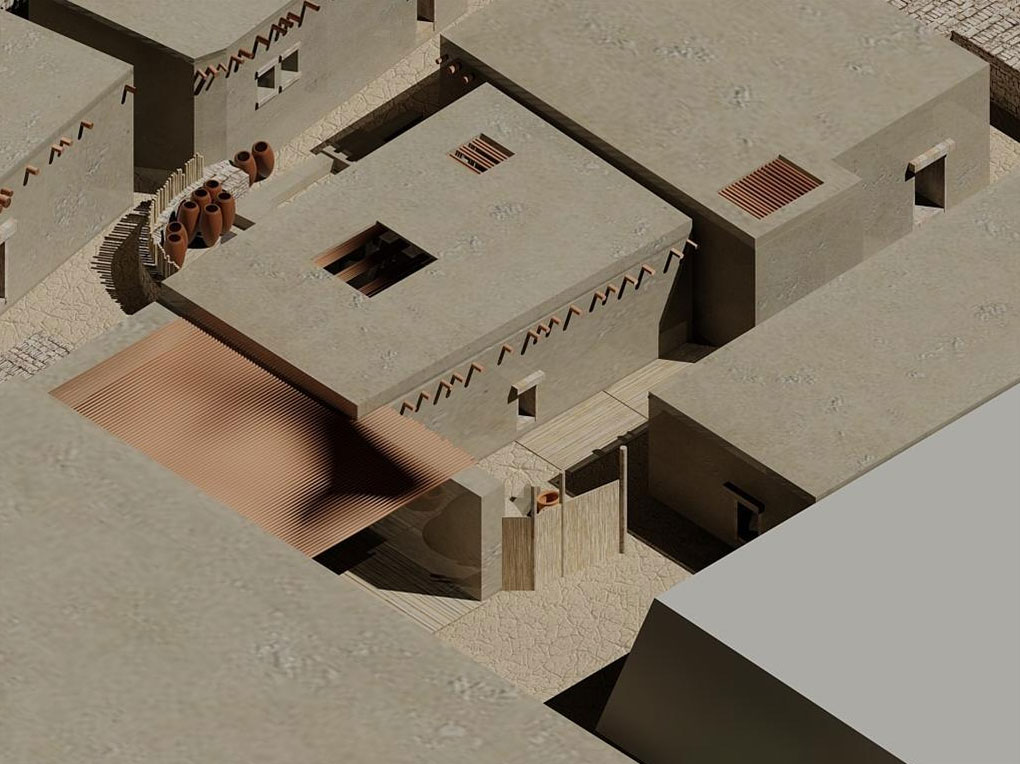 Jacek Karmowski, PhD student of the Institute of Archaeology of the Jagiellonian University in Kraków prepared virtual 3D models of ancient Egyptian houses, based on the results of the Tell el-Farcha excavations in the Nile Delta.

“We associate the architecture of ancient Egypt primarily with stone construction – due to the most recognizable structures left by this civilization: the pyramids and monumental stone temples,” Jacek Karmowski told PAP. “In fact, the contemporary villages and towns were dominated by houses made of mud bricks,” he added.

Structures built with such bricks are not particularly durable, unlike those made of stones. These structures are well preserved due to this durability of the building material. “It must be remembered that the stone architecture is a special, cult type of Egyptian construction, associated with religion and belief in the afterlife,” explained Karmowski.

Work on the reconstruction of non-existent mud brick structures really began during the excavations. The scientist traced the visible relics of bricks and outlines of houses of the settlement using a total station and CAD software to store the data to a computer. He then combined these data with photographs taken during field work.

“But this is just the beginning. Then I went to the library and looked for other sources on possible reconstruction of houses. A big help are preserved models of houses from this period onward and depictions in painting and reliefs, showing different types of residential buildings,” the archaeologist said.

The researcher also studied the ancient Egyptian building tradition. In the Egyptian religious architecture of the Old Kingdom (2686-2181 BC), the builders used less durable materials in stone buildings, including wood and mud bricks. “Observations made in modern villages, including Gazala, which is near our site, played an important role in the reconstruction,” Karmowski added.

Detailed analyses made by the Polish scientist showed that Egyptians living in the Nile Delta approx. 5 thousand years ago, lived in regular, rectangular houses, covering tens of square meters. These structures were built tightly next to each other. The windows were small and located in the upper part of the wall.

Lintels and windows had support beams, to relieve the empty space and to protect mud bricks against erosion and mechanical damages. The lower part of the main entrance had a doorstep, probably placed above the ground level. This type of solution, according to the archaeologist, results from the need to protect homes from the periodic river flooding – these occurred in Egypt until the twentieth century, when the Aswan Dam was built. Houses did not doors; Egyptians used mats to cover door openings instead.

“It was difficult for us to reconstruct the roof; excavations have not provided conclusive information. We turned to modern mud brick buildings again,” said Karmowski.

According to the researcher roofs were probably made of light materials such as boards, branches of small trees, reeds or straw. The roofs were flat.

In addition to the mud brick buildings, a number of other elements can be found in modern cities in the Nile Delta that have analogies to the historic materials and archaeological documentation; for example, various types of fences made of organic materials and walls made of mud bricks. These elements completed the virtual reconstruction.

The site Tell el-Farcha has been studied for sixteen years by the Polish Expedition to the Eastern Nile Delta led by Prof. Krzysztof Ciałowicz of the Institute of Archaeology of the Jagiellonian University and Dr. Marek Chłodnicki from the Archaeological Museum in Poznań.

The settlement was continuously inhabited for almost 1,000 years, from approx. 3700 to 2700 BC. At first, it functioned as an important Lower Egypt local culture centre, then a significant centre of power during the formation of a unified Pharaonic state. Tell el-Farcha became famous a few years ago after the discovery of one of the world’s oldest brewing centres, two gold statues of rulers dating back to more than 5 thousand years, extremely rich temple deposits, which included masterpieces of early Egyptian art, some of which can be seen today in the famous Egyptian Museum in Cairo.