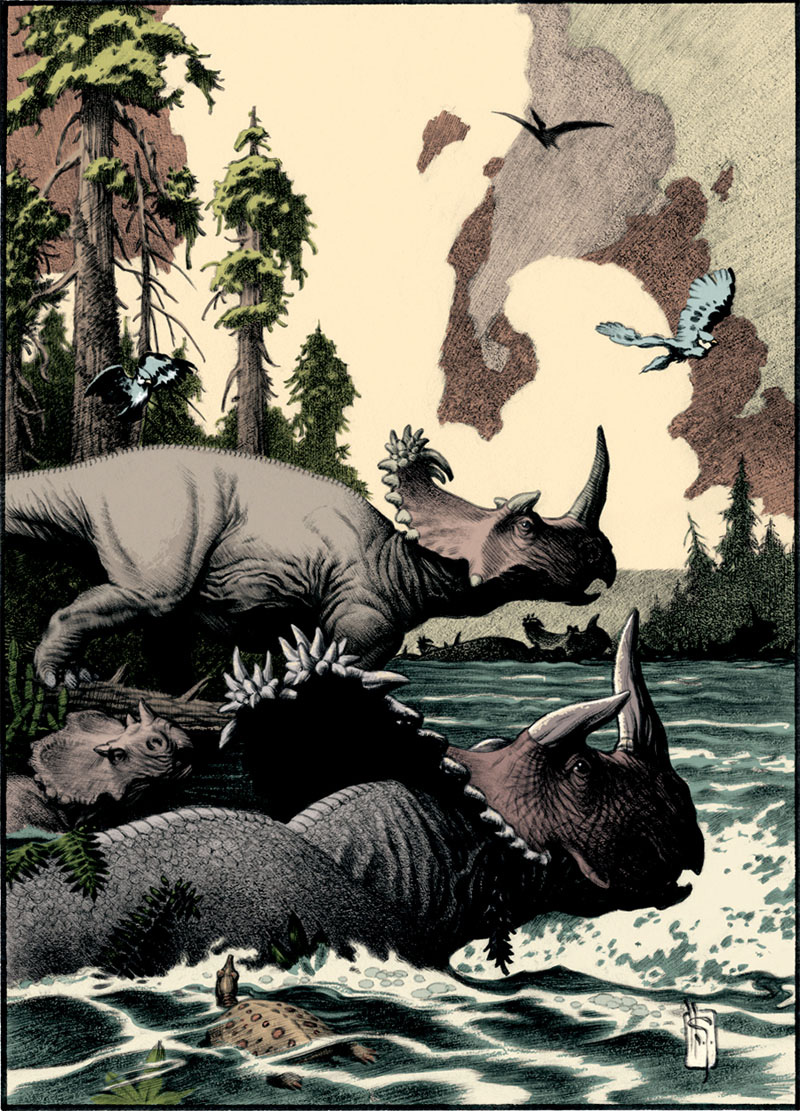 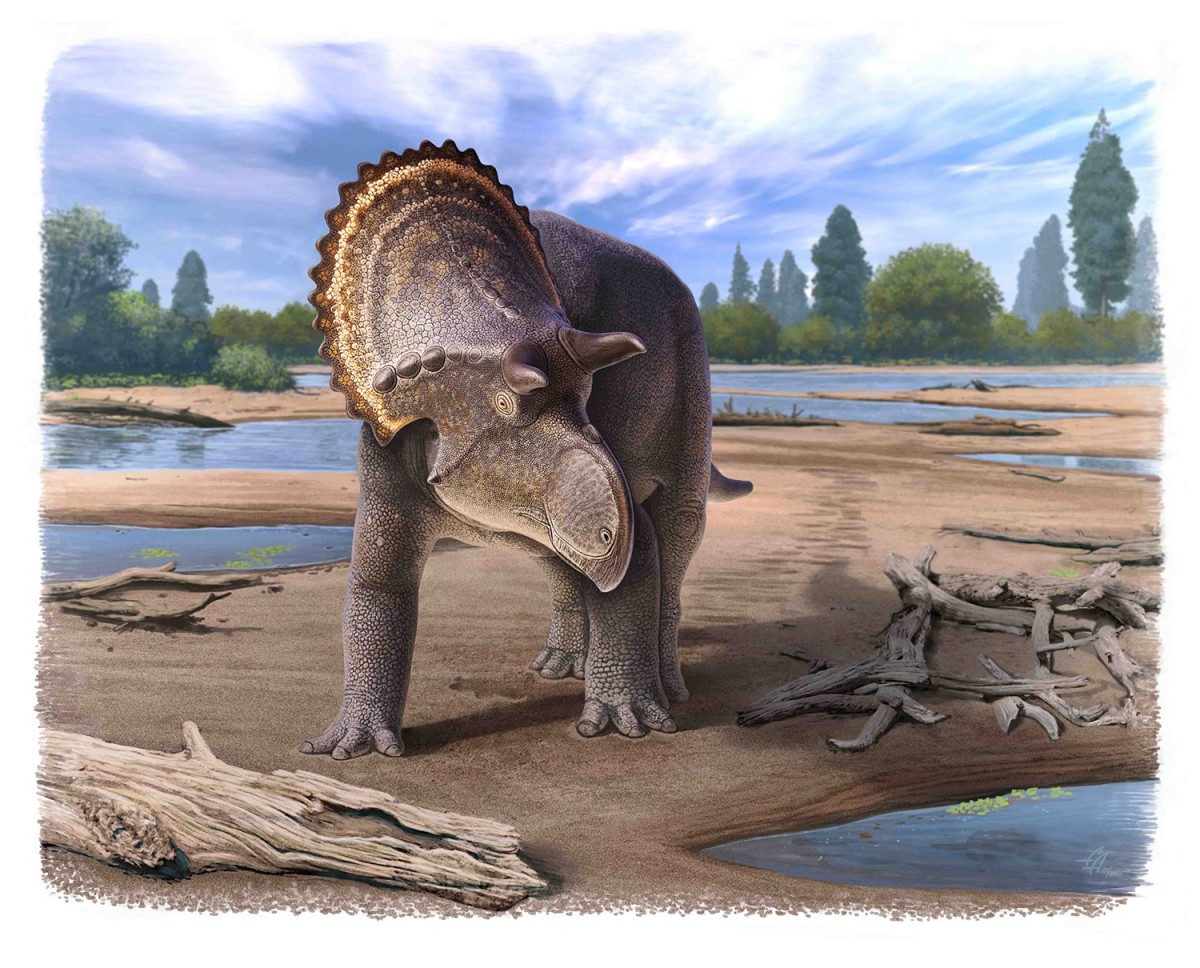 Dr. Michael Ryan, curator and head of vertebrate paleontology at the Cleveland Museum of Natural History, is the lead author on new research published in the Canadian Journal of Earth Sciences that names two new tribes of horned dinosaurs (ceratopsians) based on characteristics related to frill (or head shield) ornamentation.

The two new tribes, Nasutoceratopsini and Centrosaurini, lived concurrently in the Late Cretaceous Period (74-76 million years ago) in the same region of what is now western North America. The major distinction between the two tribes is the ornamentation of the famous head frills all ceratopsians have.

Nasutoceropsins were dinosaurs that had large, broad frills that lacked well-developed ornamentation, suggesting they chose to blend into their environments rather than stand out with impressive head displays. By contrast, centrosaurins were a natural grouping of dinosaurs that had highly ornamental frills. Other differences between the two tribes included the length of horns that extended from their brows (nasutoceratopsins tended to have longer brow horns) and the structure of the lower jaw.

The distinctions open fascinating new questions, including whether a differing jaw structure resulted in the two tribes not competing for the same food resources, which would explain why they could live together in the same environments as modern black and white rhinos do. Sadly, other questions might be impossible to answer.

“Nasutoceratopsins took a different evolutionary path from their centrosaurine cousins that typically have highly ornamented skulls,” said Dr. Ryan. “We believe that the skull ornamentation was important for attracting mates. If nasutoceratopsins lacked boney ornamentation, it’s possible that they may have used distinctive coloration patterns, social behaviors or vocalizations, like modern birds do in their courtship behaviors. But we’ll never know for sure since those latter features don’t fossilize.”