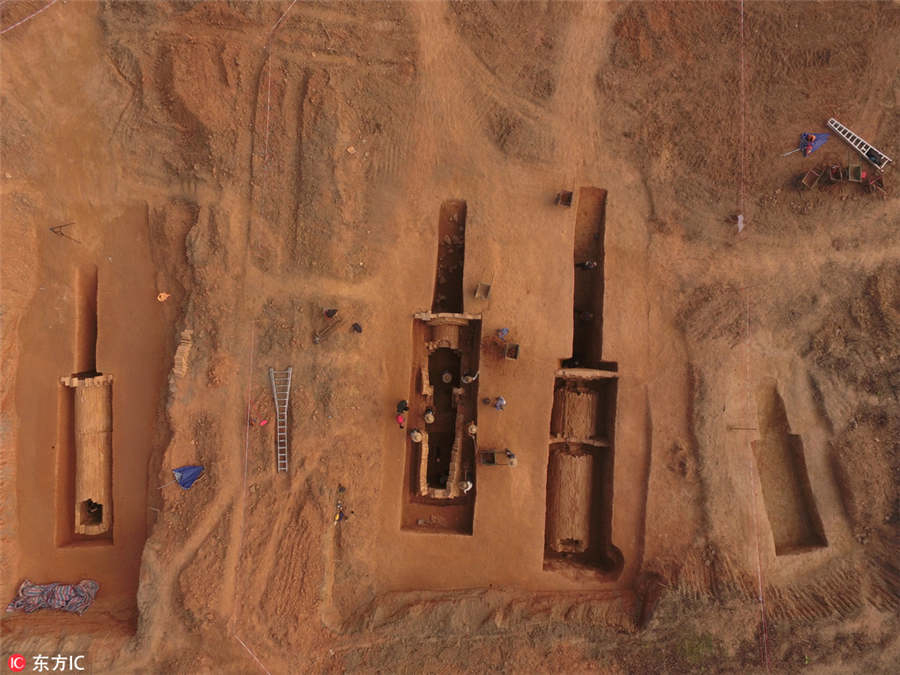 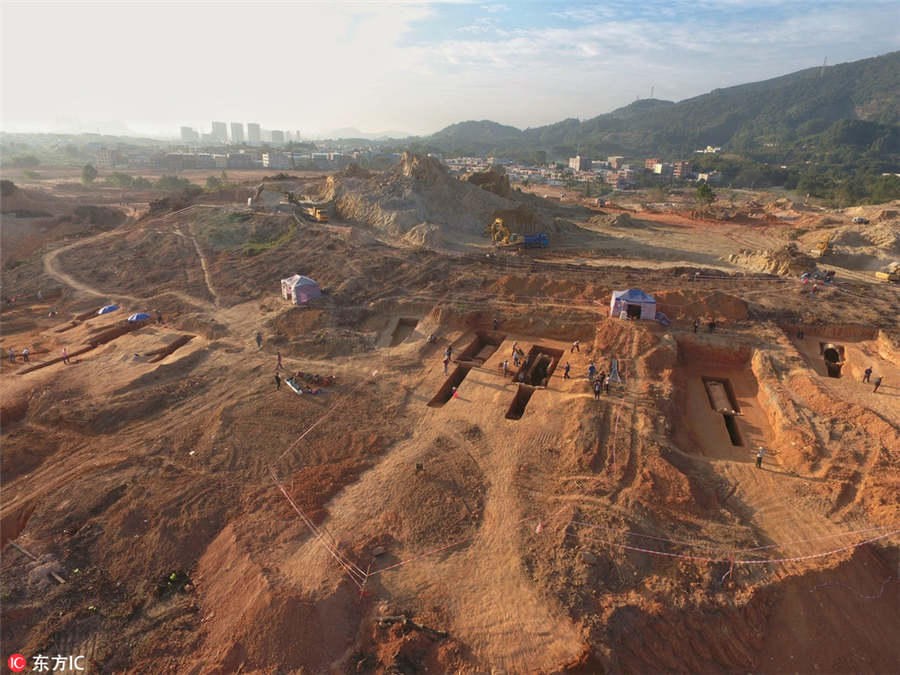 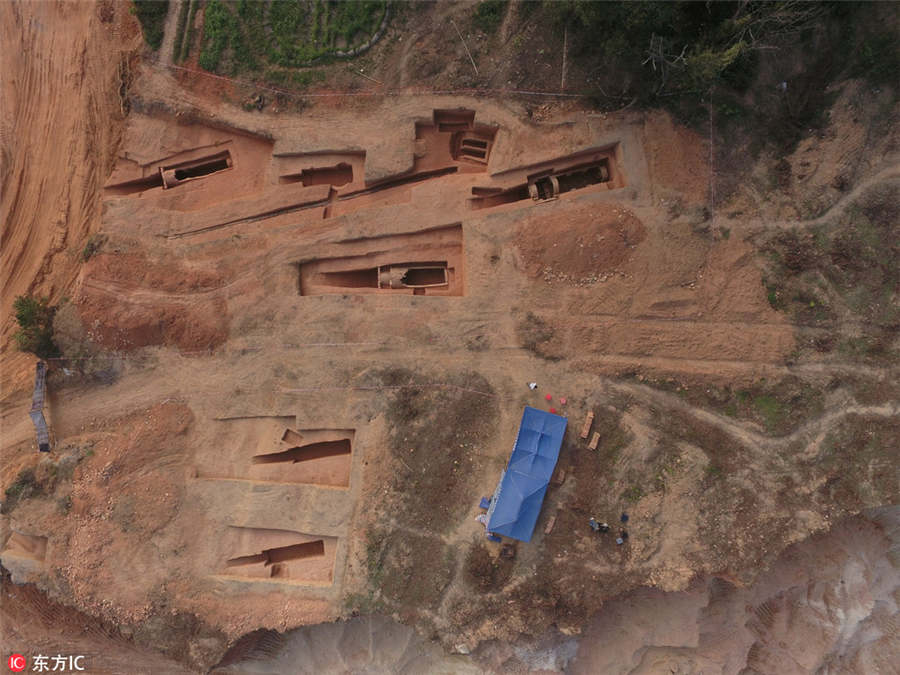 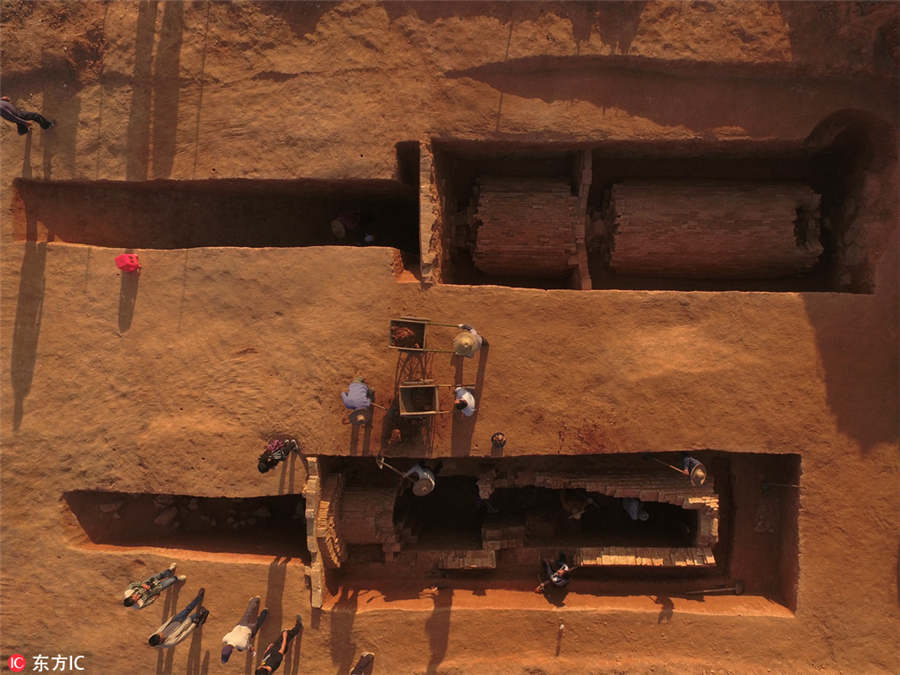 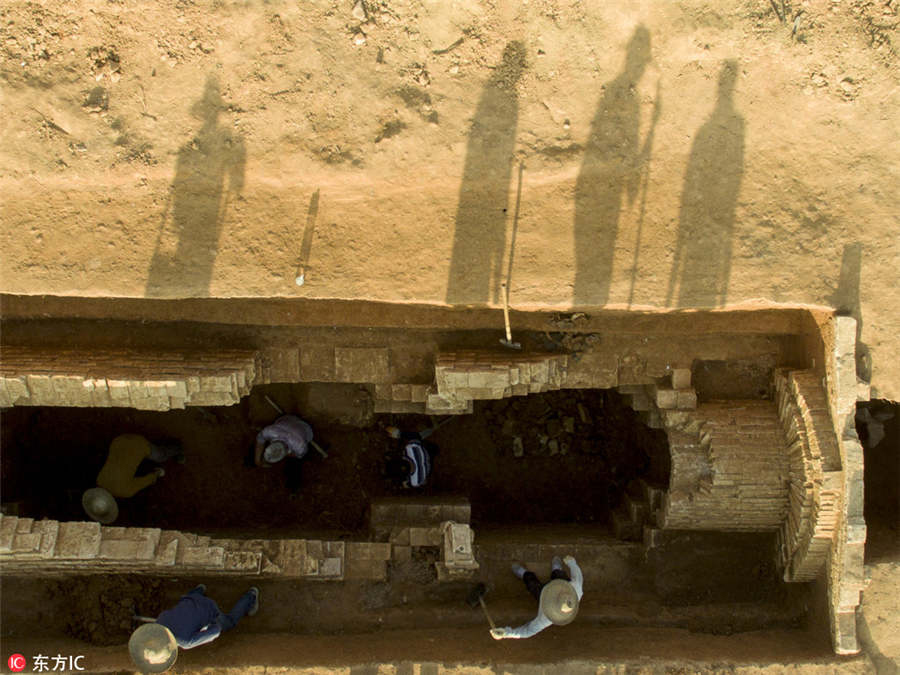 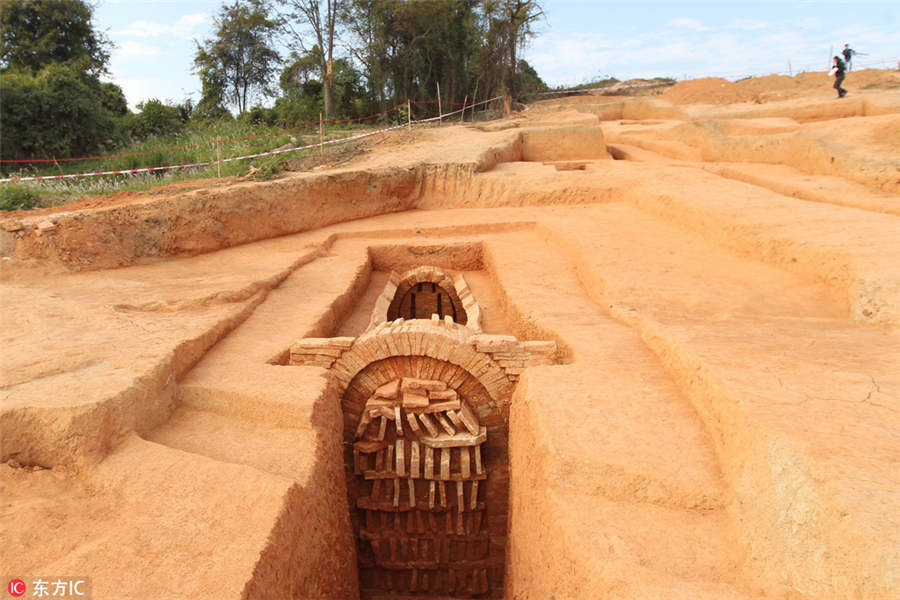 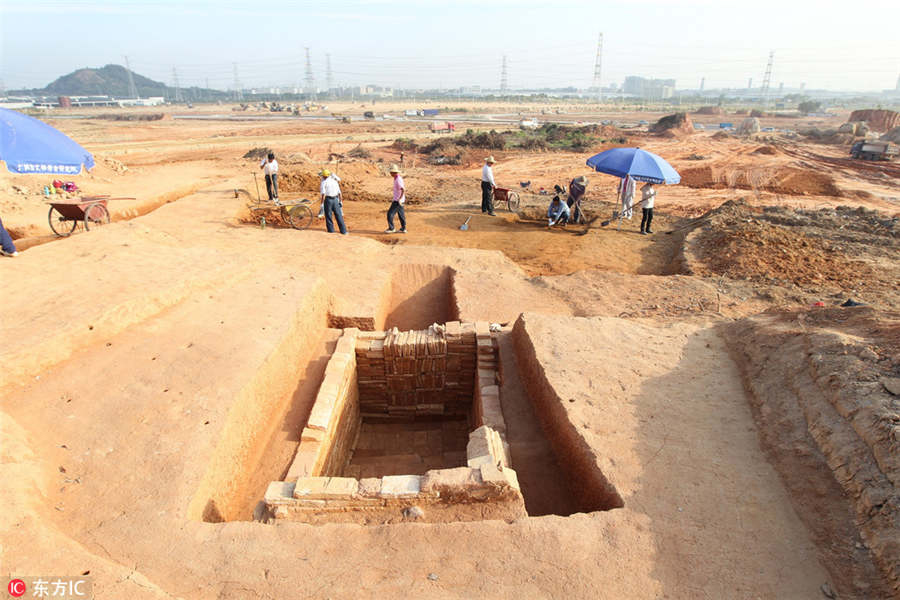 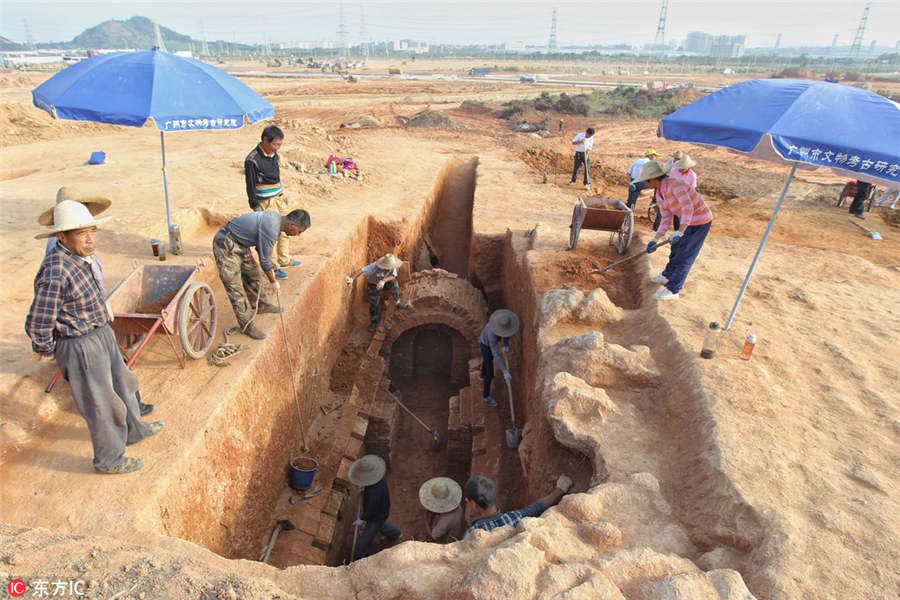 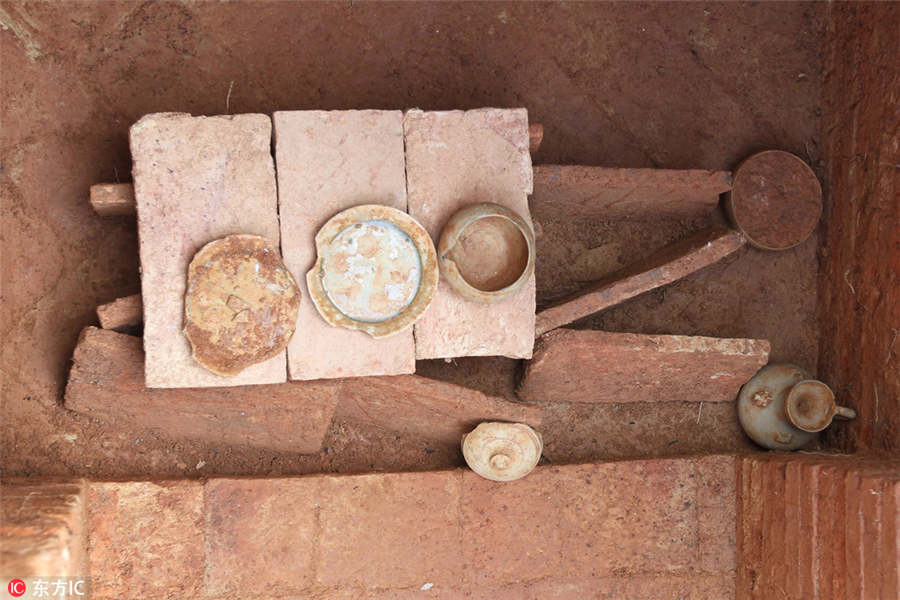 From the Six Dynasties era

Archaeologists conducting excavations in an area of 66,000 square metres, at Xintang county in Guangzhou of Guangdong province, found twenty-five tombs spanning from Shang Dynasty (1600-1046 BC) to Ming Dynasty (1368-1644).

Zhu Hairen, head of the archaeological team, said these tombs have special features compared with tombs from Six Dynasties (222–589) in Guangzhou ancient town, which are rare to find in excavations in Guangzhou.

The tombs include two pit tombs and 19 chamber tombs made of bricks. The area excavated lies 36 kilometers away from urban Guangzhou.

An abundance of relics was also located and will soon be unearthed: stone tomahawks, a crystal penannular jade ring, a sonim pottery kettle from Shang Dynasty, a copper bowl, a copper washing bowl, a terrine from Western Han Dynasty, a chicken-spout pot, dishes, bowls, and small cups from Jin and Southern Dynasties.

According to Zhu, stone tomahawks were used as a sacrificial vessel in the Shang Dynasty. They were a symbol of power, which indicates the owner of the tomb could have been a high-ranking military officer of the time.

The density and good preservation state of the tombs is unique in the ancient Guangzhou town. This is also the largest tomb cluster from the Six Dynasties era to be found in Zengcheng district. This fact leads to the conclusion that a large group of people had lived along Zengjiang River since Six Dynasties.

The archaeological work started in September this year and will be completed soon. The team will unearth the relics and refill the tombs later.