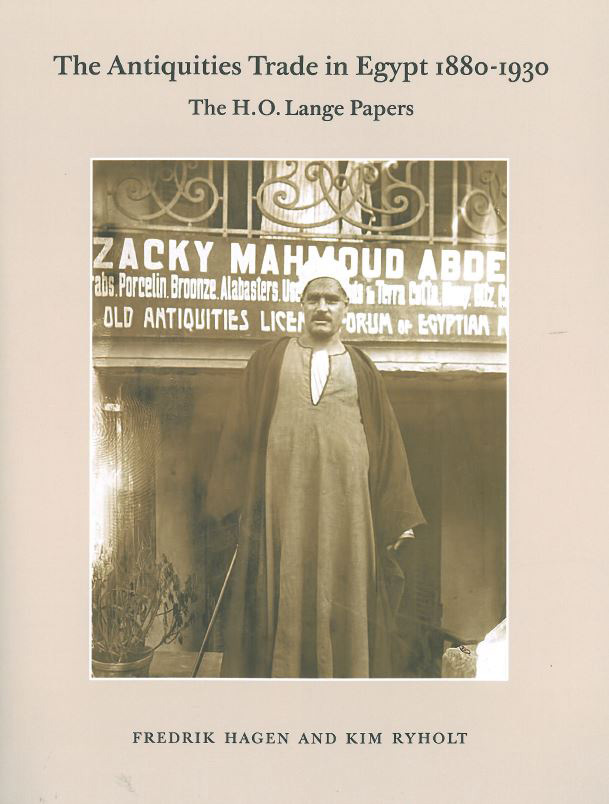 The vast collections of Egyptian objects on display in Western museums attract millions of visitors every year, and they reinforce a cultural fascination for this ancient civilisation that has been a feature of European intellectual history since Roman times. This book tells the story of how these objects came to be here.

The book presents the first in-depth analysis of this market during its “golden age” in Egypt in the late 19th and early 20th Century. It is primarily based on the archival material of the Danish Egyptologist H. O. Lange (1863-1943) who, during two prolonged stays in Egypt (1899/1900 and 1929/1930), bought objects on behalf of Danish museums. The travel diaries, and the accompanying photographs, are complemented by a wide range of other sources, including contemporary travel guides and various travel memoirs, which together paint an extraordinarily detailed picture of the extensive antiquities trade.

The book looks at the laws governing trade and export, both in theory and practice, and the changes over time. The practicalities of the trade are described: its seasons, the networks of supply, the various methods available for acquiring antiquities, and the subsequent routes of transmission of objects, as well as the different types of dealers operating in Egypt. The geographical distribution of dealers is mapped, and the role of the Egyptian state as a dealer is investigated, both through official sale rooms, and as a seller and exporter of more or less complete tomb-chapels.

The final part of the book contains a list, with short biographies, of over 250 dealers active in Egypt from the 1880s until the abolishment of the trade in 1983. Most of them are described here in detail for the first time.

The book will be of interest to archaeologists, Egyptologists, papyrologists, museum curators, and historians of science, and is a useful starting point for anyone wishing to understand how the great Western collections of Egyptian antiquities were formed.