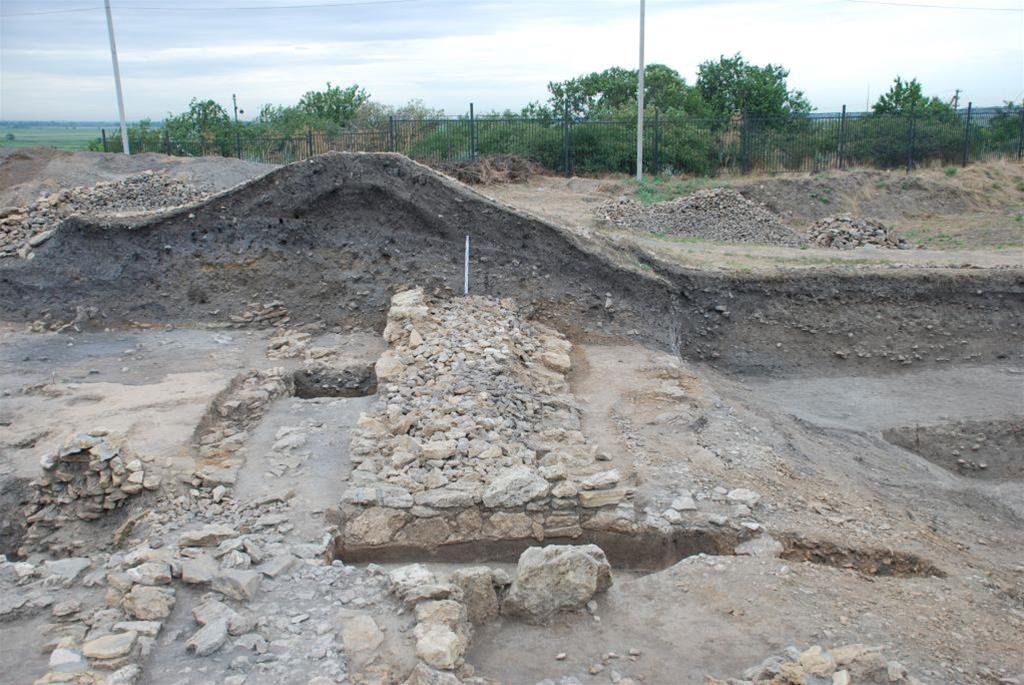 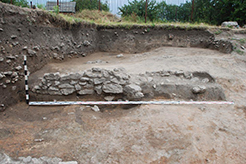 Ancient Greek colony in Russia had complex system of fortifications

Fortifications in the remote Greek colony 2,000 years ago in Tanais were more complex than previously thought. This is evidenced by the results of recent excavations conducted by archaeologists from the University of Warsaw.

Tanais was probably founded by Greek settlers in the early third century BC. It was located at the junction of influences of ancient civilization and the tribes of the steppe – at the mouth of the River Don to the Azov Sea in present-day Russia.

“Our research shows that even at the end of the Greek world settlers built according to standards known from Greece. The fortifications discovered this year were made very carefully, according to typical antiquity standards,” explained the expedition leader, Dr. Marcin Matera from the Institute of Archaeology of the University of Warsaw.

In its glory days, the city wall had to make a big impression. It was is built in the two faces technique – which means that rock rubble and clay was poured between two stone walls.

The walls were made of large blocks of rough limestone. Behind the city wall was a ditch, which can be compared to medieval moats around castles. Until now, scientists believed that it was not fortified. Meanwhile, this year’s research showed that the outer slope of the ditch was also reinforced with a wall. Another one probably limited the ditch on the other, inner side – between the main city walls and moat. These types of fortifications were used by the light troops defending the city – archers and slingers.

“This system of fortifications meant that getting siege machines to the city walls was definitely difficult,” added Dr. Matera.

Another discovery of Polish archaeologists is also part of the well-thought defence system of ancient Tanais – a stone and wooden bridge that led across the ditch to the gate of the city. Its pillars on one side were built of stone, and the other wooden poles were used.

“This is a unique project in the entire Greek world also because the bridge is not perpendicular to the fortifications, but positioned at a certain angle – this made things difficult for the troops storming the city if they were a battering ram or other siege weapons,” explained the archaeologist.

Powerful fortifications of Tanais were designed to protect the city against waves of nomads coming from the east. The city was mentioned by Strabo, who wrote about its devastation by Polemon (Bosporan ruler) at the end of the first century BC. The revival of Tanais came at the end of the first century AD. After two hundred years, the city completely fell into decline after the invasion of Sarmatians or Goths.