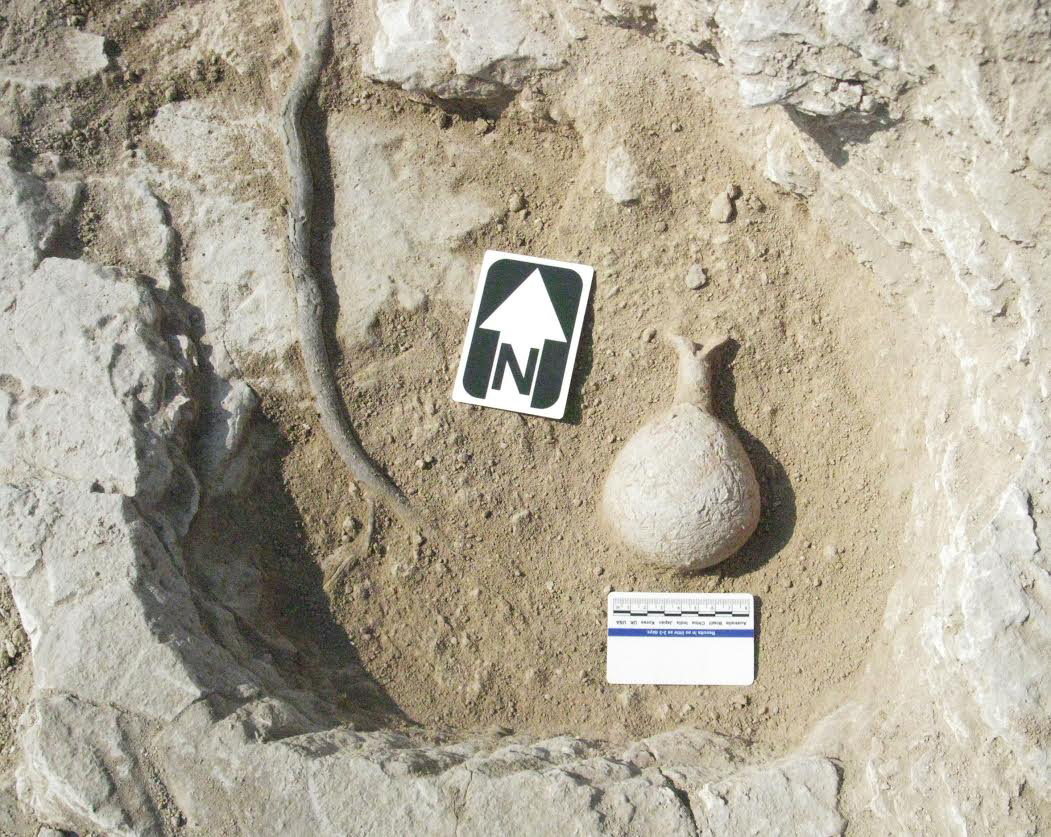 By the Italian Archaeological Mission

The Department of Antiquities, Ministry of Transport, Communications and Works announces the completion of the 2016 fieldwork season undertaken by the Italian Archaeological Mission at Erimi (Università degli Studi di Firenze) at the site of Erimi-Laonin tou Porakou. This year’s fieldwork was carried out between September 16th until October 7th 2016.

As observed during the previous seasons, the site of Erimi-Laonin tou Porakou, located on a high plateau on the eastern Kouris river bank, was occupied during two main phases (Phases A and B), with a series of related sub-phases within the Middle Bronze Age period. The area seems to have then been scantily used during the late-Hellenistic and Roman periods, following a long period of abandonment.

The focus of the 2016 season was to investigate two areas, which differ in their use and function: the domestic area, located on the lower terrace (Areas T1-T4) and the southern cemetery (Area E). Four new areas were excavated on two adjacent terraces (Areas T1-T4), on the south-western quarter of the settlement. Area T1 extends over an area of 35 m2 and is located on a minor terrace in the western section of the settlement. Investigations in this area revealed a massive wall structure that seems to limit the settlement to the West, following the natural edge of the terrace. The wall is 1,60-1,70 m. wide and a carving within the bedrock, measuring 0,60 m. in depth was made in order to create the foundation of the structure. The carving was then filled with rubble and large stone blocks with plaster mortar. This impressive wall seems to have been a sort of circuit wall and can be presumably ascribed to Phase A of the occupation of the settlement during the end of the Middle Bronze Age. A series of installations (basins and working installations), dated to the previous phase (Phase B) were excavated outside the wall. Interestingly, a series of four elliptical shallow pits were identified on the exterior of the wall; they are positioned in a line, all at the same distance from the wall (3,00 m. average) and contained three complete vessels carefully deposited at the bottom. These structures do not appear to have been working installations but they rather seem to be related to the wall’s construction/abandonment episodes. Another part of the wall was identified in area T4 on the southernmost section of the same terrace, thus suggesting that the wall delineated the village towards the South also.

Area T2 extends over an area of 38 m. in the south-western section of the major terrace. Α domestic quarter was located here during previous seasons. The excavation of this large area revealed a multi-functional area with a series of three roofed units (Units 1-3) and two large open-air working spaces (Spaces 4-5). In Space 4, a large circular pit was excavated, used as a domestic dump structure, where a deposit of discarded tools, pottery and animal bones was found. In area T3, on the North-western extension of the same terrace, a further roofed unit was partially cleared over an area of 16 m2.

The southern cemetery area (Area E) extends over a series of terraces sloping towards the South-East of the settlement. The funerary cluster is characterized by a series of rock-cut pit and chamber tombs, dated back to the same chronological horizon of the settlement. Two interesting additional graves (Tombs 429 and 430) have been excavated during this season, of special interest as to their architecture and associated burial rituals.

Tomb 429 is a large underground chamber, with two entrances and a large stomion (entrance) block. The tomb was partially looted, but the remaining burial deposit revealed numerous bronze objects. These objects were presumably related to the clothes the dead were buried in and to the funerary shroud. An additional terracotta plaque was also found as part of the offering deposit. Tomb 430 is an adjacent chamber tomb, with a similar large stone stomion and a small deposit of ceramic vessels.