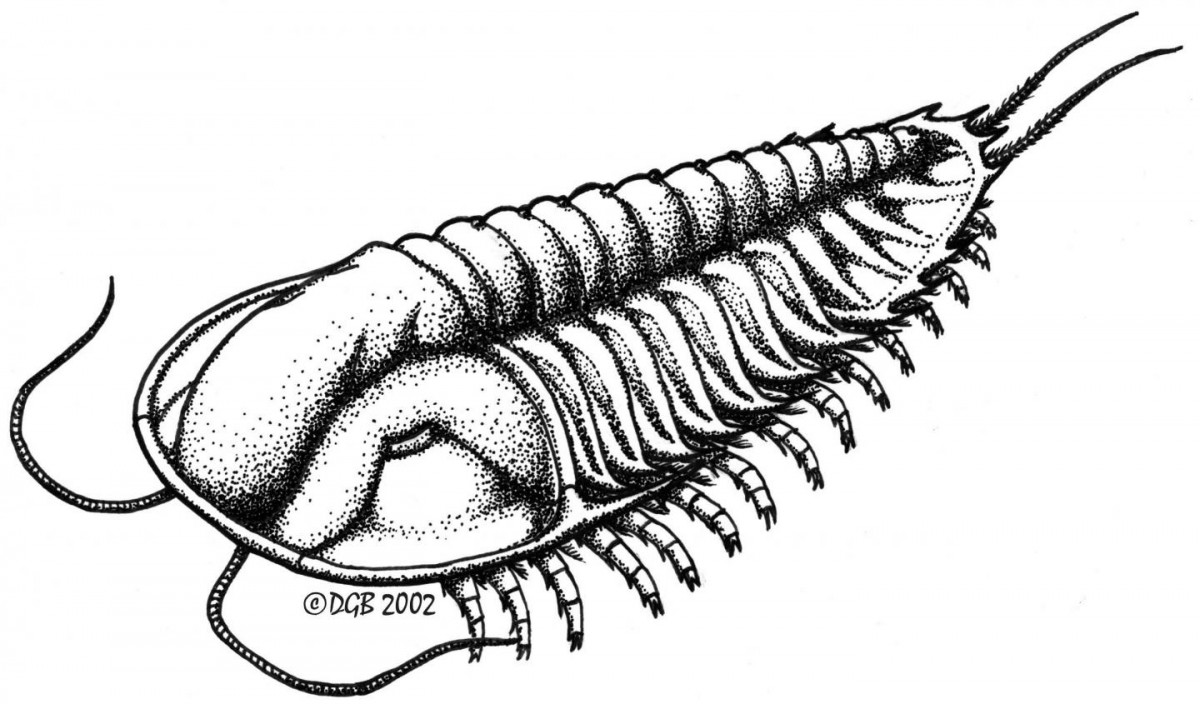 Around the ancient supercontinent Gondwana

Fossils found in Morocco from the long-extinct group of sea creatures called trilobites, including rarely seen soft-body parts, may be previously unseen animals that left distinctive fossil ‘footprints’ around the ancient supercontinent Gondwana.

The trilobites were a very common group of marine animals during the 300 million years of the Palaeozoic Era with hard, calcified, external armour-like skeletons over their bodies. They disappeared with a mass extinction event about 250 million years ago which wiped out about 96% of all marine species.

University of Adelaide-led research published in the journal Scientific Reports describes three specimens of the 480 million-year-old trilobite Megistaspis (Ekeraspis) hammondi, up to 30 centimetres long and with preserved soft-parts showing a unique combination of digestive structures and double-branched legs.

“One of the most striking aspects of the discovery is that the first three pairs of legs, those located in the head, bear short, strong spines, while those further back in the thorax and tail are smooth,” says Dr Diego García-Bellido, ARC Future Fellow with the University of Adelaide’s Environment Institute and South Australian Museum.

“We believe this specialised type of legs are the ones that produced the fossil traces named Cruziana rugosa, thought to be from a trilobite but the actual trace-maker was previously unknown. These marine animals ploughed the sediment in the sea floor for food with their forward legs, while holding their heads tilted downward, leaving behind a double groove with parallel scratches made by the spines on the legs.

“The legs we can see on these new fossils match the traces we’ve known as Cruziana rugosa.”

Dr García-Bellido, Juan Gutiérrez-Marco of the Spanish National Research Council and colleagues present for the first time the preserved gut with associated digestive structures plus a complete set of both branches of the trilobite legs.

Cruziana species are one of the most abundant trace fossils found in the lower Palaeozoic sediments across Gondwana but little was known of the particular process producing the distinct Cruziana rugosa traces, where imprints are aligned in sets of up to 12 parallel scratches.

The digestive structures seen also include a unique combination of features: a ‘crop’ together with several pairs of digestive glands or caeca in the upper parts of the digestive system. Other trilobite fossils have been seen with either a crop or the paired digestive caeca but, until now, they have never been found together.

Trilobites have three main parts: a head with eyes, antennae, mouth, and three pairs of appendages or legs; a thorax with many joined segments, each bearing a pair of legs; and a tail with a number of fused segments and several pairs of legs. Trilobite appendages are soft, with an outer branch which is a gill, and an inner branch used for walking and feeding. The preservation of their soft-body is extremely rare, restricted to only a couple of dozen cases, because their external ‘skin’ and internal anatomy was normally lost through scavenging and decay soon after death, or overprinted by the mineralised exoskeleton.

The research involved collaboration between the University of Adelaide/South Australian Museum, the Spanish Research Council and Spanish Geological Survey, and the Universities of Vila Real and Coimbra in Portugal.