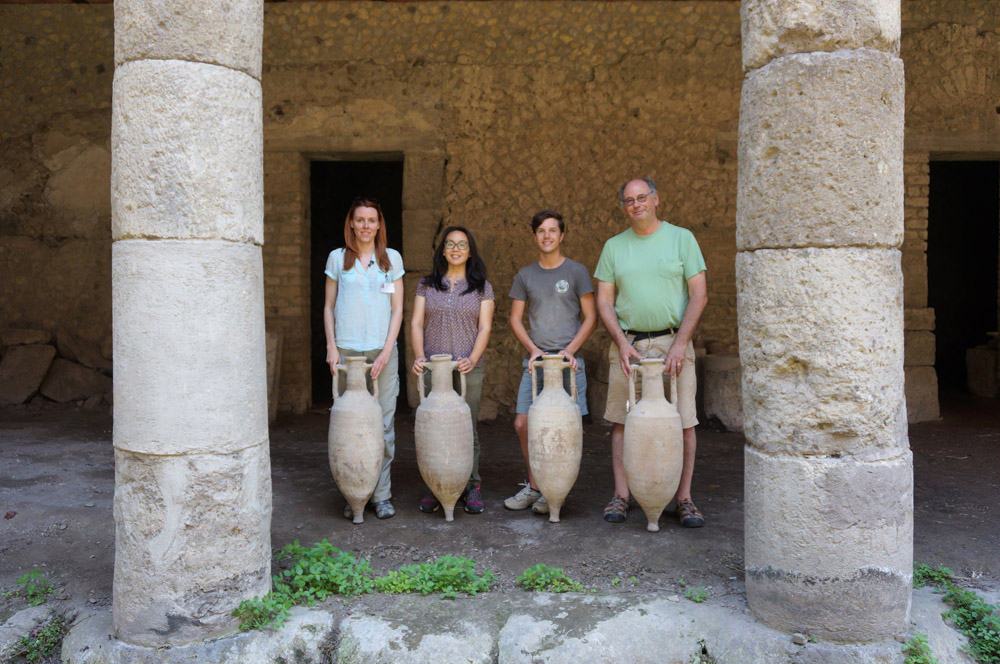 The valuable information of garbage

Investigating the relationship between ordinary Romans and their humdrum possessions

While Pompeii is known for its exquisite wall paintings, sumptuous villas and golden jewelry brought to light during excavations since 1748, archaeologists are now examining a less glamorous feature of the site: the garbage.

Systematic research over the last few years focuses on street trash, buckets and even storage containers from Pompeii and other ruins. This time researchers are interested in understanding the relationship between ordinary Romans and their humdrum possessions. The research project is called “The Pompeii Artifact Life History Project” and it is headed by Theodore Peña of the University of California, Berkeley. The project began in 2012. Rather than excavating PALHIP focuses on the detailed analysis of selected sets of artifacts recovered in earlier excavations with a view to shedding light on patterns in the manufacture, distribution, acquisition, use, maintenance, reuse, and discard of these items.

“We’re actually starting to see evidence of people’s choices and how they dealt with their objects,” says Caroline Cheung, a graduate student at the University of California, Berkeley, involved in the project. “We get a sense of how people were using them, how they were storing them, whether they were throwing them away or keeping them.”

Among the sets of materials analysed by the PALHIP team there is the in-use artifact assemblage from the Villa Regina a Boscoreale, a farmhouse situated 1.3 km to the northwest of the town; a warehouse/wine bottling facility on the outskirts of Pompeii; refuse from cesspits under the sidewalks and on the surfaces of the streets that flank the Insula of the Chaste Lovers (Insula 9.12); and refuse from large trash middens dumped against the exterior face of the town’s fortification wall between Tower 8 and the Nola Gate.

The common objects left behind show that people didn’t necessarily go easy on their possessions, even though the articles of everyday life were often purchased rather than homemade.

The objects collected from the farmhouse led researchers to the conclusion that Pompeians “basically didn’t take out the garbage,” as Theodore Peña said.

In the same farmhouse, in a storeroom of the kitchen, shelves held gear that “had the hell beaten out of it,” Peña says. These included a bronze bucket full of dents (possibly caused by its banging into the side of the well just outside the farmhouse), pots with bits of the rims broken off and a casserole so badly cracked that it was close to falling apart. Still, people had kept them to use again.

In the wine-bottling facility, there were more than 1,000 amphorae. Many were patched and waiting to be refilled, presumably with wine, Peña says.

As for the street rubbish, although researchers expected to find lots of broken glass, they found almost none, which is a sign that even shards of glass were being collected and re-used for something else.

Whether the people of Pompeii were passionately recycling humble objects cannot be confirmed yet. However, evidence found so far indicates that “ceramics and other types of objects were being reused, repurposed or at least repaired,” Cheung says, in contrast to today’s society.