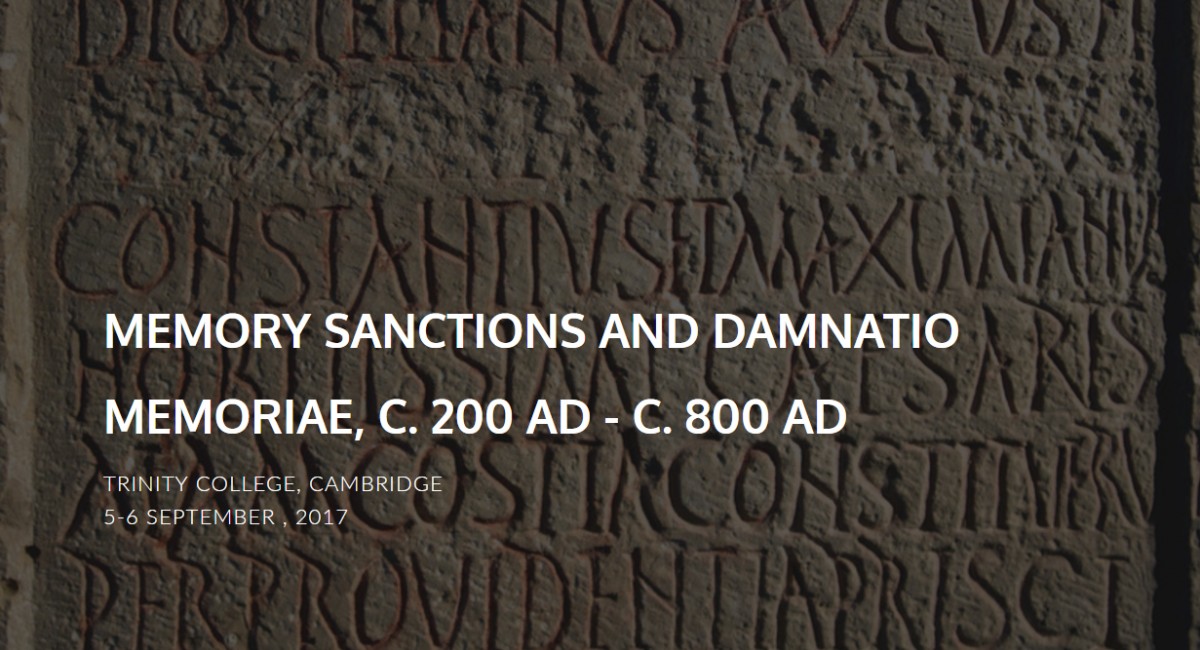 The process of memory sanction in the Roman world has been widely studied as damnatio memoriae (literally ‘damnation of memory’), almost exclusively understood as a process of destroying and defacing images and of removing names from honorific inscriptions. By contrast, in the early middle ages the issue of memory sanctions and the destruction of images has been mainly studied through the history of Byzantine Iconoclasm, but there is no systematic study of memory sanctions in the post-Roman world, either in the east and in the west. This conference therefore aims to bring together an interdisciplinary group of scholars with different regional, chronological, and cultural focusses to bridge the gap between Roman and medieval practices of memory sanction. This will be achieved by charting out instances of conscious and intentional attempts, however conceived, to suppress memory between c. 200 AD – 800 AD.

The organisers therefore invite papers dealing with any aspect of the intentional suppression of memory, whether for political, religious, or social ends, from any period within the stated chronology. We seek papers from established scholars, early-career researchers and graduate students in disciplines such as Classics, History, Archaeology, and Art History. In order to maintain the comparative and interdisciplinary focus of the conference, we would also welcome submissions of a truly comparative nature within our period of study. Likewise, we would encourage papers that make a methodological contribution to our understanding of memory and its suppression. For more details on the conference, please visit www.memorysanctions.com.

Topics for papers may include, but need not be limited to:

-the ideology of the condemnation of memory

-pagan and monotheistic thinking on concepts such as heaven, hell, and heresy

To apply: Please send an abstract of no more than 300 words and a brief (one side) CV to [email protected] no later than Friday 17th March 2017. Papers will be 25 minutes, with 15 minutes for questions.

We are currently exploring the possibility of providing a limited number of bursaries to support postgraduate students travelling to attend the conference. However, we would encourage all students to apply to their home institution for funding in the first instance. Alternative sources of conference attendance funding, specifically aimed at postgraduate students in relevant disciples may be found at our website.

Please also note that we intend to publish the proceedings of the conference.