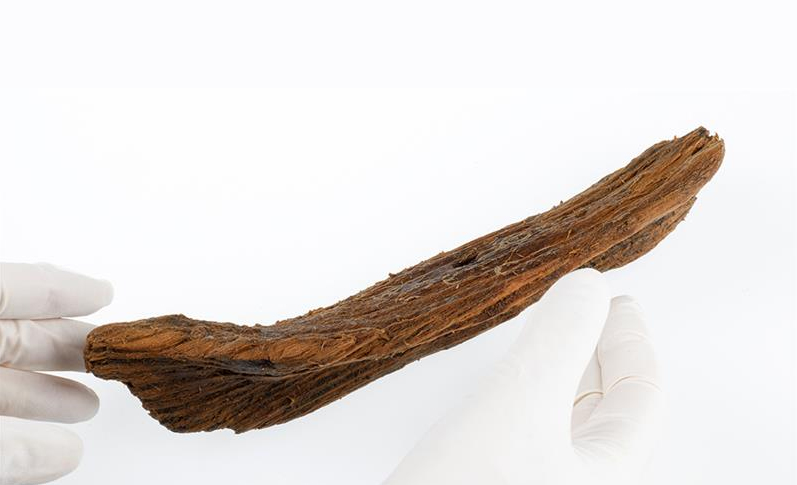 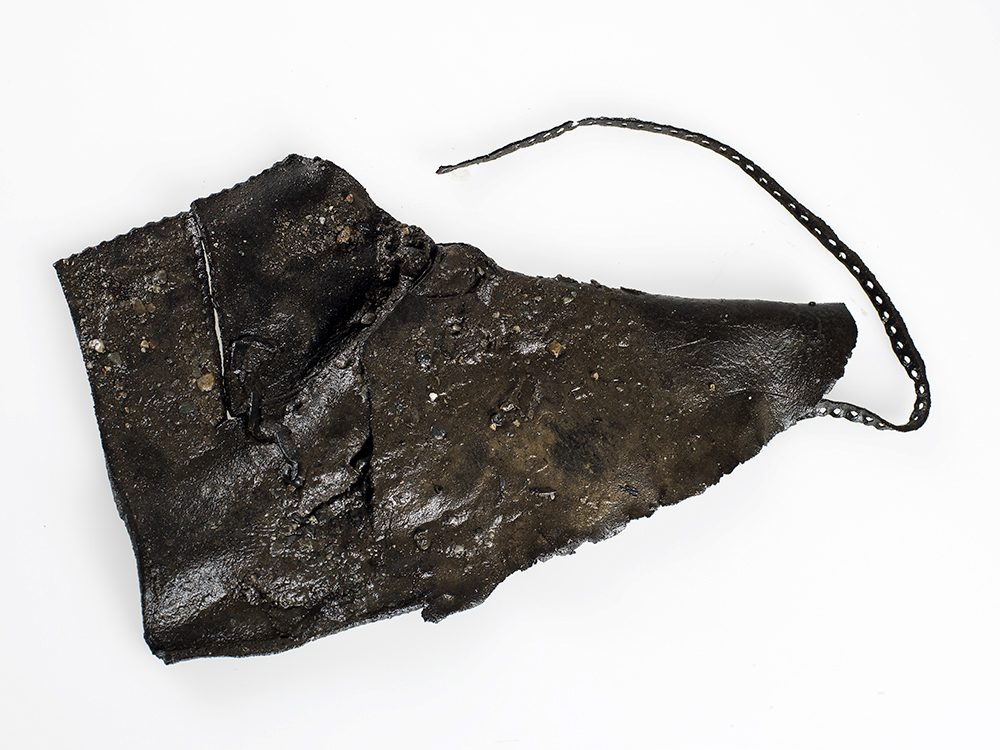 The toy Viking boat that sailed the seas of time

“This toy boat says something about the people who lived here,” said Ulf Fransson, an archaeologist at the Norwegian University of Science and Technology’s (NTNU) University Museum and one of two field leaders for the Ørland Main Air Station dig, where the well and the boat were found.

The Museum’s single largest dig — ever

Fortunately for the NTNU archaeologists, the Iron Age seaside location is precisely where the Ørland Main Air Base decided to expand its facilities to accommodate the purchase of new F-35 fighter jets, approved by the Norwegian Parliament in 2012.

The expansion plans triggered the need for an archaeological investigation. By the end of the 2016 field season, the NTNU University Museum had excavated nearly 120,000 m2, or roughly four times the size of a good-sized shopping mall, over three summers of fieldwork.

This makes it the single largest archaeological dig undertaken in the history of the museum.

Ørland’s fertile soil and strategic location near the mouth of Trondheim Fjord have ensured that people have lived in this area for millennia. So it should come as no surprise that the extensive dig uncovered traces of seven farms, spanning 1500 years, from 500 BC to 1000 AD.

The farms and farmyards are marked by postholes from structures, garbage dumps, and old wells. These Ørland farms, clustered as they are in one place, tell a unique story of how farming and farm communities evolved in the region over 1500 years, Ystgaard said.

“This is one of the biggest questions we are studying, the development of farms in this area over a span of 1500 years in the past. It is fantastic material,” she said.

While the field portion of the dig is now completed, archaeologists will continue to work their way through samples they’ve taken from garbage middens and cooking pits, and sift through dirt that has been removed from house and fence postholes.

A team from the University of Bergen is also hunting for clues about the vegetational history of the area based on pollen in cores they’ve taken from a nearby wetland called Stormyra.

The garbage middens and cooking pits, with their animal and fish bones and seashells, shed light on what people ate.

The dirt from the postholes offers a different view of daily life. Seeds and grains that have fallen on the ground tend to collect or be swept into corners. That makes postholes a treasure trove of information about the kinds of grains inhabitants ate or grew.

And lastly, by looking at changes in pollen types and amounts over the centuries, based on the cores collected in a nearby wetland, the researchers can reconstruct what the vegetation around the farms was like from the last 2500 years.

They should be able to detect changes caused by grazing animals, logging and farming, of course.
All of these puzzle pieces help to fill in the many unknowns about how rural farms operated over the millennia, particularly during the Middle Ages, Ystgaard said.

“We know very little about the organization of farming in Norway in 1000 AD,” Ystgaard said. “We have investigated almost no farms in rural communities in Norway from this time.”

But with the wealth of information collected from Ørland, “we can look at the social development of farms during this period.”

Shoes that date from St. Olav’s reign as king

The well that yielded the toy boat and a second well contained other treasures, including pieces of leather that might amount to four leather shoes. The high water table in the filled wells helped preserve the shoes and the wooden boat.

If any of these objects had been discarded in a drier area, they would have probably decomposed, said Ellen Wijgård Randerz, a conservator at the NTNU University Museum who has responsibility for the artefacts from the project.

When the shoes were first discovered, the researchers thought they must be from more recent times than the Middle Ages, she said.

But when the radiocarbon dating information came back, it was “big news,” said Ystgaard. “We found shoes that are contemporaneous with Olav den Hellige,” who was king of Norway from 1015 to 1028.

Walking in their shoes

Finding the shoes —which look a little like moccasins, with a leather sole and simple, form fitted shape — also tells the archaeologists that the farm was not that wealthy.

“These were more of an ordinary shoe, a work shoe that they wore every day,” Fransson said. One of the shoe pieces that was found was a heel piece from a large sole, with a hole worn through it. The clean-cut front edge of the heel piece shows that “the shoe was worn out and they did repair it,” he said.

But because the researchers found much of a whole shoe, “that tells me that they weren’t that poor either, because they had the means to throw (a whole shoe) out,” he said.

The shoe had been cut to fit the individual’s foot and probably fit reasonably well, Randerz said, but people today probably would find it thin, cold and slippery.

“They might have stuffed the shoes with grass, and worn thick wool socks, but they were definitely not warm or dry,” she said, studying the shoe. “It says a little about what it was like to walk in their shoes.”