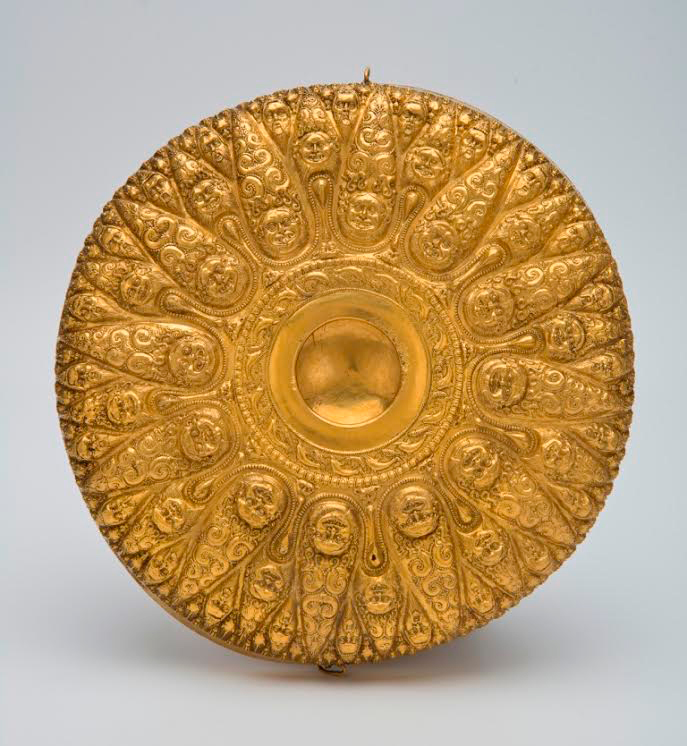 Where did the Scythians come from?

Anthropologists study the origin of the Scythians

The Lomonosov Moscow State University anthropologists have put forward an assumption that the Scythian gene pool was formed on the basis of local tribes with some participation of populations, migrated to the northern Black Sea region from Central Asia. The research results have been published in the American Journal of Physical Anthropology.

Members of the Lomonosov Moscow State University have conducted a comparative analysis of various cranial series in terms of nonmetric cranial traits frequencies in order to evaluate genetic succession between the Scythians from the northern Black Sea region and Bronze Age populations from Eastern Europe and Central Asia.

Alla Movsesyan, a leading researcher at the Anthropology Department of the Lomonosov Moscow State University and one of the article authors tells: “Nowadays there are two main hypotheses of the origin of the Scythians. According to the first one they came to the northern Black Sea region from Central Asia as invaders and local Indo-European population was assimilated by them. And as follows from the second hypothesis, the Scythians were genetically linked to the local population of the Srubnaya culture-historical society (the Timber-grave culture) — the ethno-cultural consociation of tribes in the Late Bronze Age (16th-12th centuries BC), inhabited steppe and forest-steppe belts between the Dnieper and Ural Mountains.”

We should clarify that a cranial series means a group of skulls from one or several closely-spaced burials, belonging to one ethnic group or one archeological culture, and discrete-varying, nonmetric traits reflect minor anatomical variants of the human skull. They include various additional or irregular holes, irregular skull sutures and processes, small bones in fonticuli and skull sutures. These traits are supposed to have genetic nature and could characterize the gene pool of a population. It has been revealed that the matrices of genetic distances between populations, built on the basis of nonmetric traits, correlate with the matrices of genetic distances between the same populations, built in accordance to the data on molecular genetic markers. Consequently, a comparative analysis of nonmetric cranial traits could be considered as a sort of alternative to DNA-researches in ancient populations’ studies.

Alla Movsesyan explains: “Unlike the ancient DNA studies on skeletal material, which is still quite a complicated and expensive process, using nonmetric cranial traits allows to carry out a population genetic analysis of unrestrictedly large quantity of cranial series, and this is very valuable for the studies of genetic links between ancient populations. This technique is quite widely-spread in foreign anthropology”.

In order to distinguish the measure of differences between populations anthropologists have used a statistical approach, known as a mean measure of divergence. It implies that genetic distances between populations were calculated on the basis of nonmetric traits frequencies data. The obtained results allow to assume that both hypotheses of the Scythian ethnogenesis are partly correct: the Scythian gene pool was formed on the basis of descendants both of the Bronze Age local Srubnaya culture and populations, migrated from Central Asia.

The idea that the Scythians were predecessors of the Slavs is one of the stable myths in spite of the fact that scientists have proved long before that there was almost no succession between these two tribes. Alla Movsesyan specifies: “According to B.A. Rybakov’s hypothesis, stated in his book Herodotus’ Scythia, a part of the Scythian tribes, so called Scythians-Ploughmen, probably took some part in the Slavs ethnogenesis due to the longstanding geographic proximity. However, the idea that the Scythians are direct predecessors of the Slavs is not supported by any archeological, anthropological, genetic or linguistic data.”