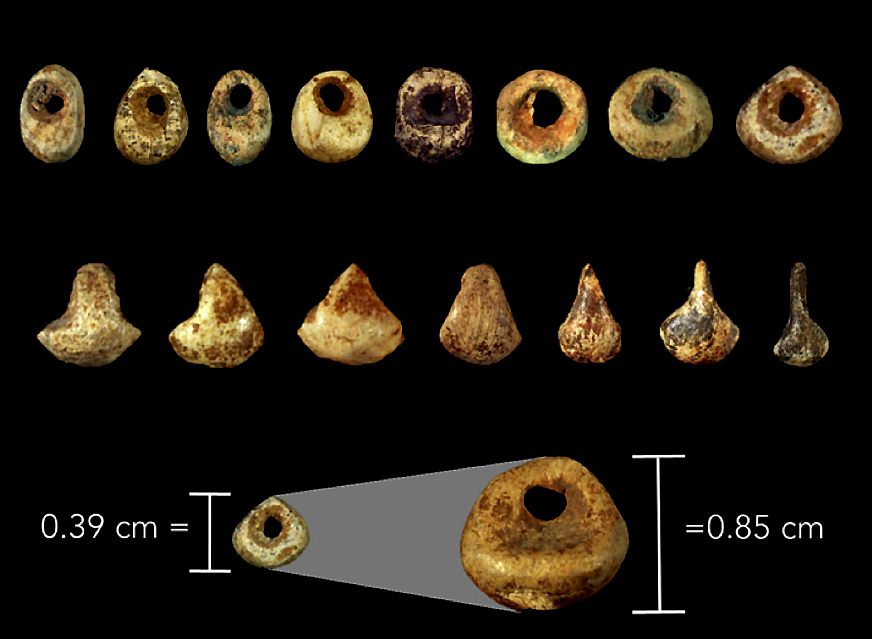 In the Aquitaine region

The organization of bead production during the Aurignacian has significant implications for understanding the role of these artifacts in Upper Palaeolithic societies, and the evolution of symbolic behavior and social organization more generally.

For this special issue on “The Role of Art in Prehistoric Societies,” a case study of Early Aurignacian beads in ivory and soapstone are presented, and related production debris, from four sites (Abri Castanet, Abri de la Souquette, Grotte des Hyènes at Brassempouy, Grotte d’Isturitz) in the Aquitaine region of France.

The data from the case study are used to evaluate three hypothetical models of production and exchange in the given regional context, and are evaluated in terms of the current, common criteria for the recognition of craft specialization in the archaeological record.

Based on these criteria, these artifacts could reasonably be considered the products of specialist producers. It is argued that the data presented here indicates two possibilities in the interpretation of prehistoric production-organization: either the presence of craft specialization in the Early Upper Palaeolithic can be accepted, or the criteria for recognizing specialization in the archaeological record should be revised.

In either case, there is a demonstrated need for the refinement of models and vocabularies related to production organization in small-scale societies that better reflect the complex patterns apparent in the ethnographic and archaeological records.

In addressing these issues, it is necessary to reconsider many basic assumptions about production, wealth, and exchange in Palaeolithic contexts, the perceived limitations of the archaeological record, and the nature and the antiquity of what is considered “complex” social organization.

This case study and the arguments that follow are not intended to be a definitive statement on craft specialization and production organization in the Upper Palaeolithic. They are presented as an example of the kind of data-driven modeling of production and exchange in the Early Upper Palaeolithic that can serve as a concrete basis for the reconsideration of production and exchange in these contexts.