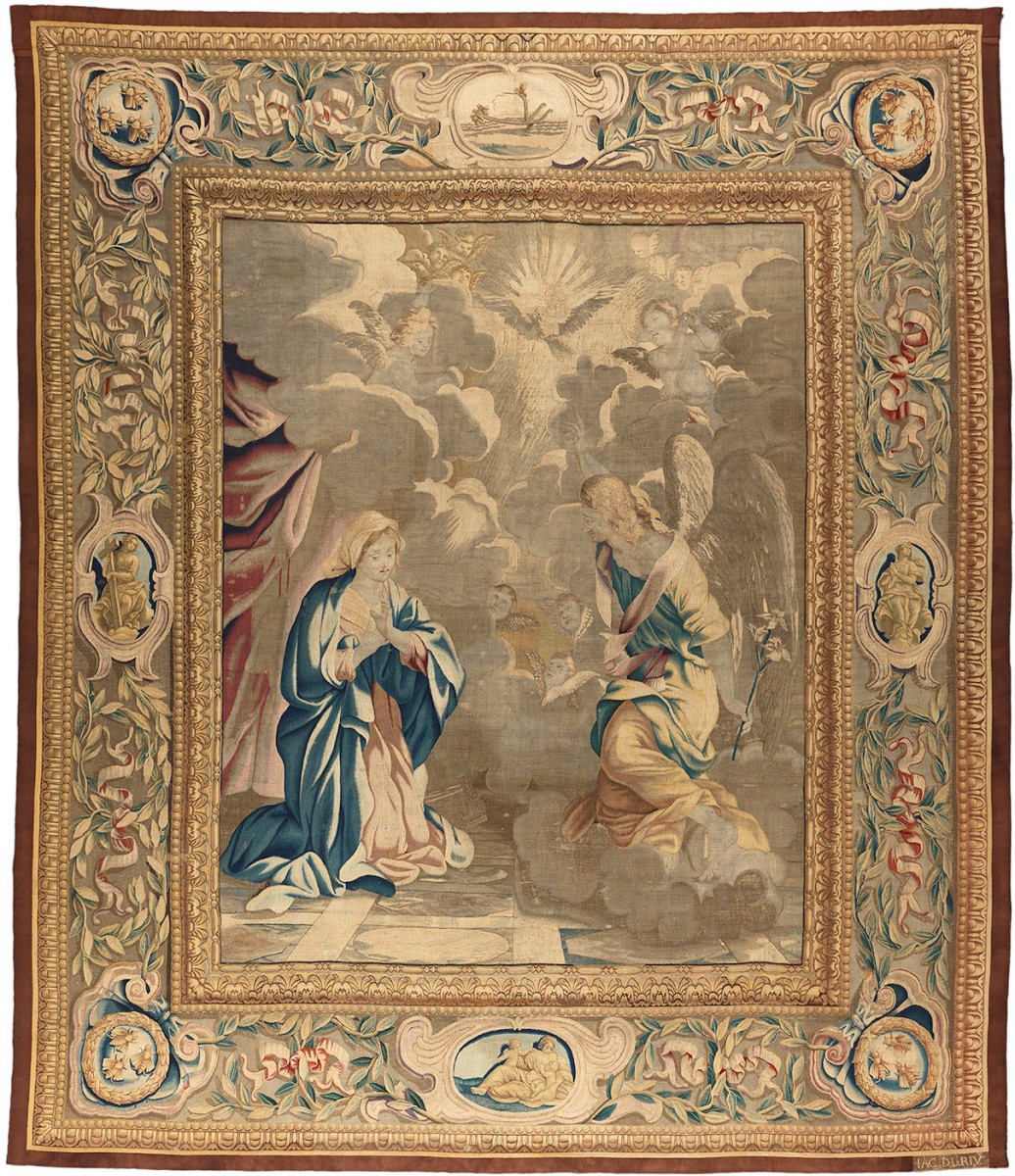 The Barberini tapestries on show

After a decade of painstacking conservation

As of March 21, after a decade and a half of conservation work, the Barberini Life of Christ tapestries are hanging in the Cathedral Church of St. John the Divine in Manhattan. The tapestries were almost destroyed by a fire in 1981.

The Barberini Life of Christ tapestries, produced in Rome between 1644 and 1656, are priceless treasures and, as they were among the first gifts acquired by the Cathedral, helped cement the Cathedral’s reputation as a home for world-class art for centuries to come. The twelve-panel tapestry series was designed by the baroque master Giovanni Francesco Romanelli and woven by handpicked weavers for Francesco Barberini, the nephew of Pope Urban VIII, in his own tapestry workshop – itself a rarity at a time when most tapestries were made elsewhere in Europe. This series was installed at the Vatican and the Barberini family palaces before coming to America at the end of the nineteenth century.

Over fifteen and a half feet tall and ranging from twelve to nineteen feet in length, these heroically scaled panels, in vibrant colors, never forget the intimate and homey details that make the divine human and the past present. Admired by early worshippers at the Cathedral, where they hung in the apse, and seen on rotation at various periods since then, the collection, freshly conserved, is an unparalleled glimpse into seventeenth-century Roman craftsmanship and imagination.

Four hundred years ago, tapestries were among the most prized objects in the great princely collections.They were not only beautiful but portable and warm at a time when palace walls were stone and chilly. Wraparound tapestry décor was de rigueur for the European nobility, who often traveled with their favorite pieces, and the Cathedral will display them in a similar side-by-side, nearly overlapping fashion.

The Barberini Tapestries: Woven Monuments of Baroqe Rome will be on view at the Cathedral until June 25, 2017.