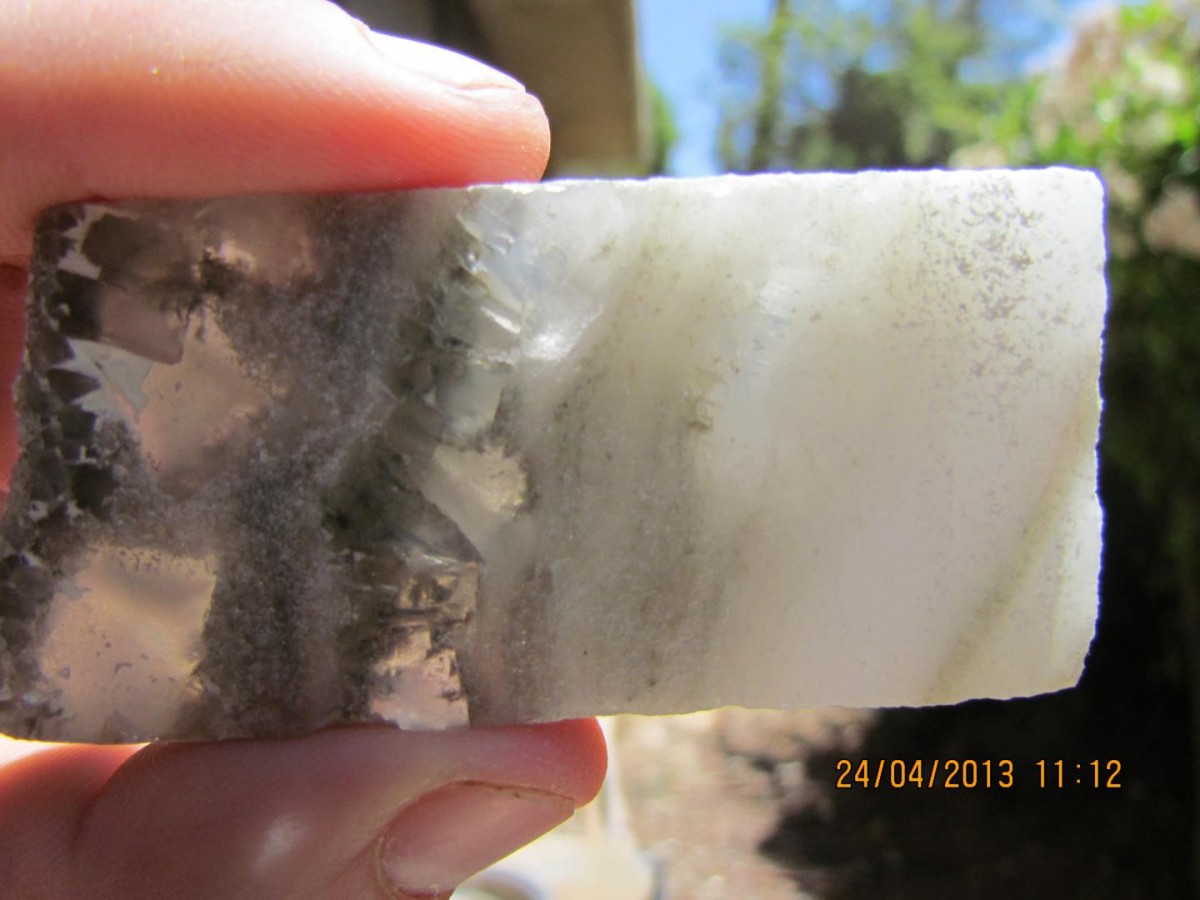 Under the Dead Sea, warnings of dire drought

Ancient sediments tell a story that could be repeated

Nearly 1,000 feet below the bed of the Dead Sea, scientists have found evidence that during past warm periods, the Mideast has suffered drought on scales never recorded by humans – a possible warning for current times. Thick layers of crystalline salt show that rainfall plummeted to as little as a fifth of modern levels some 120,000 years ago, and again about 10,000 years ago. Today, the region is drying again as climate warms, and scientists say it will get worse. The new findings may cause them to rethink how much worse, in this already thirsty and volatile part of the world.

“All the observations show this region is one of those most affected by modern climate change, and it’s predicted to get dryer. What we showed is that even under natural conditions, it can become much drier than predicted by any of our models,” said lead author Yael Kiro, a geochemist at Columbia University’s Lamont-Doherty Earth Observatory. The findings were just published in an early online edition of the journal Earth and Planetary Science Letters.

The landlocked Dead Sea, straddling Israel, Jordan and Palestinian lands, is earth’s lowest spot on land. Its current shoreline lies about 1,300 feet below sea level, and its floor extends down another 900 feet. Fed mainly by the Jordan River drainage, which extends also into Syria and Lebanon, it is a dead end for water, and so is extremely salty; its Biblical name in Hebrew is Yām ha-Melah, the sea of salt. In recent years, its level has dropped about four feet a year. But hot, dry weather is not the main cause yet; rather, booming populations in the region need more water than ever, and people are sucking so much from the watershed, very little reaches the Dead Sea, where evaporation is outweighing input.

The U.N. Food and Agriculture Organization estimates that much of the region already has per capita water availability only a tenth of the world average. Rainfall has declined about 10 percent since 1950, and existing climate models say it could sink another 20 percent this century, even as population continues to grow. Israel is meeting demand by desalinating Mediterranean seawater, but poorer, landlocked Jordan and the Palestinian territories are desperate for more. In adjoining Syria, a record 1998-2012 drought likely stoked by climate change is believed to have helped spark the ongoing civil war, which has now claimed more than 500,000 lives and infected neighboring nations.

In 2010, scientists from a half-dozen nations drilled 1,500 feet into the deepest part of the seabed, bringing up a cross section of deposits recording 200,000 years of regional climate history—the longest such archive in the Mideast. (Around-the-clock drilling went for 40 days and 40 nights—perhaps a respectful bow to the rainfall of the Biblical Flood.) The cores revealed alternating layers of mud washed in with runoff during wet times, and crystallized salt, precipitated out during dry times when the water receded. This instantly made it clear that the region has suffered epic dry periods, but the core was not analyzed in great detail until now.

The new study shows that the salt accumulated rapidly?an estimated half-inch per year in many cases. The researchers spotted two striking periods. About halfway down they found salty layers some 300 feet thick, indicating a long-term drop below the sea’s current level. This came in a period between ice ages, 115,000 to 130,000 years ago, when variations in Earth’s orbit brought temperatures about 4 degrees hotter those of the 20th century?equivalent to what is projected for the end of the 21st century. The lake refilled when glaciers readvanced in sub-polar regions and the Mideast climate cooled and became moister. The cores show a similar drop in lake level just 6,000 to 10,000 years ago, following the most recent ice age, when temperatures were probably a bit cooler than now.

The chemistry of tiny fluid bubbles within the salt allowed the researchers to extrapolate rainfall and runoff patterns of these periods. They calculated that runoff to the Dead Sea generally declined 50 to 70 percent compared to today, dwarfing current projections for this century. In the most extreme periods, it went down 80 percent, and this lasted for decades to centuries at a time. The declines are probably linked to broader shifts in atmospheric flow patterns. Storms coming in from the Mediterranean could have slackened, as they appear to be doing today; and then as now, higher temperatures increase evaporation of moisture from the land.

To alleviate growing water shortages, Jordan plans to break ground next year on a canal to bring in water from the Red Sea for desalination; leftover brine would be dumped into the Dead Sea, possibly stabilizing its level. But the project is controversial, because it could cause drastic environmental changes in both seas, and could still leave much of the rest of the region with inadequate water.

“The Dead Sea is wasting away today because humans are using up all its fresh water sources,” said Steven Goldstein, a geochemist at Lamont-Doherty and coauthor of the paper who helped oversee the 2010 drilling. “Our study shows that in the past, without any human intervention, the fresh water nearly stopped flowing. This means that if it keeps getting hotter now, it could stop running again. This time, it would affect millions of people.”