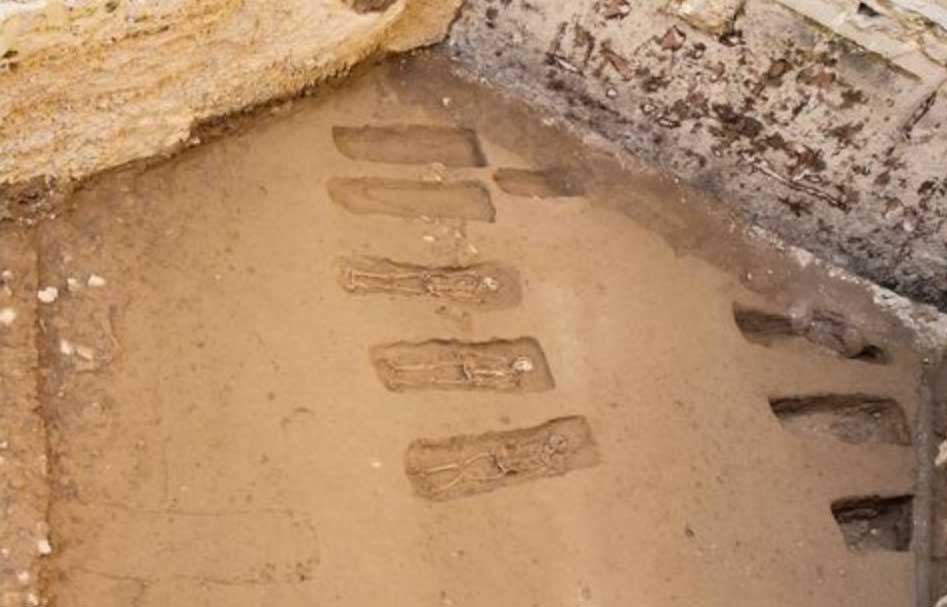 Thirty eight graves were recently uncovered by Italian archaeologists in the Rome’s Trastevere district. The graves are part of the Campus Iudeorum, the long-lost cemetery used by Rome’s medieval Jewish community and date from the 14th c. to the early 17th c. The discovery was made during excavations carried out in the framework of restructuring Palazzo Leonori as the new headquarters of an insurance company.

The Campus Iudeorum has been known from archival sources and maps. However it had disappeared physically centuries ago. The graves which came to light prove its existence.

The graves are arranged in rows. Most of the deceased were apparently men. Wood fragments and nails indicate that they were inhumed in wooden coffins nailed shut. Two of the skeletons were found wearing golden rings. Archaeologists believe these were women.

A Roman tannery also came to light during the excavations. Parts of the two sites are planned to open to the public after the works at Palazzo Leonori have been completed.