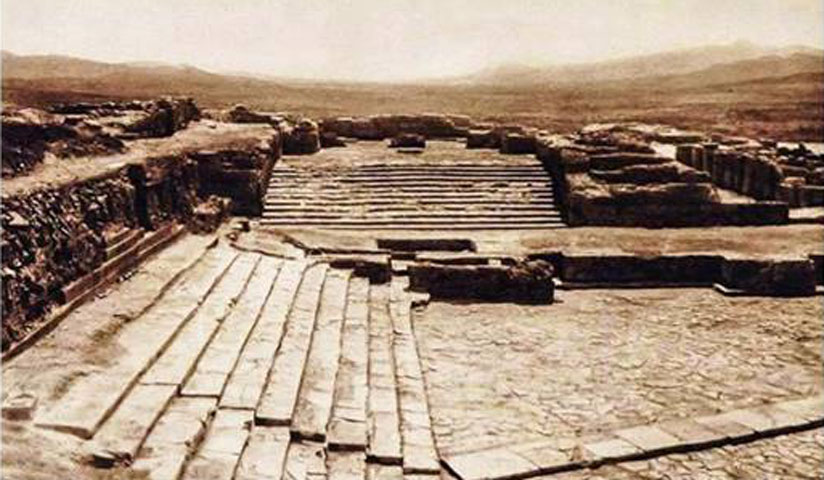 North and South. Central Crete from the later Protopalatial into the earlier Neopalatial periods

Today, Colin MacDonald and Luca Girella (British School at Athens & University Telematica Internazionale Uninettuno) will present the subject “North and South. Central Crete from the later Protopalatial into the earlier Neopalatial periods”, at the Archaeological Society at Athens (Panepistimiou 22) at 6.30 p.m., in the framework of the Minoan Seminar series.

“In the first half of the 20th century (AD), excavators at Knossos and Phaistos used each other’s excavations to support the stratigraphic sequences and histories of their own sites”, as the speakers write in the abstract of the lecture. “Thus, for example, the MM IIB destruction of Phaistos was appropriated by Evans to support a similar major event at Knossos. The second half of the 20th century saw the minimalization of the succeeding MM III period at both sites, with a partial absorption into the preceding MM IIB and succeeding LM I periods. Then, in the 80s, the Phaistian New Palace was seen to have been formally constructed much later than had been assumed (LM I), while scholars at Knossos wrestled over the precise sequence at that site with a general MM III/LM I phase followed by the acme of Neopalatial in LM I.

“In the 1990s, Sinclair Hood began to redefine phases of MM III at Knossos based on Evans’s contexts — this work is being completed by Knappett, Mathioudaki and Macdonald, and is applicable to much of north central Crete. Girella, with his work on Hagia Triadha and Phaistos, has defined MM III in detail for the Mesara. With the publication of Intermezzo in 2013, MM III was acknowledged as an important period in the history of prehistoric Crete. Excavations that would previously have avoided detailed definition of MM III, or would have placed much of it under an MM III/LM IA umbrella are now publishing MM IIIA and MM IIIB deposits more definitively and accessing the history of their own sites within this sequence — Mochlos, Gournia and Palaikastro are good examples in the East.

“Acknowledging that the sequence of one area is unlikely to follow precisely that of a neighbouring area, we examine the stratigraphy at some of the largest sites in north and south central Crete in an attempt to compare and contrast developments in the two adjacent areas in MM IIB, MM IIIA and MM IIIB. We find it difficult to trace MM IIB and MM IIIB destructions in the north of the island, whereas they are prominent in the south. Despite some seismic disruption, MM IIIA is a period of important architectural development in the north including new building at Knossos, and the establishment of a new, but short-lived, palace at Galatas, as well as intense activity at certain Peak Sanctuaries; in the south, new buildings and repairs in MM IIIA (Kommos and Phaistos) are followed by a realignment of power in MM IIIB in favour of Hagia Triada, and the foundation of a number of villas”.