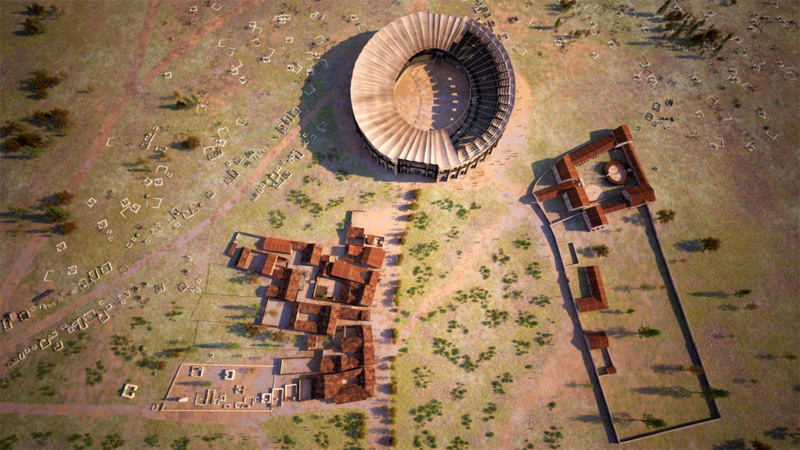 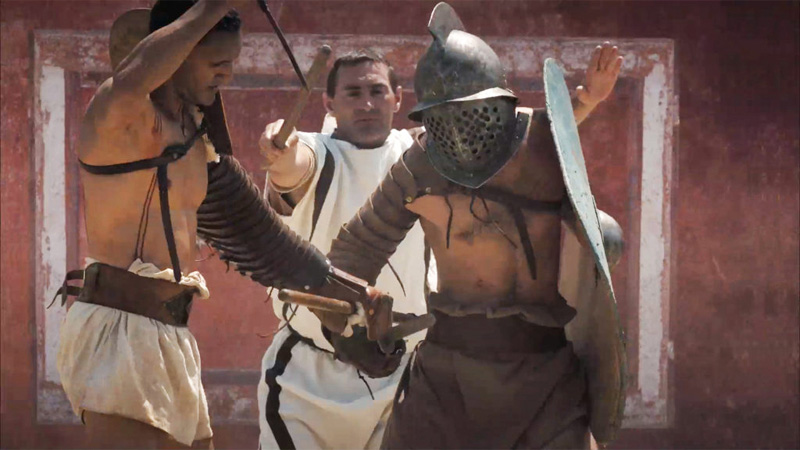 Bread and games in Roman Carnuntum

After the discovery of the gladiator school in 2011, the researchers of the Ludwig Boltzmann Institute for Archaeological Prospection and Virtual Archaeology (LBI ArchPro) and the ZAMG have now done a complete scan of the ancient town of Carnuntum (east of Vienna, Austria) by using ground penetrating radar. This project has been undertaken on behalf of the county of Lower Austria. The scientists have revealed, without excavation, an entire city area next to the amphitheater, containing bakeries, taverns and shops – an essential infrastructure for Roman spectacles. Hidden under the later city wall, the radar system detected the remains of a wooden amphitheater located at an intersection of a road that followed the Roman frontier (Danube Limes) and the main road leading back to Rome; a temple for the Quadriviae (Roman goddesses of the cross-roads) was located right next to the building. With this information, we can add yet another chapter to the early history of Roman Carnuntum, one which underlines the significance of Bread and Games on the frontier of the Roman Empire.

Since 2012, the LBI ArchPro and ZAMG (Austrian Central Institute for Meteorology and Geodynamics), on behalf of the county of Lower Austria together with international partners, have explored the ancient town of Carnuntum with custom made, high-resolution magnetometers and ground-penetrating radar systems. The newly completed map reveals, for the first time, the subterranean Roman remains that have been hidden for thousands of years.

After the discovery of the universally unique gladiator school, measurements were taken around the excavated amphitheater of the civil town and the subsequent results revealed an entire city area complete with the necessary infrastructure for the gladiatorial games. The route to the spectacles led the people through the city gates past taverns (tabernae), souvenir shops and food vendors (thermopolia), where street merchants offered their goods for sale and invited the public to linger. Behind one of the taverns, the LBI ArchPro specialists discovered a storage building (horreum) and a large oven, where bread was baked for up to 13,000 spectators. The wine and other foodstuffs were stored in underground cellars.

Just 400 meters from the excavated amphitheater and hidden under the later city wall of the civilian city, the archaeologists found the ground plan of an older and as yet unknown wooden amphitheater. It was strategically placed at the crossroads of the road along the Danube frontier (Danube Limes) and the main connecting route back to Rome, but it was also adjacent to a temple dedicated to the Quadriviae (Roman goddesses of the cross-roads).

Without excavating in the ground, this analysis of the geophysical data has added more exciting chapters to the story of Carnuntum. Not only in Rome were so-called ‘bread and games’ of great importance for the entertainment of the masses, but also in Carnuntum –­ a frontier-town along the Danube River, at the edge of the Roman Empire and on the border with barbarians to the north.