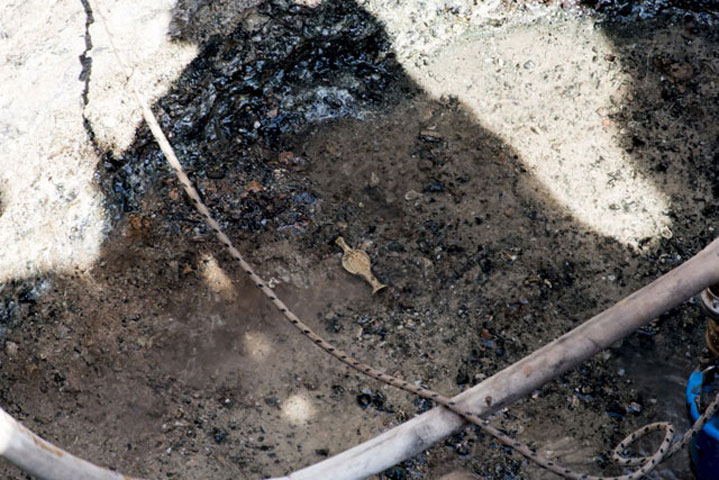 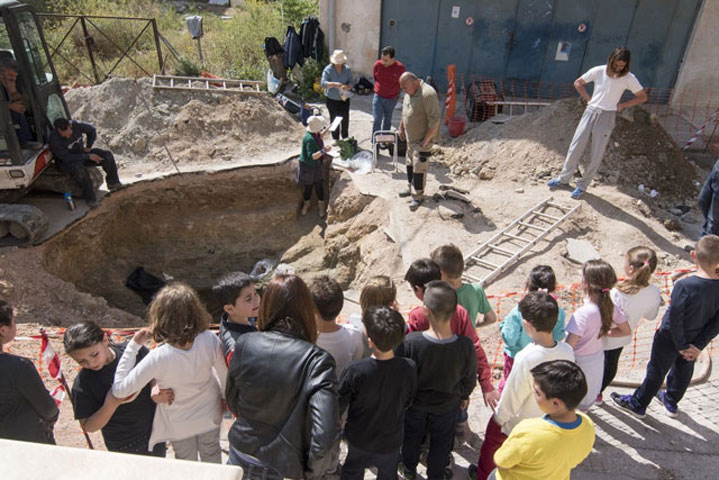 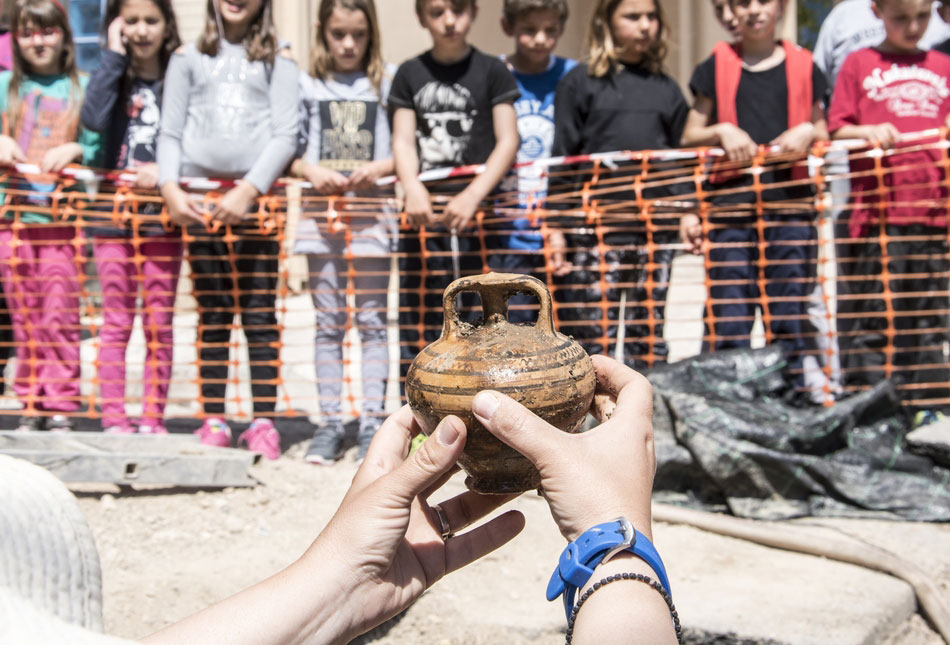 A Late Mycenaean chamber-tomb containing multiple human corpses with grave offerings dating back to the first half of the 13th c. to the second half of the 12th c. BC, has been recently revealed in Salamina, in the centre of the city during works linking a house with the central sewage system.

As the archaeologist of the Ephorate of Antiquities of West Attika, Pireus and Islands Ada Kattoula said, this is the third grave located in the area – the other two were discovered in 2009 during works for the seawage system. The find brought to light not only skeletal remains, but also 41 complete vessels in very good state of preservation, with painted decoration characteristic for the era, and fragments of 10 more vessels.

“The excavation was conducted in extremely difficult conditions because the area has many springs and these graves flood, as they are dug in the rock. We had to use pumps to empty the water. Facing huge technical problems we managed to investigate the grave, thanks to the significant assistance of the contractor” Mrs. Kattoula reports to ANA-MPA.

The tomb belongs to the Mycenaean cemetery which had been located in the area a long time ago. Some clusters of it were investigated during rescue excavations in the years 1964, 1992 and 2009. The chamber’s dimensions are 2.60×2.90m and its height reaches 1.50 m. It is carved in the natural rock. As the archaeologist said, it is slightly smaller than the other two graves of the Mycenaean cemetery, which measured 3×3 m.

Within the tomb, the skeletal remains of at least five people were found. It is thus a group grave, typical of the time. Chamber-tombs were dug into the rock, forming rectangular chambers. They were accessed via “dromoi” (roads). With each new burial, the entrance was opened and the previous dead were somewhat piled, in order to make room for the new deceased along with his/her grave offerings.

The tomb will remain buried. The skeletal remains will be investigated in the framework of a research program of the Ephorate of Antiquities of West Attika, Pireus and Islands and the vessels will be preserved. The discovery of the tomb will shed light to unknown facts about the Mycenaean cemetery of Salamina.