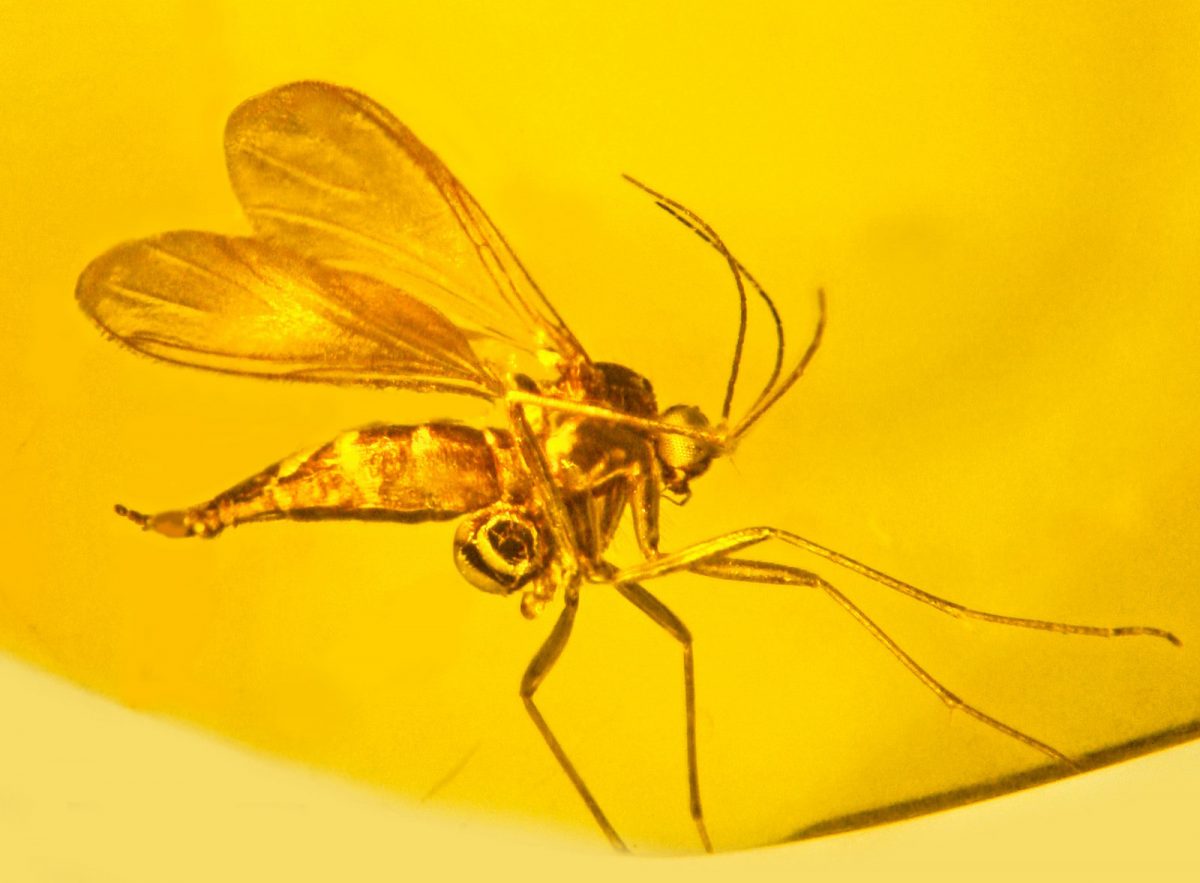 The orchid family has some 28,000 species – more than double the number of bird species and quadruple the mammal species. As it turns out, they’ve also been around for a while.

Results of the discovery have just been published in the Botanical Journal of the Linnean Society.

“It wasn’t until a few years ago that we even had evidence of ancient orchids because there wasn’t anything preserved in the fossil record,” said George Poinar, Jr., a professor emeritus of entomology in the College of Science at Oregon State University and lead author on the study. “But now we’re beginning to locate pollen evidence associated with insects trapped in amber, opening the door to some new discoveries.”

Orchids have their pollen in small sac-like structures called pollinia, which are attached by supports to viscidia, or adhesive pads, that can stick to the various body parts of pollinating insects, including bees, beetles, flies and gnats. The entire pollination unit is known as a pollinarium.

In this study, a small female fungus gnat was carrying the pollinaria of an extinct species of orchid when it became trapped in amber more than 45 million years ago. The pollinaria was attached to the base of the gnat’s hind leg. Amber preserves fossils so well that the researchers could identify a droplet of congealed blood at the tip of the gnat’s leg, which had been broken off shortly before it was entombed in amber.

At the time, all of the continents hadn’t even yet drifted apart.

The fossil shows that orchids were well-established in the Eocene and it is likely that lineages extended back into the Cretaceous period. Until such forms are discovered, the present specimen provides a minimum date that can be used in future studies determining the evolutionary history and phylogeny of the orchids.

How the orchid pollen in this study ended up attached to the fungus gnat and eventually entombed in amber from near the Baltic Sea in northern Europe is a matter of speculation. But, Poinar says, orchids have evolved a surprisingly sophisticated system to draw in pollinating insects, which may have led to the gnat’s demise.

“We probably shouldn’t say this about a plant,” Poinar said with a laugh, “but orchids are very smart. They’ve developed ways to attract little flies and most of the rewards they offer are based on deception.”

Orchids use color, odor and the allure of nectar to draw in potential pollinating insects. Orchids will emit a scent that suggests to hungry insects the promise of food, but after entering the flower they will learn that the promise of nourishment was false.

Likewise, female gnats may pick up a mushroom-like odor from many orchids, which attracts them as a place to lay their eggs because the decaying fungal tissue is a source of future nutrition. Alas, again it is a ruse. In frustration, they may go ahead and lay their eggs, dooming their offspring to a likely death from a lack of food.

Finally, male insects are attracted by the ersatz scent of female flies and they actually will attempt to copulate with a part of the orchid they think is a potential mate.

All three of these processes are based on deception, Poinar said, and they all have the same end result.

“Though the deception works in different ways, the bottom line is that the orchid is able to draw in pollinating insects, which unwittingly gather pollen that becomes attached to their legs and other body parts, and then pass it on to the next orchid flowers that lure them in,” he said.