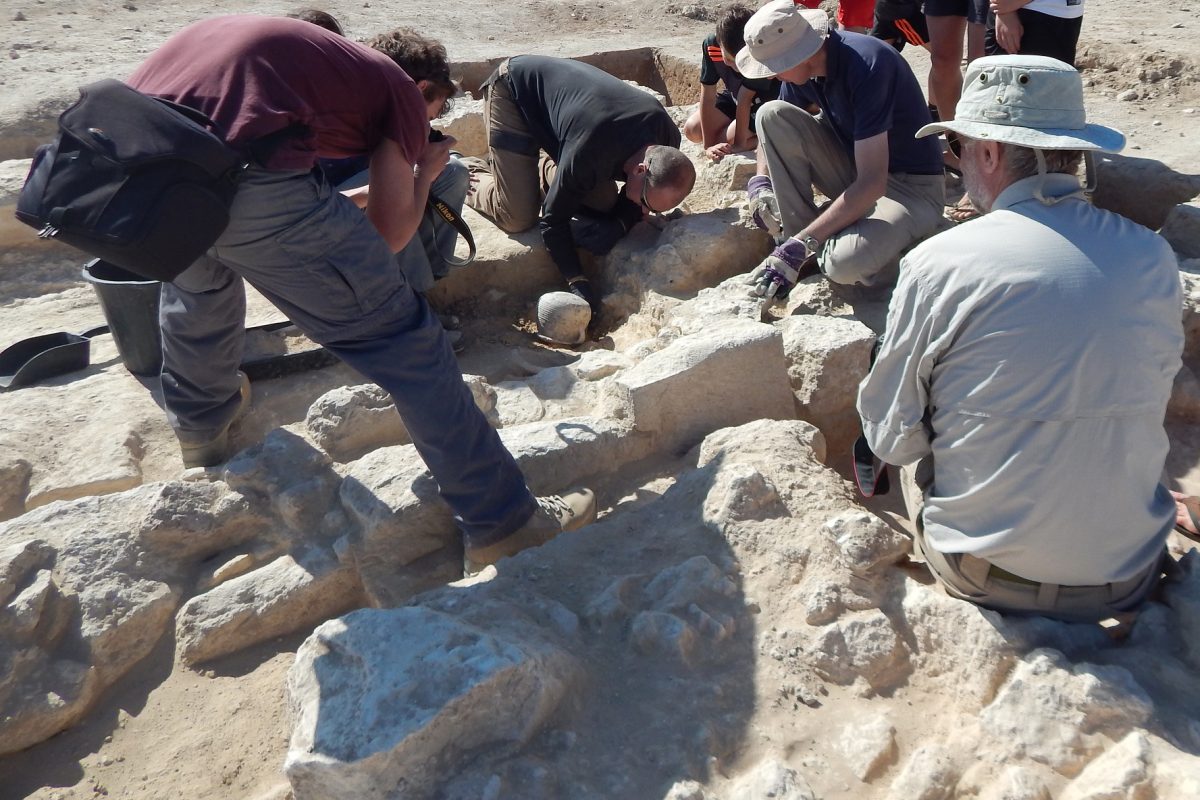 An excavation conducted in Dreamer’s Bay, within RAF Akrotiri airbase, by professional and student archaeologists from the University of Leicester has uncovered valuable new information about remains in the ancient port.

The third season of work, conducted with the agreement of the UK Sovereign Base Areas Administration and the Republic of Cyprus Department of Antiquities, has produced valuable new information about the shoreline port buildings of the Roman and early Byzantine periods (approximately AD300-600).

The research indicates that these buildings, thought to be warehouses and workshops, were struck by an earthquake, the same one which, around AD360, devastated the ancient city of Kourion 13km north of Dreamer’s Bay.

One of the buildings excavated by the University of Leicester team contained a number of amphorae (wine or oil jars) and smaller pots. It is believed that they were smashed when the walls fell on them. Despite this, some vessels remained intact and were lifted in one piece.

As well as providing a wealth of new information about the history and heritage of Cyprus, the archaeologists hosted an Open Day for the UK base community during the Easter holidays which was attended by 150 people, including an RAF Wing Commander.

Professor Simon James, Professor of Archaeology at the University of Leicester and Project Director, said: “To help people to understand and value the traces of the past which surround us in great historic landscapes like that of Cyprus, it is critically important for archaeologists to explain to the wider public what we are doing, and why it matters.

“While we are excavating inside a high-security military base with strongly restricted public access, the beaches and shallow waters at Dreamer’s Bay nevertheless constitute a valued recreation area for the resident UK Service community, so in local terms we are digging in a very public place.”

Second-year archaeology undergraduate at the University of Leicester, Grace Cutbill, whose ambition is to be a schoolteacher, said: “It was an incredible opportunity to come to the Dreamer’s Bay excavation. In addition to the wonderful weather, the archaeology was jaw-dropping and the team were lovely to work with.”

Fellow second-year undergraduate Chloe Bratherton said of excavating ancient buildings on the sea shore: “Being able to look at the sea at the same time as excavating a Roman amphora was a once-in-a-lifetime opportunity.”