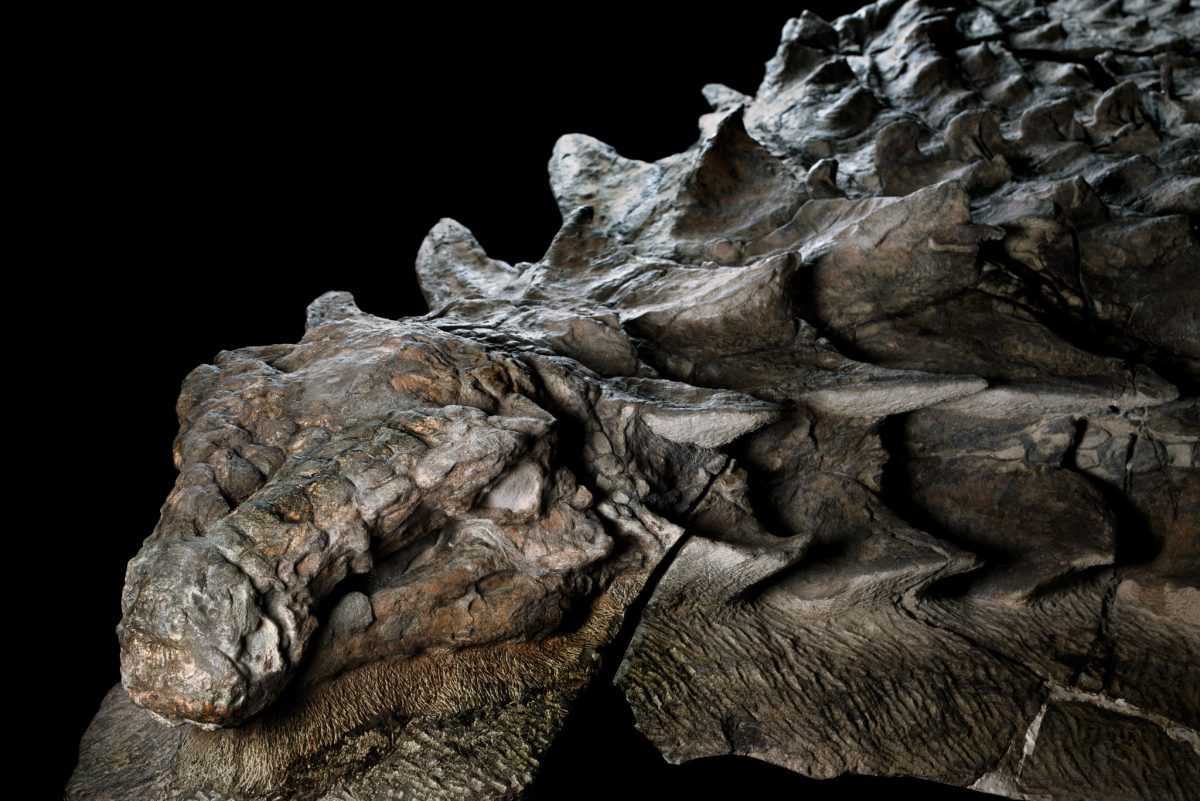 Grounds for Discovery at the Royal Tyrrell Museum of Palaeontology

A new exhibit at the Royal Tyrrell Museum of Palaeontology welcomes Albertans to discover spectacular fossil finds from across the province.

As one of the best places in the world for fossil preservation and discovery, Alberta is an exciting window into prehistoric life. The museum’s new exhibit, Grounds for Discovery, showcases some of the most significant fossils that have been discovered through industrial work.

Thousands of cubic metres of soil, gravel, and bedrock are excavated in Alberta every year through road construction, urban development, mining and other industrial activity. When fossils are exposed during these activities, Royal Tyrrell Museum scientists and industrial workers cooperate to safely excavate and protect Alberta’s fossils for scientific study and display.

Each discovery that has been reported and excavated contributes to global research.

“The new Grounds for Discovery exhibit shows visitors first-hand the positive outcomes of reporting fossil discoveries and working with industry. Through personal stories and exceptional specimens, the Royal Tyrrell Museum shows us once again why it is a premier palaeontological research centre and a world-class tourist attraction in this province,” said Ricardo Miranda, Minister of Culture and Tourism.

The centrepiece of the exhibit is a new species of dinosaur discovered at the Suncor Millennium Mine near Fort McMurray in 2011.

A Suncor employee spotted something unusual while excavating in the mine. Little did he know that this would turn out to be one of the most significant dinosaur discoveries in the world.

Since its discovery, the public have been able to share in the nodosaur’s journey by watching its painstaking preparation by technicians through the lab gallery window. For the first time, all the pieces have been put together so it can finally share its story.

Research on this extraordinary nodosaur was supported through the National Geographic Society and is being featured in the June 2017 issue of National Geographic magazine. The magazine feature includes an interactive featuring a 3D model of the nodosaur, both how it looked and lived in its day, and how it came to be fossilized for millions of years before its discovery.

Other exceptional finds highlighted in the exhibit include a new genus and species of a pantodont (a rare early mammal) found during road construction near Red Deer, and a mosasaur found at the Korite Mine in southern Alberta whose spectacular preservation sheds light on marine reptile behaviour.