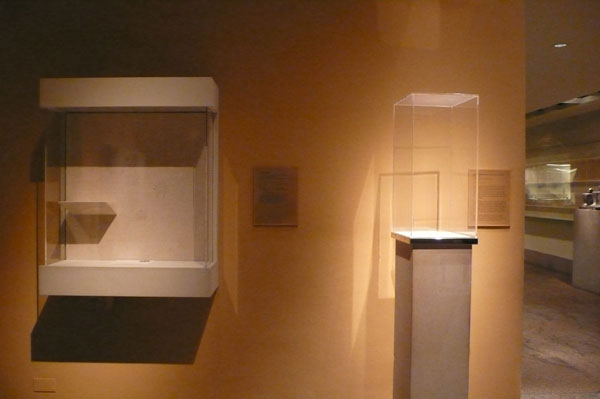 Closed due to drilling

The Metropolitan Museum of Art in New York has unexpectedly closed around a quarter of its Egyptian wing, and removed some of the most fragile objects from galleries that remain open as a precaution against intense vibrations caused by drilling beneath the wing, The Art Newspaper understands. No public announcement of the drilling, closures or object removals was made in advance.

The building works, which began around six weeks ago, are due to the remodelling of the Met’s Costume Institute, a major project supported by a $10m gift from Lizzie and Jonathan M. Tisch. Objects taken off view will not be back on public display until sometime in 2014, when the work is due to be completed.

Harold Holzer, the Met’s senior vice president for external affairs, tells The Art Newspaper that “sensors have been installed in all galleries to calculate vibration”, so there is “scientific oversight to ensure the safety of the collections”. As work “enters the phase where there are going to be vibrations curators decided to remove objects”, he explains. He could not confirm whether the level of vibrations due to building work had been greater than anticipated. “I don’t think there’s danger… but no effort is too much,” he says, adding that the Met has “an obligation to go the extra step” to safeguard the artefacts. The museum declined to comment on whether the work involved drilling into the bedrock beneath the museum’s foundations.

Some eight galleries and a special exhibition space are currently closed. As construction moves, other displays in the Egyptian wing will be affected. Holzer says that in future, notices about gallery closures will be posted on the Met’s website and clearer information about the impact of the work will be placed in the Egyptian wing.