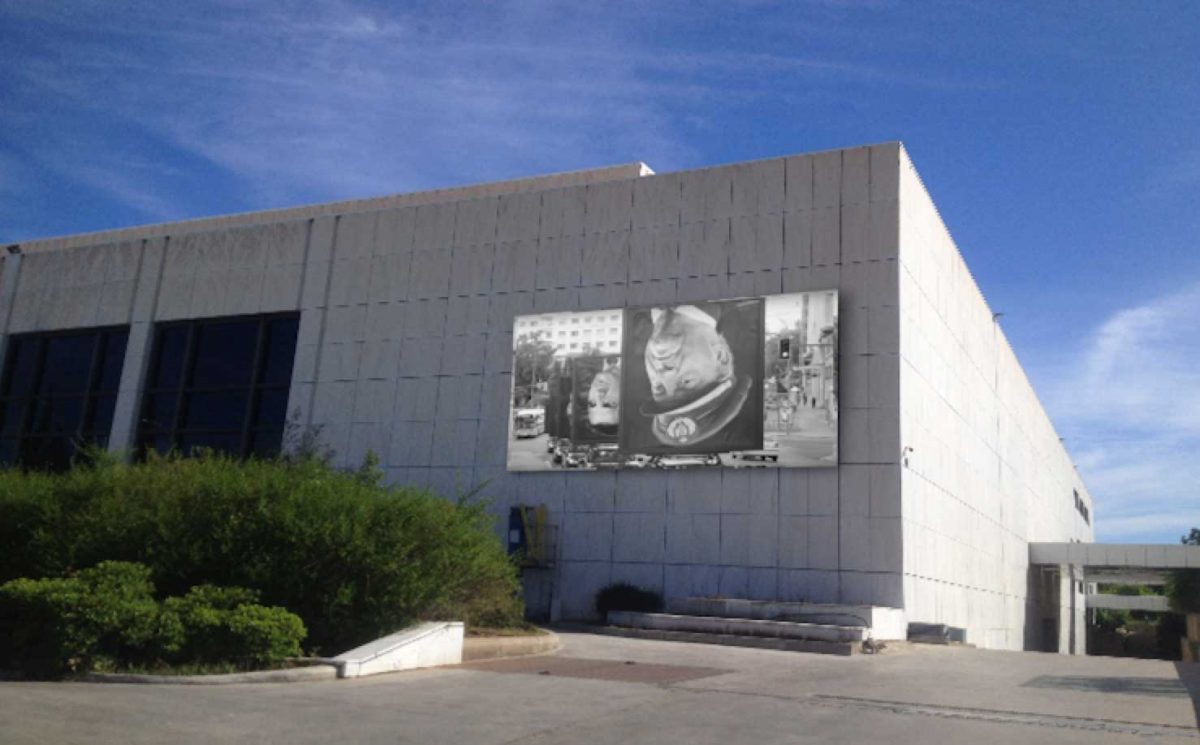 Exhibition of contemporary art in the Garden of the Megaron, Athens Concert Hall

“The Garden sees” is the title of the contemporary art exhibition hosted in the grounds of the Garden of the Athens Concert Hall (Megaron), from Thursday July 6th to September 17th  2017. It is the first time that the Garden of the Megaron welcomes an international organization of contemporary art, with installations, sculptures, text-sculptures, video installations and sound works, which aspires to become a landmark institution in the cultural life of the city each summer.

“Today we are launching something new and at the same time we are ‘opening’ the Garden, ‘opening’ the Concert Hall with the help of Mrs. Anna Kafetsi. It is a first step among many we are thinking of making to change the whole face of the Megaron, without of course changing its basic orientation which is music,” said Nikos Theocharakis, Chairman of the Board of the Athens Concert Hall, at the press conference.

“‘The Garden sees’ is a title borrowed from the first poem of Odysseus Elytis’ Three Poems under a Flag of Convenience, without taking into account the poem’s theological and metaphysical references. In it I found a broad metaphor for an opening up into the world, for the garden ceasing to be closed, coming out of its limits and itself and into public space and the city, with whatever symbolic and metaphorical connotations” said Anna Kafetsi, director of the Centre for Visual Arts of the Athens Concert Hall and curator of the exhibition.

At the same time she also communicated a sense of the exhibition, “I believe that during these two and a half months, you will discover and rediscover some conceptual environments under different conditions: In the daytime, during the heat and in the cool of the evening under the electric lights. And this is what is most important; the experiences this exhibition offers you at different moments,” she noted.

Among them is “the opening to the memory of streets” as Mrs. Kafetsi described the emblematic, political work by Jorge Galindo and Santiago Sierra. “A work on a monumental scale, that reminds us not only of the history of modern politics of the last few decades but also of what we are experiencing today”, Mrs. Kafetsi said.

A second, also basic, conceptual environment is created by William Kentridge’s triptych, which is a focal point. “I should say”, Mrs. Kafetsi explained, “that, in terms of museography, a bold choice was made to present the work as if we were looking inside a hospital room. The artist’s topic helped him with that”. She urges us to see it mainly at night. “It could be an exit of the garden into human stories one experiences every day in hospital corridors and rooms. This garden is in fact surrounded by hospitals, an element I was very interested in, when constructing this new interpretative text that is the garden,” she added.

Thirty seven works by 26 internationally recognized Greek and foreign artists are situated in 85 spots, inviting visitors to discover them among the shrubs and foliage of the Garden and also inside the so-called Megaron Service Yard, to engage with them in a special sensory and artistic experience.

The exhibition, which has a free entrance and is open from 12 noon to 12 midnight, is the first of a series that will take place each summer with a different approach to the Garden, as reported in the press conference.