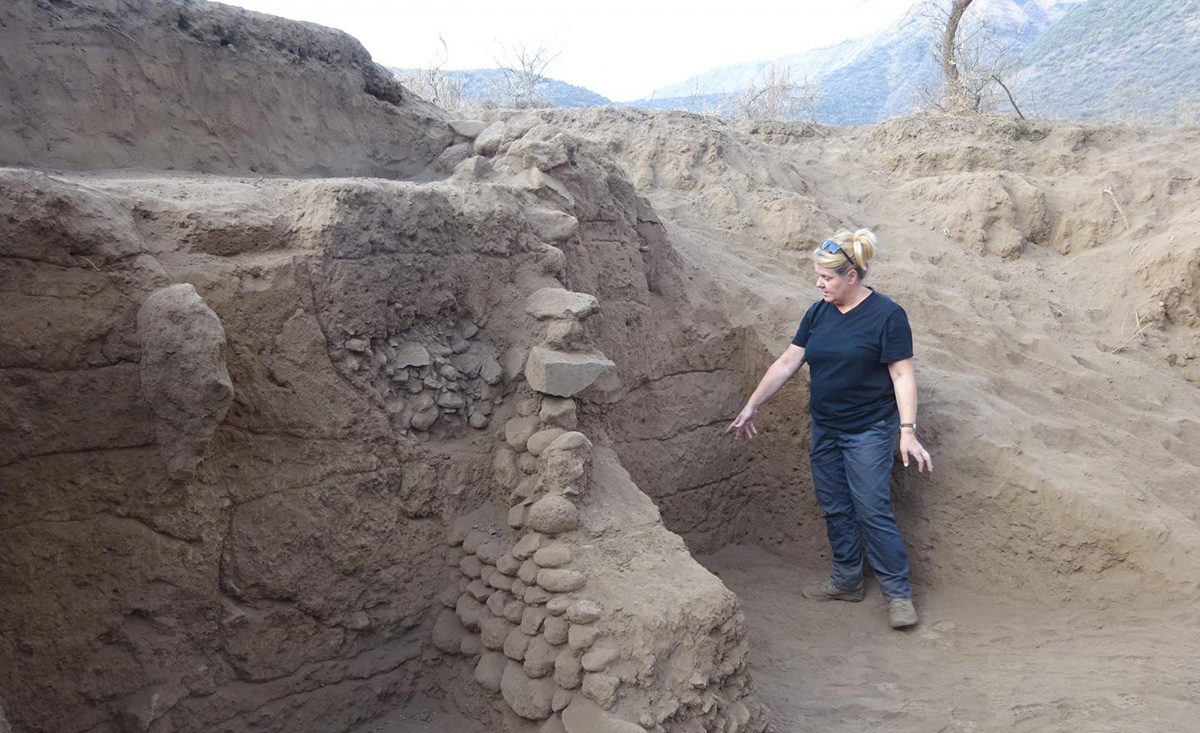 The study, published in Quaternary Research, shows that historical practices of capturing soils that were eroded from the hillside could be valuable to modern day farming techniques.

Research demonstrated that sophisticated irrigation systems and terraces at the site of Engaruka were not built to prevent soil erosion, as originally thought, but were instead built to capture eroded sediments to feed the arid landscape below.

Engaruka first came under the spotlight in 1935 and was thought, at the time, to be a ‘lost city’ of up to 40,000 inhabitants. It has since been recognised as the remains of the largest abandoned system of irrigated agricultural fields and terraces in sub-Saharan Africa.

Covering 20km2, the site was mysteriously abandoned 200 years ago, which some experts believe was due to climate change or deforestation reducing the water supply to the fields.

Dr Carol Lang, from the University of York’s Department of Archaeology, said: “This area of east Africa attracts hundreds of thousands of tourists each year, many visiting the Serengeti National Park and the Ngorongoro Conservation Area to see the wildlife and meet Maasai herders. Very few, however, realise the archaeological importance of the plains below the parks.

“We knew before starting our work that an irrigation system of this size required more water than is available in the area today, but what we have found is that the site used to flood, and that the inhabitants carefully manipulated these floods to grow crops and to accumulate vast quantities of sediments.”

Using a combination of archaeological excavation, soil micromorphology and geochemical analyses, this research turns on its head the assumption that soil erosion is always a bad thing.

Dr Daryl Stump, Principal Investigator for the project, said: “The inhabitants of ancient Engaruka were clearly highly skilled landscape engineers and agricultural managers, and there are lessons to be learnt here that can be applied to modern farming.

“Since recognising these sediment traps at Engaruka, our team has found very similar structures at the UNESCO World Heritage site of Konso in Ethiopia, where farmers report that sediment traps are more economically important than hillside terraces.”

By presenting this research at international meetings, team members have also helped identify what seem to be very similar structures in South America, the Middle East and India, suggesting that this method of farming was once far more widespread.