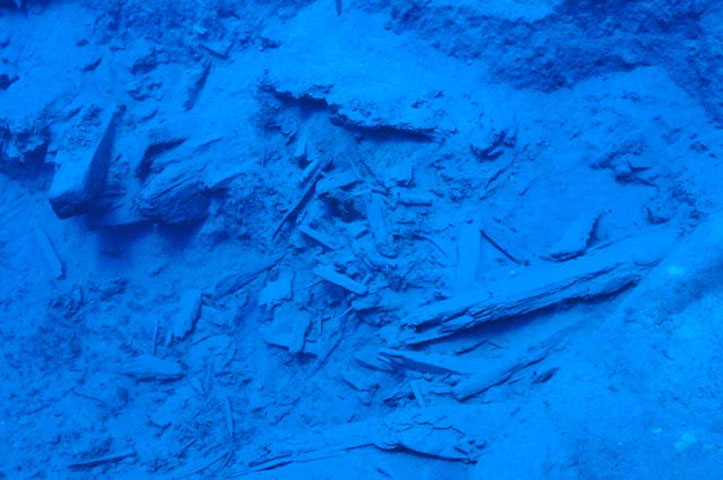 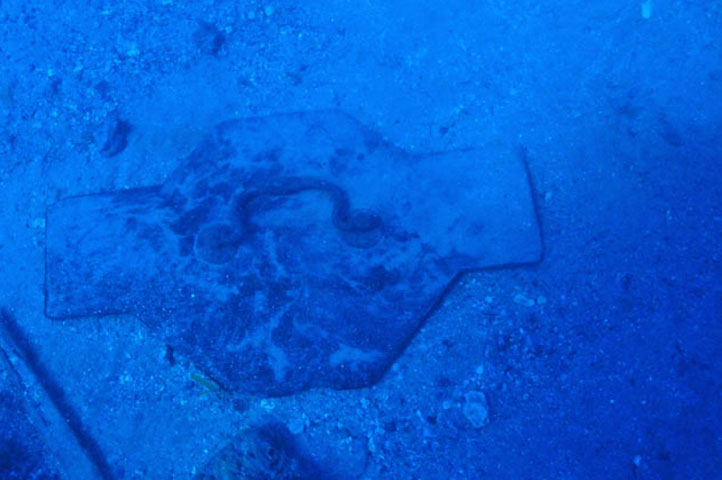 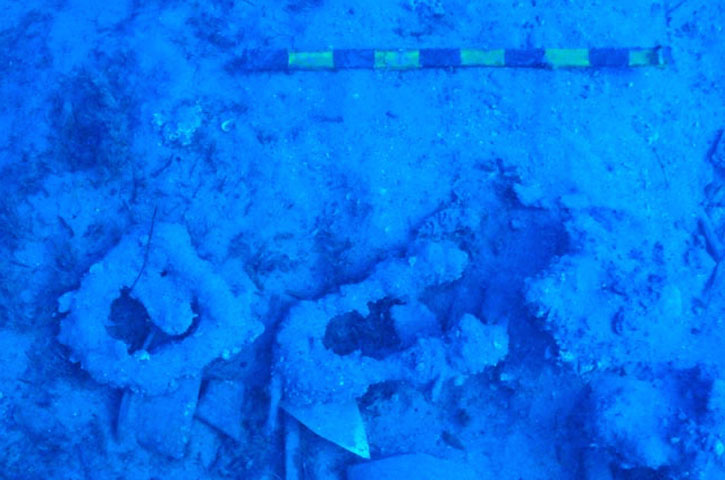 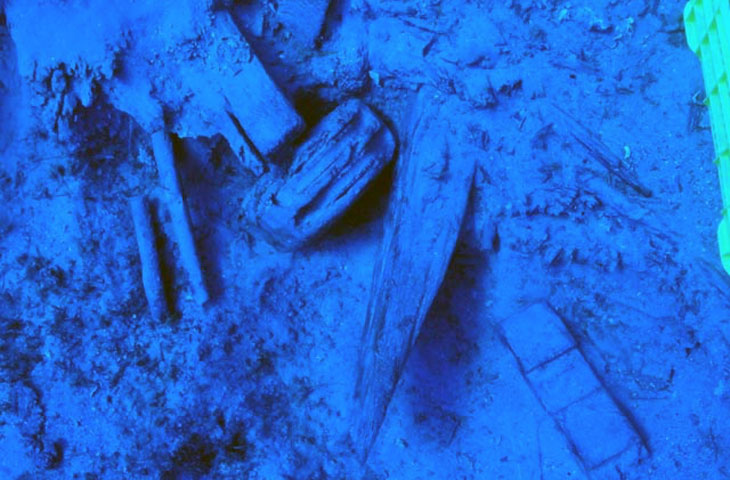 New finds during the underwater survey of the Mentor shipwreck

Off the coast of Kythera

Chess pawns, pipes, small bottles, combs, a toothbrush are some of the new finds which came to light during the underwater excavation by the Ephorate of Underwater Antiquities at the historical shipwreck MENTOR in Kythera. Mentor was a brig that carried part of the antiquities plundered from Athenian monuments by Lord Elgin. It sank off the southeastern coast of Kythera, in the Avlemonas area, in 1802. The excavations, which have been going on for five years now by the Ephorate, were carried out from July 8 until July 27, 2017.

Personal items of the passengers and the crew of the ship were found, such as chess pawns, coins, among which a golden one (Utrecht, 1756), pipes, small bottles, a bone saddle of a musical instrument, combs and a toothbrush, as well as two metal knobs with anchor depictions, belonging to a seaman’s uniform. Also the front part of a drawer and many sherds of utensils.

During this year’s underwater excavation, a trench (3mx2m) in the area near the ship’s bow was investigated. Although the hull is badly preserved, a big number of wooden pieces were found, baring witness to the ship’s destruction during the first wrecking of 1802-1804 and the ensuing activities in the area. Furthermore a significant number of pulleys, ropes and metal objects, linked to the area where one of the two masts was.