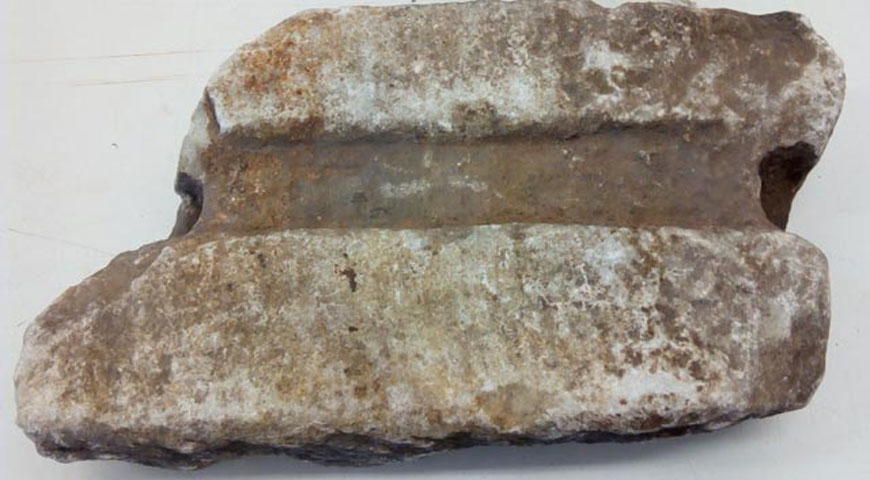 Fragment of stone water pipe repatriated to Greece from Germany

It comes from Ancient Olympia

A fragment of a stone water pipe was recently repatriated to Greece from Germany. It had been taken from the archaeological site of Ancient Olympia and illegally exported from Greece. The ancient artefact was handed over by a German citizen to the Greek Embassy in Berlin.

According to information from the German who handed it over, the fragment came from Ancient Olympia, possibly from the Stadium and had been illegally in Germany since the 1930s. As shown by the artefact’s first examination, about which Reinhard Senff, head of excavations in Olympia, was also informed, it is probably a fragment of a marble water pipe measuring 0.32×0.18×0.075 m. Its upper surface has been treated and a shallow groove, 0.057 m wide, runs through its middle for the flow of water. The formation of circular indentations at its two ends, possibly for placing links, may indicate that this fragment had been reused in the past.

It is worth noting that still preserved today at the archaeological site of Ancient Olympia are sections of a sophisticated network of pipes, usually of a type of limestone containing petrified shells, for water supply and the drainage of rainwater.