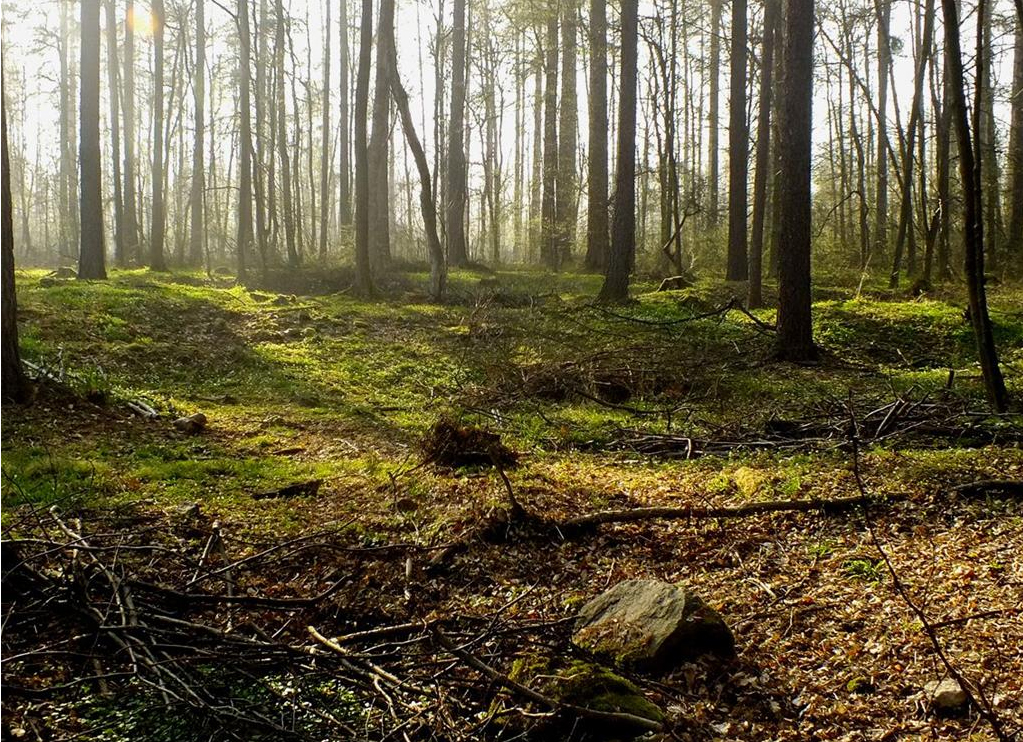 With the use of airborne laser

The lost medieval village of Goschwitz, which scientists had been searching for before World War II, was discovered near Strzelin (Lower Silesia) with the use of airborne laser scanning. Without driving a shovel into the ground, it was possible to determine the area and layout of the several hundred years old settlement.

“So far, thanks to documents from the Middle Ages, we only knew that the village of Goschwitz was founded at the end of the 13th century, and that its inhabitants paid tribute. This is why our research has yielded an enormous amount of data, some of it surprising”, said Dr. Maria Legut-Pintal from the Department of History of Architecture, Art and Technology, Wroclaw University of Science and Technology.

The discovery was made thanks to the use of airborne laser scanning (ALS), which allows to study the terrain forms even under the cover of forest or meadows. Thus obtained information allowed to reconstruct the layout of the medieval village.

“We know that it was founded at the end of the 13th century and only existed for a few decades. Now, for the first time in Poland, we have an opportunity to study such a settlement – the phenomenon of leaving the village was very rare in this area and new buildings were usually built on top of the older ones”, said Dr. Legut-Pintal.

The village of Goschwitz was probably founded by Bolko I the Strict, which started to develop the area around Strzelin. The village disappeared in mid-14th century (later, references to it ceased to appear in written sources), so it functioned only for one or two generations. Later this area became a forest.

“This situation can be compared to the Roman Pompeii – what we have here is a preserved state from a strictly defined period”, added the researcher.

The central part of the village was a rectangular square, so called village green. From the south there were farmhouses with barns, backyard gardens, and farmland stretching behind them. “Interestingly, the obtained image even shows parts of lines between the fields of individual owners. This is a unique find in Poland”, the researcher noted.

It remains a mystery for historians why the village was deserted so quickly. According to Legut-Pintal, the foundation of the village was an investment of the local prince, one on which he was supposed to get a return. It seems that in this case, however, he miscalculated. Researchers assume that the inhabitants of Goschwitz, in addition to farming (the land in this region was not very fertile) were engaged in the search for valuable ore and mining activities – shale quarries were operated in the immediate vicinity in the same period.

The data obtained are so accurate that scientists can even determine the sizes of houses. They appears to be multi-room structures, adapted for multi-generational families. Similar buildings were also built in the territory of today’s Czech Republic. The outlines are visible to the measuring device because the houses had stone foundations. The walls probably used timber framing.

The central square was not built up, although a church or residential buildings could be build there over time.

There were about 20 farmhouses in the village. Interestingly – at the time of foundation, those north of the square were of various areas. “This indicates that people in various financial situations were involved in the foundation process” – noted the expert.

Now scientists are preparing for archaeological research – in the autumn they will go into the field with geomagnetic equipment that will allow to peek below the surface without excavation and learn more about the life of the former inhabitants of Silesia. In recent years, several medieval towns have been discovered thanks to remote sensing methods – Dzwonowo and Stare Szamotuły (Wielkopolska) and Nieszawa (Kujawsko-Pomorskie), but until now no villages.