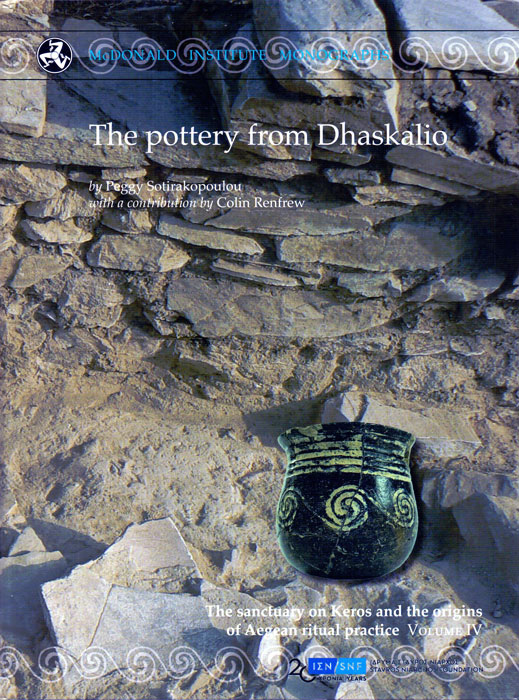 This volume treats in detail the pottery from the settlement on the islet of Dhaskalio, whose excavation is described in Volume I of the series. Much of the importance of this material lies in the undisturbed stratigraphy of the settlement, a fact that allowed for the recognition of three successive phases of occupation of the site with considerable ceramic continuity between them, as well as for safe inferences about its chronology, with wider implications for the later Εarly Βronze Αge of the Cyclades. Other important aspects of this pottery are its considerable regionalism and the fact that it is almost in its entirety imported. The study of the pottery and other finds from the site suggest that the settlement at Dhaskalio may have operated primarily as a place for periodic rather than permanent habitation and that its function was most probably connected with the rituals practiced at the opposite Special Deposits at Kavos. The character of Deposits at Kavos seems to have declined, and the site may increasingly have grown to be a centre of commercial exchange with other islands and areas.