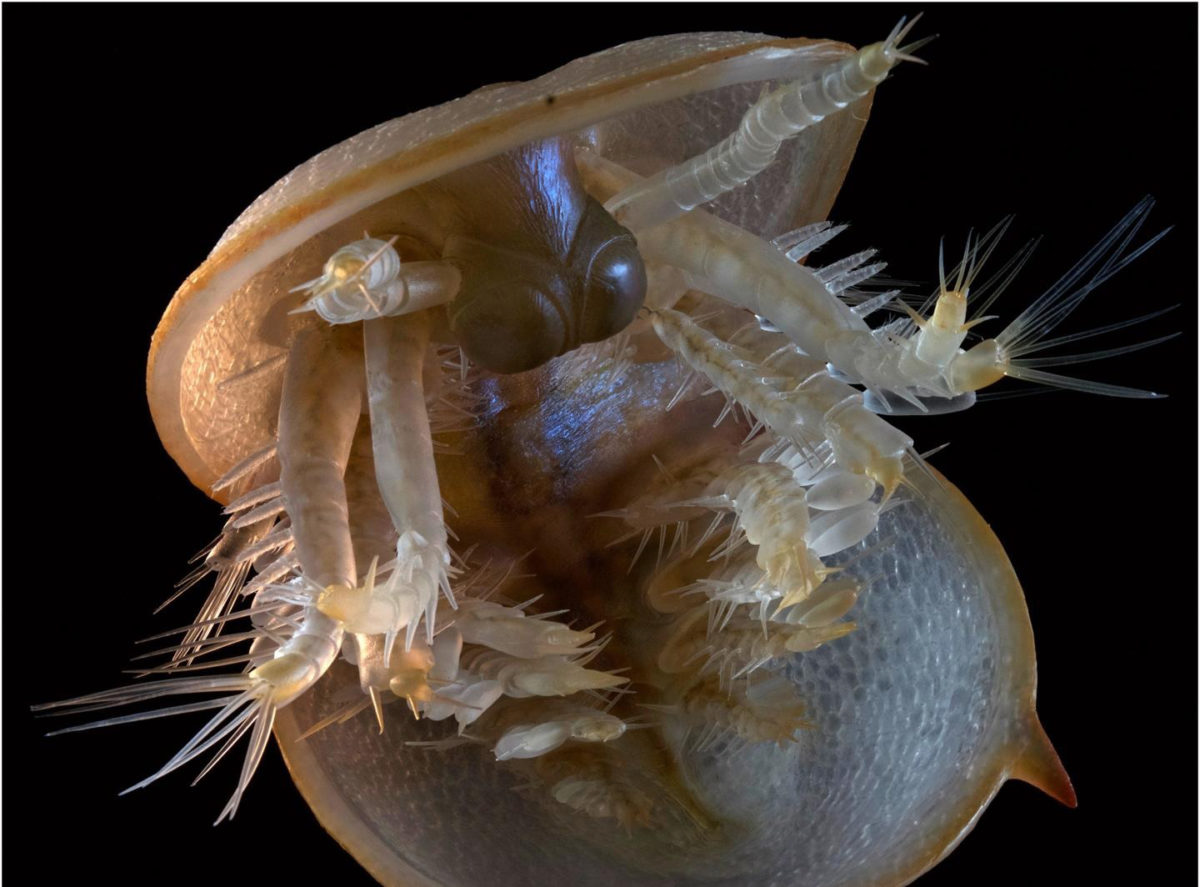 Celebrity fossil reveals all for science

With the help of an artist, a geology professor at Lund University in Sweden has figuratively speaking breathed life into one of science’s most well-known fossil species; Agnostus pisiformis. The trilobite-like arthropod lived in huge numbers in Scandinavia a half-billion years ago. Today, this extinct species provides important clues for science in several ways.

Despite its small size, Agnostus pisiformis is a remarkable and useful fossil. The extinct animal was just one centimetre in size when adult, but has been found exceptionally well-preserved and in large numbers. And it is not only the outer hard shells – even the animal’s soft tissue has been found so well preserved that it is possible to create extremely detailed sculptures that show what the tiny creature looked like.

“The sculptures have been greatly scaled up and show the animal’s complete anatomy down to the smallest detail, including all the extremities and antennae”, says Mats E. Eriksson, geology professor at Lund University.

Eriksson’s research focuses mainly on microscopic fossils and attempts, among other things, to reconstruct ecosystems that are several hundred million years old.

The sculptures were created in connection with a research article he wrote on Agnostus pisiformis. He was assisted by the Danish artist and designer, Esben Horn, whose company, 10 Tons, specialises in producing lifelike sculptures of both extant and extinct organisms for museums and institutions around the world.

The ancient Agnostus pisiformis is mainly known from Scandinavia, but it has been recorded also elsewhere, for example in England and Russia. Due to the fact that the species only lived for a limited period of time just over 500 million years ago, it is possible to use the fossilto date various rocks, which explains why Agnostus pisiformis is a celebrity within science.

However, the species is not only useful for researchers as a time reference, as it also gives them valuable insights into ancient life on Earth. This fossil is so well-preserved and occursin such large numbers that it is possible to understand its complete development, from juvenile to adult.

“The incredible degree of preservational detail means that we can grasp the entire anatomy of the animal, which in turn reveals a lot about its ecology and mode of life”, says Mats E. Eriksson.

He now hopes that the sculptures of Agnostus pisiformis will become part of a travelling exhibition on the long lost faunas that existed in the oceans more than 500 million years ago. He wants to spread the knowledge about early lifeduring what he regards as a very exciting time in Earth history. He also wants to highlight that palaeontology, that is, the study of fossils, is not just about dinosaurs.