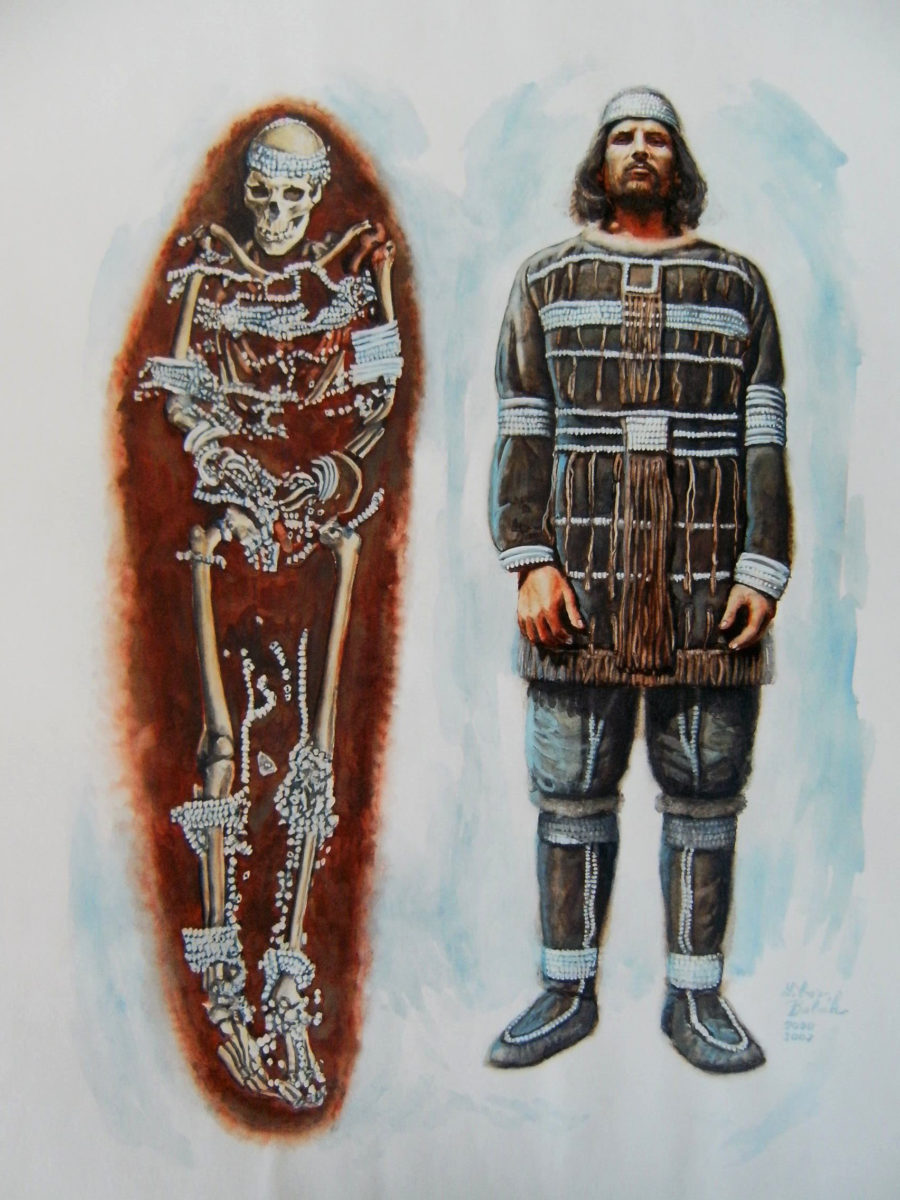 Early humans seem to have recognised the dangers of inbreeding at least 34,000 years ago, and developed surprisingly sophisticated social and mating networks to avoid it, new research has found.

The study, reported in the journal Science, examined genetic information from the remains of anatomically modern humans who lived during the Upper Palaeolithic, a period when modern humans from Africa first colonised western Eurasia. The results suggest that people deliberately sought partners beyond their immediate family, and that they were probably connected to a wider network of groups from within which mates were chosen, in order to avoid becoming inbred.

This suggests that our distant ancestors are likely to have been aware of the dangers of inbreeding, and purposely avoided it at a surprisingly early stage in prehistory.

The symbolism, complexity and time invested in the objects and jewellery found buried with the remains also suggests that it is possible that they developed rules, ceremonies and rituals to accompany the exchange of mates between groups, which perhaps foreshadowed modern marriage ceremonies, and may have been similar to those still practised by hunter-gatherer communities in parts of the world today.

The study’s authors also hint that the early development of more complex mating systems may at least partly explain why anatomically modern humans proved successful while other species, such as Neanderthals, did not. However, more ancient genomic information from both early humans and Neanderthals is needed to test this idea.

The research was carried out by an international team of academics, led by the University of Cambridge, UK, and the University of Copenhagen, Denmark. They sequenced the genomes of four individuals from Sunghir, a famous Upper Palaeolithic site in Russia, which is believed to have been inhabited about 34,000 years ago.

The human fossils buried at Sunghir represent a rare and highly valuable, source of information because very unusually for finds from this period, the people buried there appear to have lived at the same time and were buried together. To the researchers’ surprise, however, these individuals were not closely related in genetic terms; at the very most, they were second cousins. This is true even in the case of two children who were buried head-to-head in the same grave.

Professor Eske Willerslev, who holds posts both as a Fellow at St John’s College, Cambridge, and at the University of Copenhagen, was the senior author on the study.

What this means is that even people in the Upper Palaeolithic, who were living in tiny groups, understood the importance of avoiding inbreeding, he said.

The data that we have suggest that it was being purposely avoided.

This means that they must have developed a system for this purpose. If small hunter-gatherer bands were mixing at random, we would see much greater evidence of inbreeding than we have here.

Early humans and other hominins such as Neanderthals appear to have lived in small family units. The small population size made inbreeding likely, but among anatomically modern humans it eventually ceased to be commonplace; when this happened, however, is unclear.

Small family bands are likely to have interconnected with larger networks, facilitating the exchange of people between groups in order to maintain diversity, Professor Martin Sikora, from the Centre for GeoGenetics at the University of Copenhagen, said.

Sunghir contains the burials of one adult male and two younger individuals, accompanied by the symbolically-modified incomplete remains of another adult, as well as a spectacular array of grave goods. The researchers were able to sequence the complete genomes of the four individuals, all of whom were probably living on the site at the same time. These data were compared with information from a large number of both modern and ancient human genomes.

They found that the four individuals studied were genetically no closer than second cousins, while an adult femur filled with red ochre found in the children’s’ grave would have belonged to an individual no closer than great-great grandfather of the boys.

This goes against what many would have predicted, Willerslev said.

I think many researchers had assumed that the people of Sunghir were very closely related, especially the two youngsters from the same grave.

The people at Sunghir may have been part of a network similar to that of modern day hunter-gatherers, such as Aboriginal Australians and some historical Native American societies. Like their Upper Palaeolithic ancestors, these people live in fairly small groups of around 25 people, but they are also less directly connected to a larger community of perhaps 200 people, within which there are rules governing with whom individuals can form partnerships.

Most non-human primate societies are organised around single-sex kin where one of the sexes remains resident and the other migrates to another group, minimising inbreeding says Professor Marta Mirazón Lahr, from the Leverhulme Centre for Human Evolutionary Studies at the University of Cambridge.

At some point, early human societies changed their mating system into one in which a large number of the individuals that form small hunter-gatherer units are non-kin. The results from Sunghir show that Upper Palaeolithic human groups could use sophisticated cultural systems to sustain very small group sizes by embedding them in a wide social network of other groups.

By comparison, genomic sequencing of a Neanderthal individual from the Altai Mountains who lived around 50,000 years ago indicates that inbreeding was not avoided. This leads the researchers to speculate that an early, systematic approach to preventing inbreeding may have helped anatomically modern humans to thrive, compared with other hominins.

This should be treated with caution, however:

We don’t know why the Altai Neanderthal groups were inbred, Sikora said.

Maybe they were isolated and that was the only option; or maybe they really did fail to develop an available network of connections. We will need more genomic data of diverse Neanderthal populations to be sure.

Willerslev also highlights a possible link with the unusual sophistication of the ornaments and cultural objects found at Sunghir. Group-specific cultural expressions may have been used to establish distinctions between bands of early humans, providing a means of identifying who to mate with and who to avoid as partners.

The ornamentation is incredible and there is no evidence of anything like that with Neanderthals and other archaic humans, Willerslev added.

When you put the evidence together, it seems to be speaking to us about the really big questions; what made these people who they were as a species, and who we are as a result.

The research paper, Ancient genomes show social and reproductive behaviour of early Upper Paleolithic foragers, is published in the October 5 issue of Science.