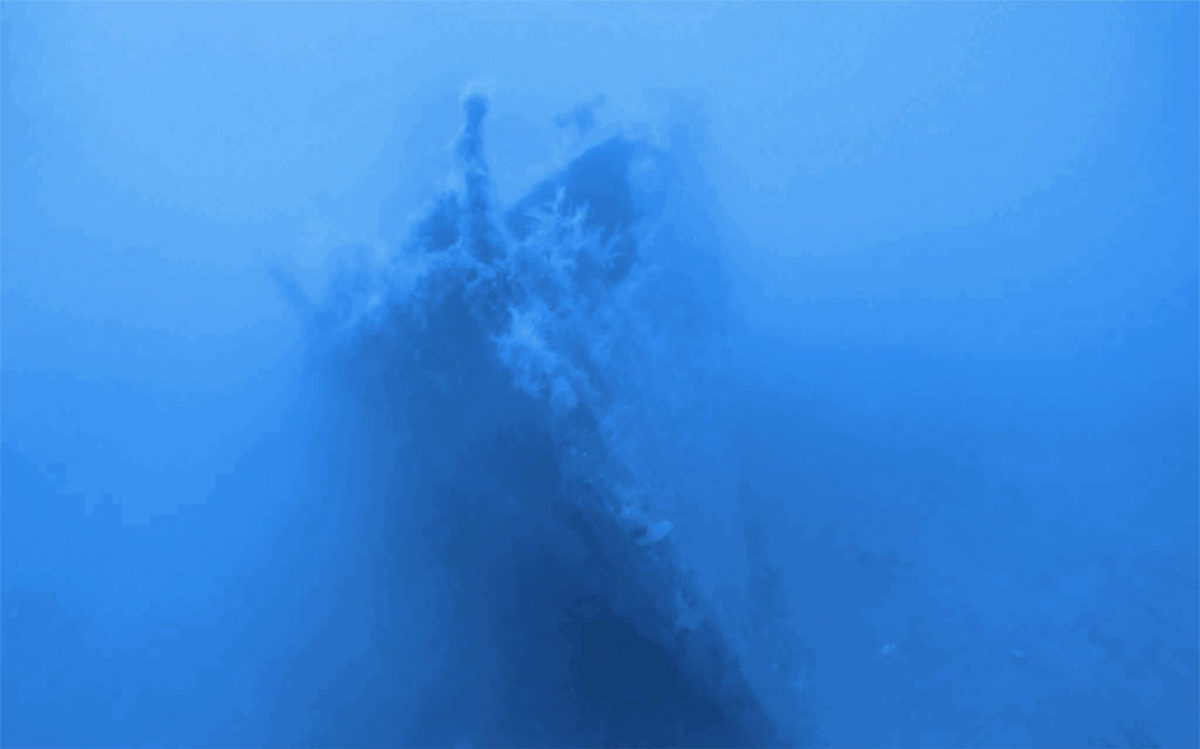 The tragic story of the loss of HMS Royal Oak in the first weeks of the Second World War is well known in Orkney and further afield, but there has always been mystery surrounding the location of one of the small vessels that was used by sailors attempting to escape from the sinking battleship.

Orkney Research Centre for Archaeology (ORCA), the University of the Highlands and Islands Archaeology Institute and SULA Diving can now confirm the position of the missing HMS Royal Oak steam pinnace.

HMS Royal Oak was a Royal Navy battleship which was moored in Scapa Bay as an antiaircraft platform to help defend a vital radar station on the cliffs. On the night of 13 October German submarine, U-47 manoeuvred into Scapa Flow and finding the Royal Oak at anchor fired torpedoes which led to the sinking of the huge ship. 834 men were lost of the 1,200 crew on-board with the few survivors struggling in the cold oil-covered water. Research shows that two 50-foot picket boats were on onboard HMS Royal Oak when she was torpedoed. Number 749 was built by J Samuel.

Documentary evidence indicates that around 100 crew members abandoned ship via her port side pinnace, which had a lifesaving capacity of 59. The Starboard side pinnace went down with Royal Oak and can be seen on the seabed a short distance from the wreck. The small pinnace had not got up steam so boards were used to paddle the vessel away from the sinking Royal Oak. The pinnace began to rock due to being overloaded and the chief buffer tried to counter the movement by shouting instructions ‘’Lean to starboard, lean to port’. Some on deck were ordered below to make more room as more men tried to climb onboard.

Dick Kerr who was hanging on the side of the small vessel says, he heard someone start singing ‘Down Mexico way, south of the border’’ and a few others joined in. A short while later the pinnace capsized throwing those on deck into the water and trapping those who had gone below. Some crew scrambled onto the upturned hull but many were lost. The vessel then righted herself, capsized once more and then sank.

The site had been previously side scanned by SULA Diving as part of a survey for OIC Harbours but the identity of the craft had not then been established.

As part of the project, a dive survey was conducted by SULA Diving of Stromness on the contact to establish that this was the missing port side pinnace.

Diver, Wayne Allen, of Wayne Allen Technical said, “It was a privilege to be able to assist SULA Diving in recording these historically important sites.”

NOTES
1. University of the Highlands and Islands